New Grange had its origins in the organisation and economy of the Cistercian abbey at Kirkstall. Even before the Dissolution of the Monasteries in 1539 the estate experienced the shift from monastic control to the Crown and the rise of ambitious local landowners in post reformation society.

By the 16th century, the Foxcroft family and their neighbours and rivals the Wades, both hailing from the Halifax area, had ambitions which were to manifest themselves in the acquisition of land and local political power. Judith Foxcroft, Thomas's daughter, married Anthony Wade in 1590 and as a result, New Grange became the Wade family seat for the next 200 years.

The remodelling of New Grange illustrated a display of wealth and power by Benjamin Wade in 1626. Later in 1752 Walter Wade employed the Palladian architect James Paine to rebuild the house, thought to be the earliest example of the 'villa with wings' although sadly the east wing has been demolished. The Wade family vacated New Grange around 1795 and let the mansion out to a succession of influential tenants most notably John Marshall, the flax merchant. In 1832 the remaining Wade family finally sold New Grange to William Beckett, the eminent banker.

Beckett remodelled the house and improved the grounds, changing the name to Kirkstall Grange thereby linking the estate with the renowned romantic abbey ruins in the Aire valley below. The Beckett family sold the estate in 1908 to Leeds Corporation to establish a teacher training college with the Grange incorporated as one of the men's hostels. 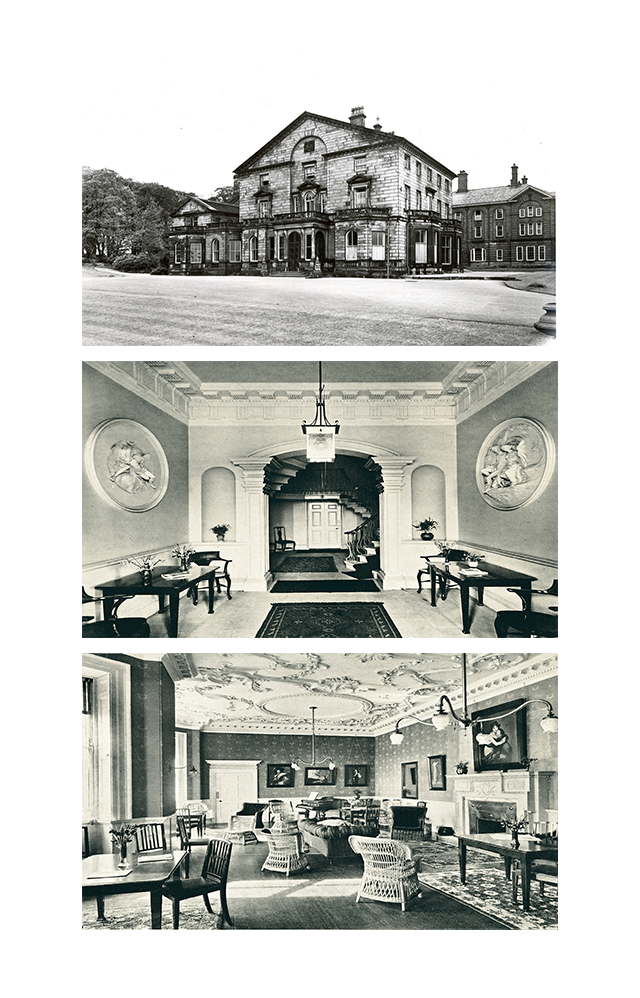 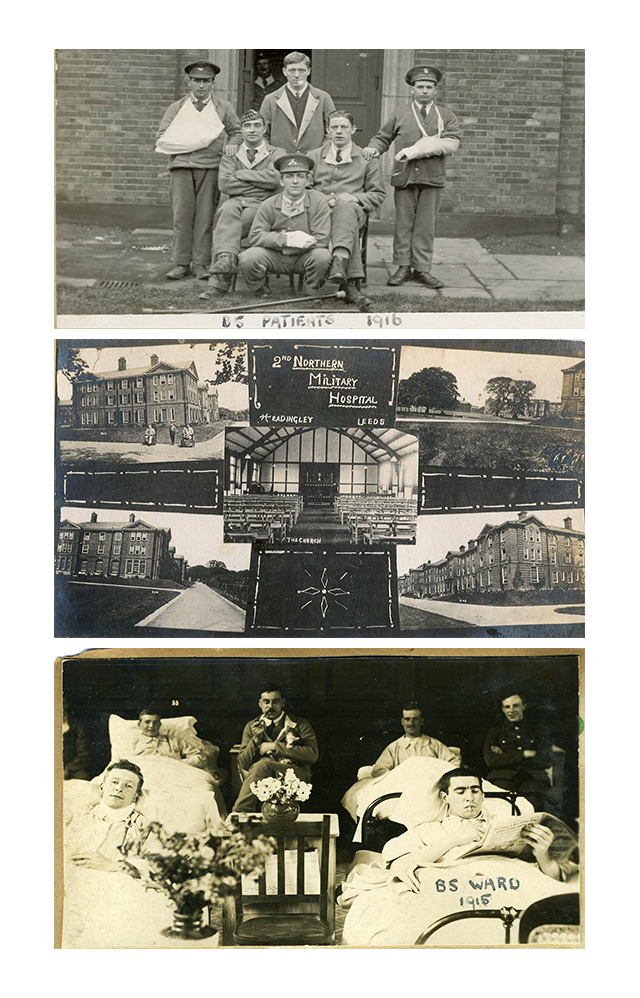 The City of Leeds Training College was officially opened in June 1913, a state-of-the-art teacher training facility fit for the twentieth century. In August 1914 Beckett Park was designated the 2nd Northern General Hospital, part of a chain of Territorial and Reserve Forces hospitals which were spread across the country created in anticipation of casualties. The first casualties arrived in September. Conservative estimates record that the hospital admitted 57,200 cases, performed 11,694 surgical procedures and witnessed 226 men die; however, the numbers may have been considerably higher.

The James Graham building which today houses the library, Great Hall and lecture theatres, was once known as the Education Block. It acted not only as the administrative centre for the 2nd Northern General Hospital but included wards, operating theatres and workshops during World War One.

On 13 October 1933 the Carnegie Physical Training College was officially opened by Lord Irwin. The college was built in response to the perceived need for quality training for men who were teaching physical education. This was a requirement identified as early as 1923 by Captain Grenfell’s survey of boys' secondary schools in which he lamented the lack of male teachers and the “inefficiency” of the training.

In 1929 the Government and Carnegie UK Trust had established a joint committee to look into the establishment of a college of physical education for male teachers. The Carnegie Trust supplied a grant for £30,000 towards the cost of building such a college. James Graham, Director of Education for Leeds was the driving force behind the Leeds bid to be the venue, though he died before the completion. He envisaged the new Carnegie Hall sited next to the existing City of Leeds Training College.

Carnegie Hall was a replica of the original 1912 halls of residence and contained 60 study bedrooms, a common room, dining room, lounge and library. Carnegie students enjoyed many of the facilities including the swimming pool and social functions such as dances and concerts. The first warden of Carnegie was Ernest Major; his leadership set the foundation of Carnegie’s reputation as a centre of quality in the teaching of physical education at both a national and international level. In 1938 he negotiated further funds to allow extensions to Carnegie Hall to take place, including a second gymnasium.

1968 saw the merger of Carnegie and the City of Leeds College of Education to form the City of Leeds and Carnegie College. John Evans was appointed Director of Carnegie School a post he held until 1976. In the early 1970s renovation took place of the original 1912 swimming pool and expansion and improvement of the sports facilities including a new all-weather running track. 1976 saw the College merge with Leeds Polytechnic with Clive Bond appointed as Head of Carnegie School, John Evans took on the role of Deputy Director of Leeds Polytechnic.

The influence and reach of Carnegie and its former students were considerable. A 1955 report recorded that between 1934 and 1953 12 of 790 students became HM Inspectors. Most heads of physical education in universities were former students and others had filled positions throughout sports education including local education authority organisers, as well as teachers in public, grammar, secondary and primary schools. 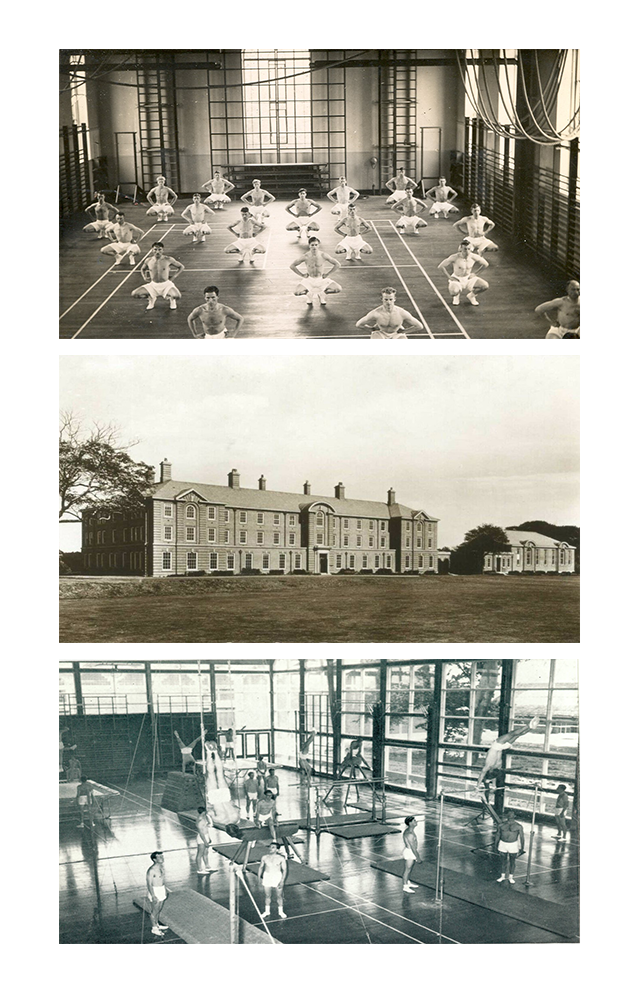 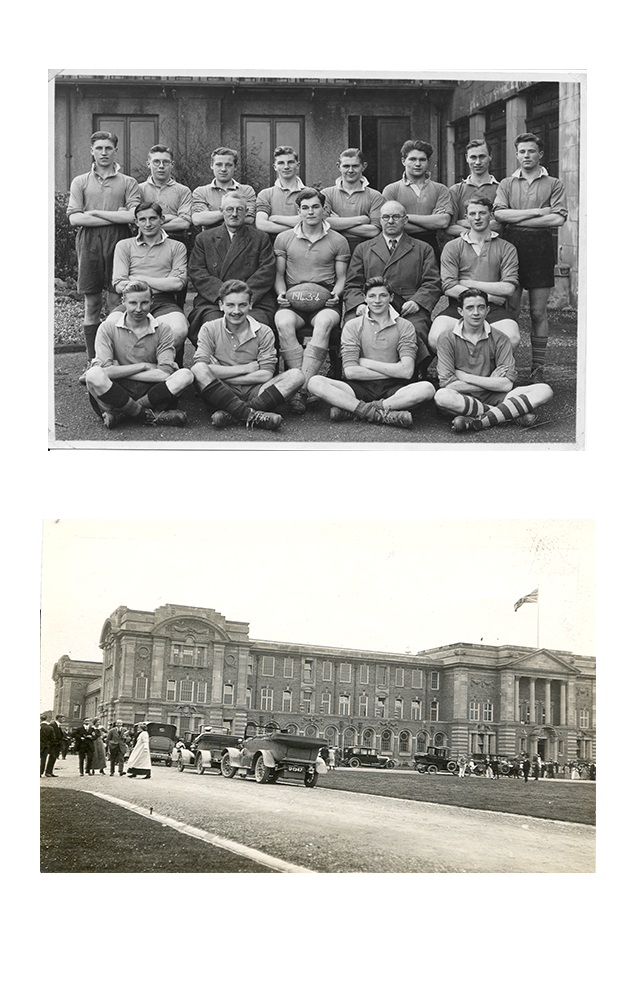 In 1938 contingency plans were drawn up to convert the college premises back into a hospital. The college had only fully recovered the campus eleven years earlier from its role as a military hospital, with the last temporary wooden wards only disappearing from the playing fields in 1927.

On 3 September 1939, a requisition order was pushed through and as Principal RW Rich ruefully observed, the college was in military hands before lunchtime. Whilst the Training College moved to Scarborough taking up residence in vacant resort hotels, Carnegie College of Physical Training closed and wouldn’t reopen until 1946.

During WW1, the college had been requisitioned piecemeal, in WW2 however, the whole college was under military control in one fell swoop. Initially, the buildings became known as the 18th General Hospital. Work began apace; walls removed, doors repositioned, sluices created, and a lift installed in the James Graham Building (then known as the Education or Main Block). By November the hospital was on the way to having a capacity for 1,200 beds.

Abruptly work on the hospital was halted as the expected number of casualties had not arisen and by December the campus became No. 11 RAMC Depot. In June 1942 the Depot was joined by the 21st Primary Training Centre providing training facilities for officers and other ranks. Repurposing of buildings continued throughout the war as operational needs evolved. The James Graham building became the hub of the facility designated the Training Establishment, among its many functions it housed the chief instructors office, barracks, quartermaster, an isolation ward, psychiatrist’s office, engineers, stores and even a butchery department.

Finally, the college returned to Beckett Park in January 1946, with five hostels operational and most of the James Graham building. 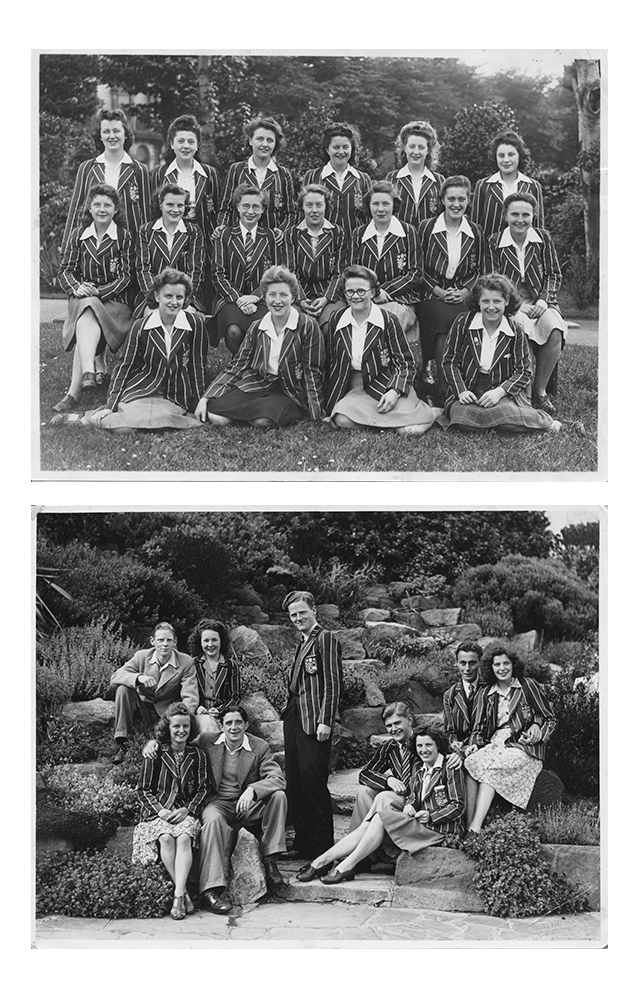 Neighbouring Carnegie College of Physical Training closed at the start of the war and did not reopen until 1946. Carnegie closed for seven years during WW2 because as an all-male college almost all their current and potential students would be called up for military service, unlike the City of Leeds Training College which comprised of many female students.

The Board of Education planned for the women of the college to evacuate to Loughborough in the event of war; this was not realised as many male students were exempted from military service thereby creating an accommodation problem. The Training College made its own plans and gained approval to move to Scarborough.

By 1 November 1939, the college had implemented a full timetable and sported the new address of, The City of Leeds Training College, High Cliffe, Filey Road, Scarborough. High Cliffe became the new Education Block for teaching and administration and Victoria Hall, part of the Holy Trinity Church, used for Physical Training. Negotiations with Scarborough College allowed the Leeds College access to various playing fields.

When the war ended the college moved back to Leeds in December 1945. To commemorate the stay the Scarborough hoteliers commissioned locally born artist Kenneth Rowntree to paint a scene of the South Bay.