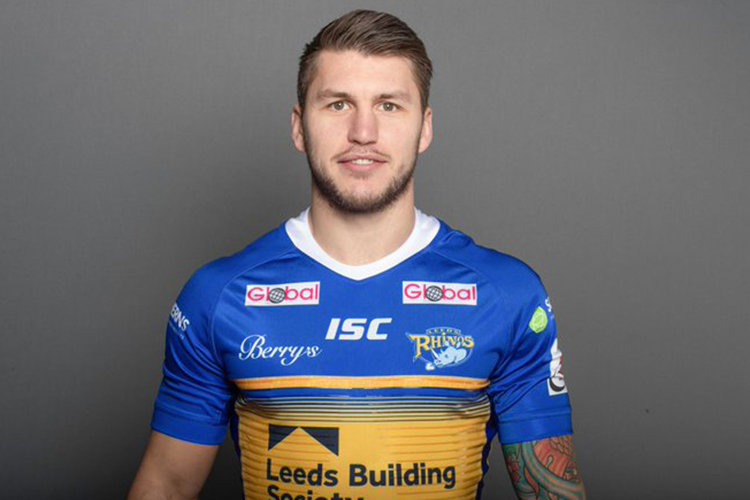 Tom Briscoe graduated in 2020 with a degree in Sport & Exercise Science, which he completed part-time whilst also playing top level professional rugby league with Leeds Rhinos.

“I chose Leeds Beckett University because of the close partnership it has with Leeds Rhinos as well as being a highly regarded university for sports. It was really important for me to be able to balancing my rugby, my studies, and everyday life - it was probably the hardest thing to get right. During the time that I was completing my degree, my wife has had three children which alongside playing rugby, didn’t leave much time spare time for my studies.

“Some days I had to change training or finish early in order to make exams or important lectures. After training I would get home to sort the kids out, and then when they were in bed, I’d try to get in a couple hours of studying per night. This was sometimes difficult to do after a long day. I tried to break down my tasks and do things little and often to keep up to everything, as I knew I wouldn’t be able to cram everything in at the last minute, as I didn’t have the time.”

Tom credits Leeds Beckett as being able to make sure that everything worked for him and that he could get the most from his studies despite his hectic schedule. “The university has been great. I wouldn’t have been able to complete the course without their support. I was able to work my seminars and lectures around my other commitments and if something changed last minute, which happens quite often in sport, the tutors were always there to offer support and catch me up on any work that I missed.

“In the first few years there were very few lecture recordings online, but the module leaders would make the effort to get them recorded and sent to me which was a massive help. Towards the end of my degree, most of the work was put online which made it much easier and just meant I didn’t have to chase them up.”

The Sport & Exercise Science course was a perfect fit for Tom, allowing him to take his passion for sport and develop his knowledge in the field. “My favourite part of the course has been how varied it is. I’m more of a practical learner and the course is suited to that style of learning. We had the chance to use a lot of equipment that I would have never used otherwise. I would 100% recommend the course to anyone who is interested and looking into it.”

In Tom’s opinion, the make up of the course isn’t the only reason that student’s should want to come and study in Leeds. “Leeds is also a great city because of the variety of things it can offer, from the restaurants to nightlife and shopping. Then there’s the sporting heritage in the city which I’m proud to be part of. There’s football, rugby and many other sports on offer.”

His career and time at Leeds both on and off the field has already been full of highlights, and Tom knows there will be more to come. “Some of my proudest sporting moments have been winning the Challenge Cup final in 2015 where I scored five tries and won the Lance Todd Trophy for my man of the match display. Also, making my debut for England.

“If you’re interested and willing to put the effort in, then Leeds Beckett is a very rewarding place to study. It’s not an easy journey studying part time but all the effort is worth it in the end. I am really proud to have finished my degree with a first, and it will be another proud moment for me and my family when I do get to walk across the stage to receive my graduation certificate.”