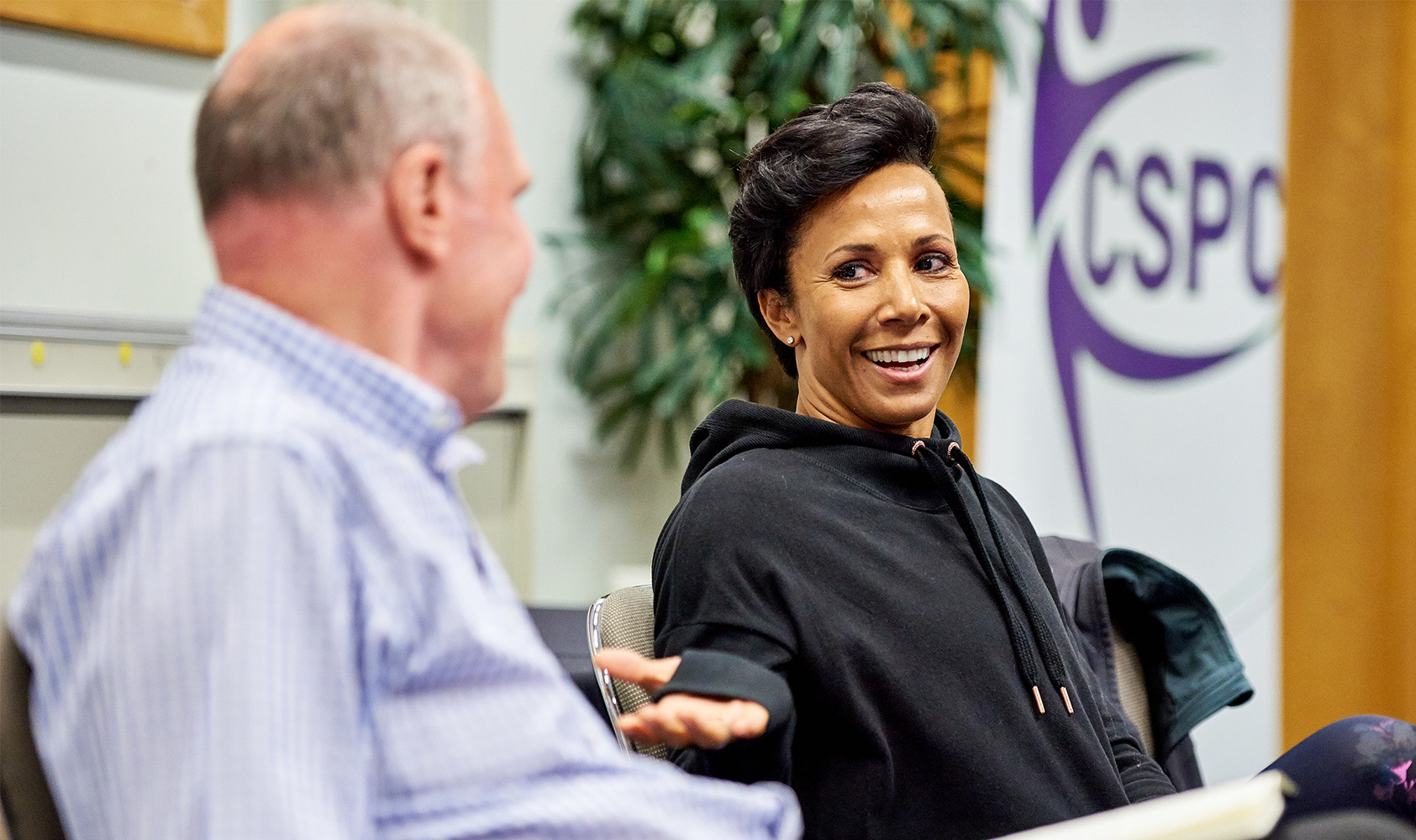 Back to Alumni News

written by Richard Allen | 25 May 2019
Double Olympic gold medallist Dame Kelly Holmes shared insights into her road to success and her battles with mental health during an event at Leeds Beckett University.

She took part in a Q&A and signed copies of her new book Running Life at the event, at the university’s Headingley Campus on Thursday 23 May.

Dame Kelly became a figurehead for British sport after winning the 800m and 1,500m finals at the 2004 Olympic games in Athens.

A former sergeant in the British Army, Dame Kelly has forged a successful media career since her retirement from athletics and established the Dame Kelly Holmes Trust to support young athletes and help disadvantaged young people across the UK.

In 2005, she was awarded an Honorary Doctor of Sport Science by Leeds Beckett (then known as Leeds Metropolitan) and during her career worked closely with renowned Leeds-based physiotherapist Alison Rose, of CSPC Physiotherapy.

Since stepping off the track, Dame Kelly has publicly revealed her issues with mental health, which led to her self-harming.

Fellow honorary graduate Malcolm Brown MBE, who worked with Dame Kelly ahead of her double gold medal winning performance at the Athens Olympics in 2004, hosted the Q&A session with her. He said: "It was wonderful to see Dame Kelly Holmes back on Beckett Park where she prepared for her epic Olympic races in Athens.

"Since then, she has carved out multiple careers in public speaking, assisting retiring athletes, writing books and so much else. She loves a challenge and is a fantastic example to students of the merits of hard work, persistence and commitment over time.”

Peter Mackreth, Dean of Leeds Beckett's Carnegie School of Sport, said "Mental health in sport at all levels is now rightfully being discussed more openly in the public arena.

"Dame Kelly Holmes is one of the giants of world sport and it is a privilege to welcome her back to Leeds Beckett University to share her experiences in this area."