After graduating from Leeds Beckett in 2003, Jane Dowson began a career as a councillor that would lead to her being elected Lord Mayor of Leeds in 2017. Inspiring children to enjoy sport and lead an active lifestyle

Olympic heroes Alistair and Jonny Brownlee have a long history with Leeds Beckett University. The brothers first came here to train as triathletes when they were 16 and 14 respectively. Since they first began training at Leeds Beckett, they have attained Olympic glory not once but twice and were awarded honorary degrees by the university in 2019. 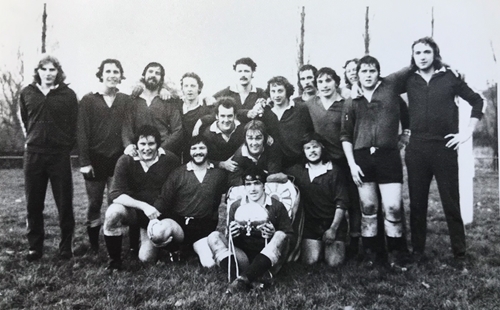 Supporting the next generation

Our community of alumni and friends have donated more than £600,000 over the last three years to support students at Leeds Beckett University.

Thousands of school children have been getting active as part of a health drive set up by Leeds Beckett University. The 30:30 Wristband Challenge was launched last October to help boost physical activity among the city’s primary school pupils. It has been so successful that the project has now been expanded to include secondary school pupils.

Making the world a happier and healthier place

Chief Operating Officer of parkrun Global, sport & exercise science graduate Tom Williams has had a major impact on the health and happiness of individuals in communities around the world.

Dee Caffari is the first woman to have single-handedly sailed non-stop around the world in both directions.

A champion for women's development in business, Denise completed a postgraduate diploma at Leeds Beckett University in EU Law in 1980.

Diversity in the Arts

Throughout her career, alumna and honorary graduate Sharon Watson has been a fierce advocate for diversity in the arts, aiming for it to be seen, noticed and supported in all its aspects.

Providing a voice for girls, women and their families

Over the last 22 years graduate Nahid Rasool has dedicated herself to supporting BAME women and children across the city.

To commemorate the 50 years since Leeds Polytechnic was established, Bernard Higgins has kindly donated several items to the university’s archive as a record of his time at Carnegie.