A recent prison inspectors report on HMP Full Sutton has praised the impact of a Leeds Beckett University initiative which saw students study alongside prisoners.

Leeds Beckett University is helping raise the English standards of pupils in year groups sometimes overlooked by schools. Reading and writing are a key focus for all primary and secondary schools as they aim to increase literacy levels - but schools frequently target specific year groups for exam support and extra intervention as pupils approach crucial exams.

Introducing: impact in our region

At Leeds Beckett University, we have a well-established, enviable track record as a leading institution driving forward regional growth. In the unprecedented times we now find ourselves living in, the impact in this area we make will take new forms and will be more valuable than ever in the months and years ahead. Leeds Beckett University has launched its own publishing company in a bid to offer a more diverse range of literature for children. The Story Makers Press is working with established authors and schools from across the region to create a diverse range of books by generating ideas through drama and creative writing workshops. Based at the university’s Carnegie School of Education, the Press has now launched its first book, The Nightmare Catcher, after working alongside pupils at Beeston Primary in Leeds. A Leeds Beckett initiative has been recognised for helping to set local schoolchildren on the path to university.  The Junior Leadership Scheme scooped the Social Mobility Award at the Educate North Awards.The scheme is a two-year intervention aimed at raising students’ aspirations to higher education, confidence and attainment at GCSE level.

Leeds Beckett University is ranked in the top 10 universities in the UK for taking in a range of students from different backgrounds.A report by the Higher Education Policy Institute (HEPI) placed Leeds Beckett at seventh, after looking at the equity of participation in UK universities. 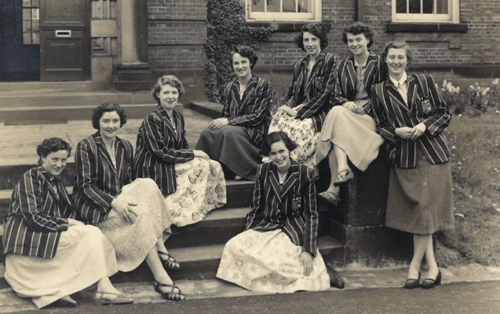 Our campus community throughout the years

Graduate Patricia Belford remembers life on campus when she studied her primary teacher training course at what was then known as the City of Leeds Training College.

Young victims of the Manchester bombing took part in an outdoors activity week jointly delivered by Leeds Beckett’s Carnegie Great Outdoors and the charity Climbing Out. The young people, aged between 10 and 16 years old, spent a week in the Lake District doing activities including canoeing, abseiling, climbing, hill walking and ghyll scrambling all aimed at personal development. Leeds Law School Law Clinic brings students closer to the community. Law students provide free and confidential advice to members of the public, with final advice letters authorised by a practising solicitor supervisor. The law clinic has provided advice to nearly 70 clients since opening in October 2018 and it is regulated by the Solicitors Regulation Authority.