In this post, Dr Lindsay Smales, Senior Lecturer in Planning, Housing and Geography, looks back at the recent student field trip to take in sustainable regeneration projects in Lille.

Year one students on the Human Geography and Planning courses have recently spent a week exploring innovative sustainable regeneration projects in Leeds’s twin city of Lille, France. Following a workshop with students at our partner college, Lycee Pasteur, visits were made to the city’s Euratechnologies neighbourhood, the South Lille Regeneration Area and the Velo cycling scheme. Students and staff were shown around the city’s impressive efforts to become more sustainable by planning and design officers from Lille City Council.

Highlights of the field trip include hearing the story of the 70 million Euro conversion of a giant former textile mill into a centre for hi-tech start-ups, seeing a mixed-use urban neighbourhood which makes extensive use of Sustainable Urban Drainage Systems (SUDS) and a new housing area where high quality affordable and social housing has been built alongside apartments for sale, the focal point of which is a green, flexible community cultural building with a huge urban park on its roof.

Students also got to experience being in a city with an integrated approach to public transport. This includes a driverless metro system, a state-of-the-art tram network and local buses which run on bio fuel partly created out of the vegetable leftovers from school dinners. Whilst in Lille both Leeds Beckett and Lycee Pasteur students and staff were interviewed live on BBC Radio Leeds as part of a three-hour-long broadcast on the links between the two cities, marking the recent bid by Leeds to become European City of Culture in 2023 - Lille having been awarded that accolade in 2004.

During the broadcast, I explained that we were in Lille to explore the city’s innovative approach to sustainable urban regeneration, housing design and integrated public transport.

Leeds Beckett students Sophie Wood and Sam Finley told the reporter how important it was for them as planners and geographers to see the ways in which our European neighbours are addressing pressing civic issues, with a view to taking home to Leeds any transferable lessons in best planning practice. The staff and students from our partner college, Lycee Pasteur, were also interviewed for the programme and said they were looking forward to coming to Leeds on their next reciprocal visit in February 2018.

Sophie’s father and former geography teacher were able to listen to her interview live via the web.

On returning to their studies in Leeds the students are writing reports explaining how Lille is striving to become one of Europe’s most sustainable cities. This trip was the ninth successive visit to Lille and next year sees us celebrating a decade in the life of our partnership with the local college and Lille City Council, and the 50th anniversary of the twinning arrangement between Leeds and Lille.

During the first week in December seven of our Year Two Planning students will also be visiting Lille with members of staff to take part in a European Union funded Erasmus Workshop on the future of post-industrial development sites, when they will be working alongside other students from Romania, Italy, Germany and France. 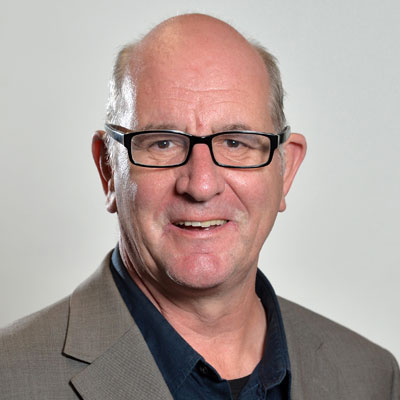 Lindsay is a Senior Lecturer in Urban Design and Community Planning.