We are now not far into the New Year and it is National Obesity Awareness Week. If you have made a new year’s resolution to improve your health, here are a few small nudges that would have a true impact on your family meals. Some of the key components of a healthy meal for a family can be seen in the traditional Sunday meal, portion of potatoes (starchy carbohydrates), a portion of meat (protein), and a heap of veggies.

At some point near the end of many weight management programmes service-users are asked “Would you mind completing this short survey about the programme”? Questions usually focus on a range of issues such as the usefulness of the programme, staff support, facilities, communication, post-programme goals etc. A rating scale is often presented and instructions given to respond between 1 and 10, with 1 reflecting that you ‘strongly agree’ and 10 ‘strongly disagree’ with a particular statement. We believe it is important to gain the views and options of services-users about their programme experiences.

The concept of a whole systems approach has seen a dramatic rise in popularity in recent years. Five years ago, you would have struggled to find this terminology, yet today its use seems ubiquitous. Defined as a 'strategic integrated approach to planning and delivering services', a quick internet search demonstrates examples in patient safety, acute kidney injury, public financial management, active lifestyles, youth justice, asthma management, homelessness, dementia care and poverty, to name but a few.

What are the Government doing to tackle obesity?

The role of the government is to set and influence the public health agenda and, where relevant, set expectations and boundaries for associated actors that have a role in supporting healthy behaviours. As such, the government has a responsibility to act through evidence collation, and ultimately, by developing associated policies, campaigns and other work. In the UK, several public health policies have emerged specifically focused on or with reference to obesity.

Should obesity be recognised as a disease?

Why is the World Cup so hard on the knees? 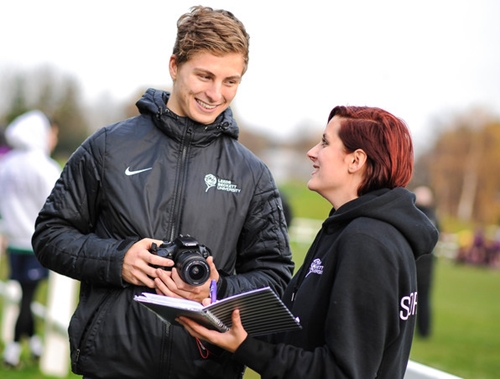 Physical inactivity in adults: is it time to move away from shock tactics?

Public Health England has today released a new report on inactivity levels in 40 to 60 year olds. In this blog post, Stephen Zwolinsky and Professor Jim McKenna ask whether using shock tactics is effective in helping people to change their activity levels?

In this blog post, PhD Research student Katie Pickering and Professor Jim McKenna reflect on the findings of a recent study which suggests lack of exercise could be killing twice as many people as obesity in Europe.

This week a new study revealed that many children cannot run as fast as their parents could when they were young. Professor Jim McKenna, Head of Active Lifestyles Research at Leeds Met, shares his thoughts on the news.