Brexit and the Politics of Aid

The politics of UK Aid and of Brexit are deeply intertwined.

Dr Henry Irving is a senior lecturer in public history and is writing a book on the social history of recycling in the Second World War.

This week is Recycle Week. The campaign aims to encourage all of us to recycle more of our household waste and has been marked by various councils, waste management companies and a growing number of retailers. 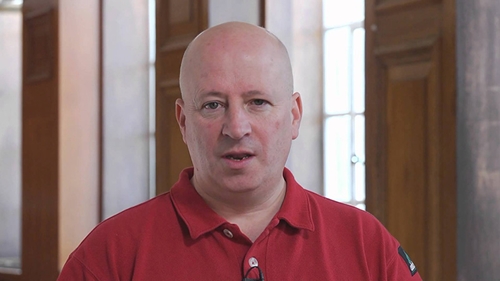 Mark Zuckerberg’s testimony to congress last week highlights one of the key issues of our time - Data acquisition by digital corporations and its lack of regulation.

In this blog post, Dr Simon Hale-Ross from Leeds Law School at Leeds Beckett, reacts to Prime Minister Theresa May’s Brexit speech made recently in Florence, with a focus on international intelligence exchange.

Brexit is an opportunity to revisit strategy for supply chains

In this blog post Dr Aldred Chinta, Course Director in Leeds Business School, looks at the impact of Brexit on international supply chains

Politics and business: who is governing whom?

Professor Simon Robinson, Director of the Research Centre for Governance, Leadership and Global Responsibility at Leeds Beckett, discusses the relationship between business and politics.

In this blog post Andrew Morton, part-time lecturer in Politics and International Relations (PIR) looks ahead to Donald Trump’s inauguration as US President on Friday.

The US election and the New Politics of Inequality

Whatever happens today in the Presidential contest between Donald Trump and Hillary Clinton, says Professor Alex Nunn, the US election result will show that we are witnessing a ‘New Politics of Inequality’.

Civilising the torture and execution trade

“The 21st century has already become the epoch of the torturer”, says Dr Steve Wright, Reader in Applied Global Ethics at Leeds Beckett University. In this blog post, he explores the shocking British involvement in the torture trade and asks, can the torture and execution trade be civilised?

The Road to Rio: Some Thoughts on Olympic Politics

In this blog post, Professor Stephen Wagg in the School of Sport at Leeds Beckett, offers his thoughts on the politics of the Olympics ahead of the Games in Rio this summer.

In this blog post History lecturer Dr Kelly Hignett considers the political ramifications following the news that Russian opposition leader Alexei Navalny has been freed from jail pending an appeal against a five-year jail term, after a conviction for embezzlement, in a case widely condemned as political.