Bloke-ification in a Feminising Industry

Do women have to start communicating and acting like men to have a successful career in a fast growing sector of the UK economy? In this post Dr Martina Topić  explores ‘bloke-ification’ and its implications in terms of equality, culture and leadership in the public relations and communications sector.

In a series of five blogs published by the Real World Economic Review, Professor Jamie Morgan explores the development of pandemic awareness, public health business models and the construction of (im)possible futures.

The Phenomenon of Green Mothers

Heightened awareness and understanding of the impact of the sustainability agenda is impacting on society in many different ways.  In a recent article in Retail Review, Shannen Li identifes the emergence of ‘green mothers’ as an increasingly prominent segment of the consumer market that exert a significant influence on the values of the next generation.

At the end of May I launched the 2020 European Communication Monitor (ECM) findings evaluating the trends in strategic communications across 44 countries in Europe.

Society has become more informed and less tolerant since the advent of the internet and social media, particularly in light of increasing concerns over climate change, social inequity and injustices, corporate scandals and the 2008 global financial crisis.

The COVID:19 (aka coronavirus) is hitting all aspects of human civilisation, including the global economy and international financial system.

Since 1911, International Women’s day has been celebrated on 8th March with the aim of ‘celebrating the social, economic, cultural and political achievements of women’.

A new study on women in journalism that Carmen Bruegmann and I conducted based on 20 qualitative interviews with women journalists working in the press, shows a disturbing culture of UK newsrooms, which resembles a culture of the 1970s.

Work Discrimination and Bias against Women in Public Relations Literature : A Full Circle of Women’s Plight for Equality

I recently released a report from my EUPRERA project on ‘Women in Public Relations’, which provided a systematic overview of four decades of research on women in public relations.

Developing business strategy skills to sustain and support the growth of start-up firms in an increasingly complex, uncertain and volatile environment can be a risky challenge.

I recently completed an analysis of data on the UK’s advertising industry, which revealed some problematic findings.

Social Enterprise on the Rise

Whilst the manufacturing sector in the UK has declined as the economy has become increasingly reliant upon services, it remains a significant part of the economy accounting for almost half of our exports and seventy percent of the UKs research and development (Oxford Economics.)

Over the past six months I have been working with colleagues from Germany and Italy exploring the issue of trust in different organisational stakeholders.

Stakeholders for Productivity Getting in the Right Orbit

There are plethora of potential stakeholders who are attempting to engage SME’s in helping them improve their productivity.

Small and medium enterprises (SMEs) are important for economic sustainability, not only because of their capacity to create jobs but also due to their innovativeness and agility.

Engaging with the UN Agenda for Sustainable Development: A role for Integrated Reporting in universities

The United Nations’ Transforming Our World: The 2030 Agenda for Sustainable Development is one of the most ambitious and important global agreements in recent history. The agenda, with the 17 Sustainable Development Goals (SDGs) at its core, is a guide to tackling the world’s most pressing challenges – including ending poverty and bringing economic prosperity, social inclusion, environmental sustainability and good governance to all countries and all people.

Reshaping our Towns and Cities

At a conference earlier this year Bill Grimsey, author of two influential reviews on town centres, provided a vision for the future.

Re-launch of the Independent Food and Drink Academy

Olga Munroe, Head of the Retail Institute at Leeds Business School welcomed business leaders, academics and others to the re-launch of the Independent Food and Drink Academy (IFDA). 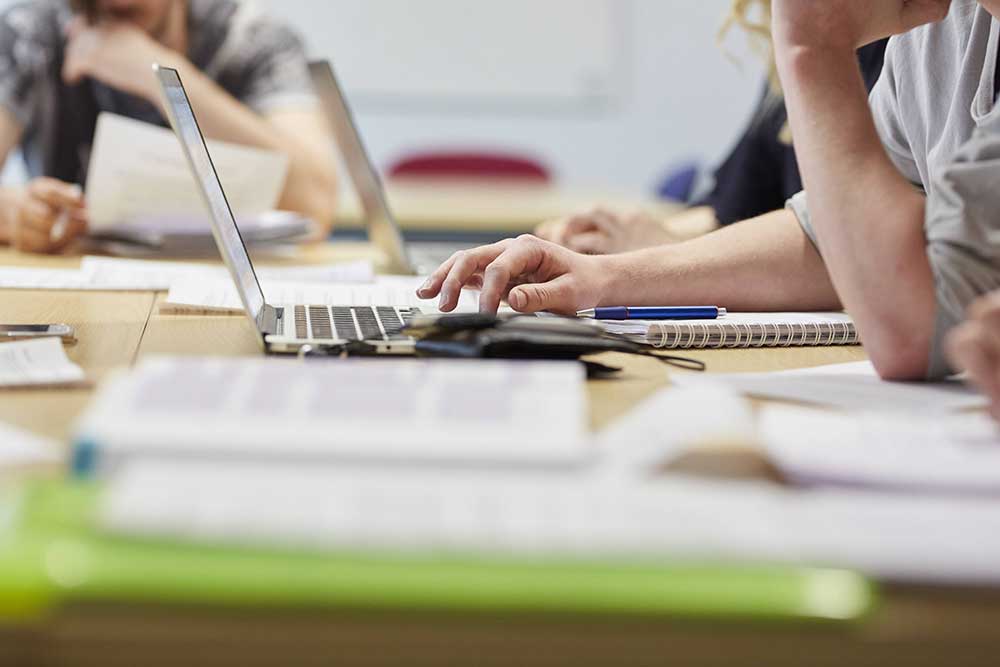 Life as a KTP Associate at Leeds Beckett

For over 40 years the Knowledge Transfer Partnership (KTP) has been a successful part-government funded initiative that has contributed towards the growth of Research and Innovation in businesses across the United Kingdom.

What makes a good business mentor for entrepreneurs?

“A mentor helps people to get where they really want to go.”

Measuring and mapping the productivity maze in smaller businesses

The Business School and Lloyds Bank continued their collaborative research partnership with a second productivity roundtable event. The roundtable provided an opportunity to combine research, knowledge briefings and conversations about improving productivity.

Opportunities for Internationalisation of British SMEs

Small and medium-sized enterprises (SMEs) can benefit greatly from internationalisation, as illustrated in a new report prepared by Dr Martina Topić. The research, which is funded by the EU as part of the Interreg COMPETE IN project, highlights opportunities abroad to show how businesses can internationalise, increase their profits, and engage with the global community.

The role of the government is to set and influence the public health agenda, and where relevant set expectations and boundaries for associated actors that have a role in supporting healthy behaviours

Professor David Devins and Dr Fiona Robertson were delighted to attend the first meeting of international partners working together on the ISSUE project. 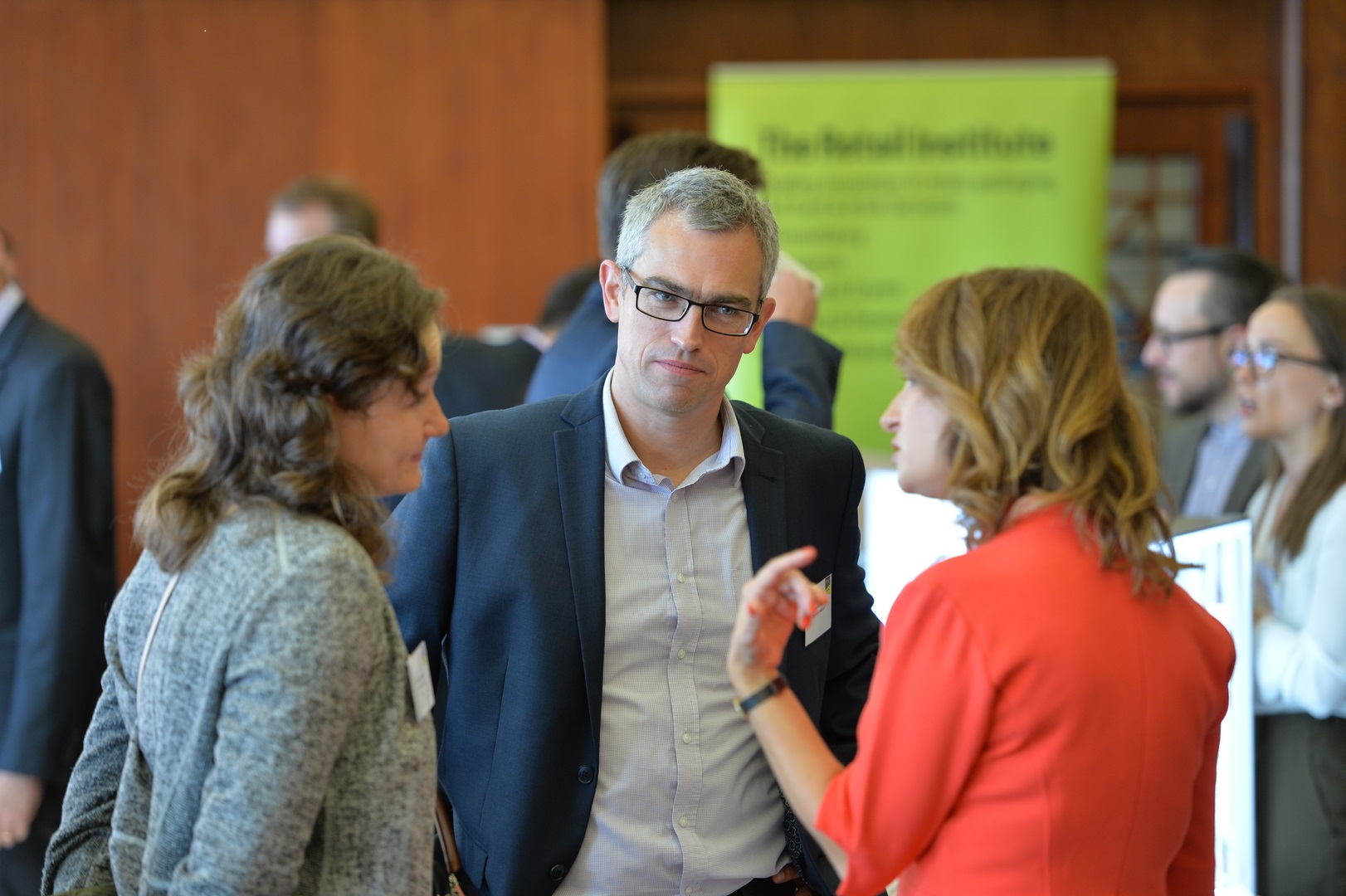 The Future of Packaging

What are the Core Components of Communication Excellence?

The European Communication Monitor 2018 finds that excellent organisations both collect and use more information than ever before. Crucially, they also have effective leaders – although gaps in leadership skills and support exist across Europe. Insights from the largest transnational study on strategic communication worldwide.

Young businesses that want to grow are being offered funded business support and expertise by Leeds Beckett University through an innovative business programme.

The Impact of Brexit on UK Businesses

It is over a year since the referendum vote signalled the start of Brexit, and in that time UK businesses have experienced mixed fortunes.