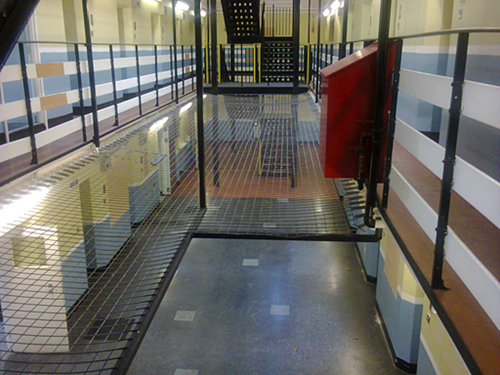 Canterbury Prison: Making sense of its past and imaging its future (Part II)

Property developers have purchased most of the eleven former prisons closed in 2013 and so the acquisition of the former HMP Canterbury by Canterbury Christ Church University bucks the general trend. 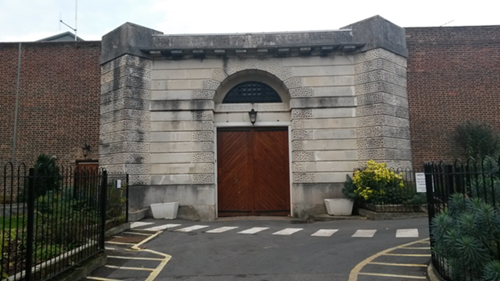 Canterbury Prison: Making Sense of It's Past and Imagining Its Future

The former HMP Canterbury still looks much as it did when it was decommissioned three years ago. The addition of flowers and benches outside and the clean, shiny new appearance of the gatehouse give off a more cared for feel, but these are the only real signs of its purchase by Canterbury Christ Church University.

Experiencing Crime and Punishment: Emotions, Perceptions and Responses to Crime and Penal Heritage in Courtroom and Prison Museums

Across the country there are many historic prisons and courtrooms that are open to the public as museums. The grandeur architecture of the historical courtroom and the cold stone walls of old gaols are brought to life through museum exhibits and tours that present the history of crime and punishment to the visiting public.

At Preston Park Museum and Grounds, just outside Stockton-On-Tees in the North East of England, we have focussed our efforts towards exhibiting our own criminal history collection. The museum recently acquired a sizeable donation from the local regional police force, Cleveland Police.

Recently, we have been busy editing the contributions to the Our Criminal Past special edition of the online journal Law, Crime and History. The editing process reminded us of the variety of perspectives, methods, experiences and pedagogies that network members brought to the events between 2013 and 2014.

On the Beat: Stories From 1914-1918. A fresh approach to interpreting crime history at Bishop’s Stortford Museum

The temporary exhibition was housed at the Bishop’s Stortford Museum, within the Rhodes Arts Complex, On The Beat: Stories From 1914-18 which ran from 4 August 2014 to 19 January 2015, highlighted local stories from the First World War, as detailed in contemporary police accounts found following the redevelopment of the town’s Victorian police station.

In 1802, Ferdinando Davis was executed at Nottingham gallows for the crime of highway robbery. Before the dawn of the Victorian era in 1832, a one James Cook was similarly “launched into eternity” for the murder and robbery of a Mr Paas in Leicester.

In the commemorations marking the outbreak of the First World War, homage has been paid to the millions of combatants who lost their lives during the conflict. Among those who served were a sizeable amount of men and youths who, up to the outbreak of war, had been in penal institutions.

The first event of new AHRC network, Our Criminal Past: Caring for the Future, drew a diverse audience of archivists, academics and librarians to London Metropolitan Archives to assess the impact of digitisation and social media on criminal history and consider the implications of using these tools for future research and dissemination.

The first event of new AHRC network, Our Criminal Past: Caring for the Future, drew a diverse audience of archivists, academics and librarians to London Metropolitan Archives to assess the impact of digitisation and social media on criminal history and consider the implications of using these tools for future research and dissemination.