by Henry Irving and Josh Poklad

History students have produced a new website about David Oluwale's life and legacy. 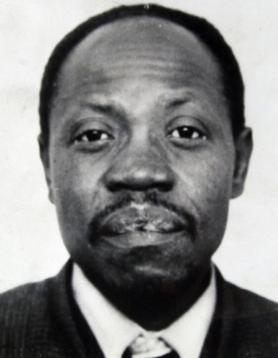 It is almost exactly fifty years since David Oluwale went missing in Leeds.

Oluwale was a Nigerian who had arrived in Britain as a stowaway in 1949. His life in Leeds was not a happy one. He spent ten years in a psychiatric hospital, served various short prison sentences, and lived rough for most of the 1960s. During this time, he became a target of brutality at the hands of a group of Leeds police officers.

Oluwale went missing in the early hours of the 18 April 1969. His body was recovered from the River Aire a little over a fortnight later. The sequence of events that resulted in him entering the water have never been precisely established. In 1971, the two police officers who led the campaign of harassment against him were unsuccessfully tried with manslaughter, although both were found guilty of earlier assaults on him.

To mark this difficult anniversary, Leeds Beckett University history students taking the module ‘Community History Workshop’ have produced a new website – ‘Remembering David’ – about Oluwale’s life and legacy. The students worked in groups on the specific themes of justice, race, media representation, and memory. Each group was encouraged to interpret their theme as they saw fit, drawing on their unique perspectives and creativity. The website combines their work to provide a wide-ranging introduction to the subject.

The website was created after a series of workshops at Leeds Beckett University and the Leeds Local Studies Library. These introduced relevant resources and provided hands-on training in the use of microfilm readers and digital databases. The students also took part in a walking tour lead by Max Farrar (secretary of the David Oluwale Memorial Association). As well as geographically situating Oluwale’s experience, the walk led many of the students to forge an emotional connection with the history that they were researching. There was a shared sense of poignancy as we looked out onto the River Aire from the site at which it is thought Oluwale entered the water.

The ‘Remembering David’ website shows how the students have embraced the project – and with it the ideals of community history. Further evidence of this embrace is provided by the fact that one of the groups has even lobbied to have a blue plaque erected in remembrance of Oluwale’s life. One of the students involved explained that ‘I have lived in Leeds for the majority of my life and I had never heard David’s story. But it holds such a powerful message that might still teach a lesson about injustice today’. It is heartening to see that even the most difficult histories can provide such hope.

We have been thoroughly impressed by the students’ work on this project and are delighted to be able to help them share their results. They deserve to be read.