Recent graduate Megan continues her Parisian story working on a placement as a travel writer, eating croissants and people watching. This follows on from Megan’s first blog article from September 2019. 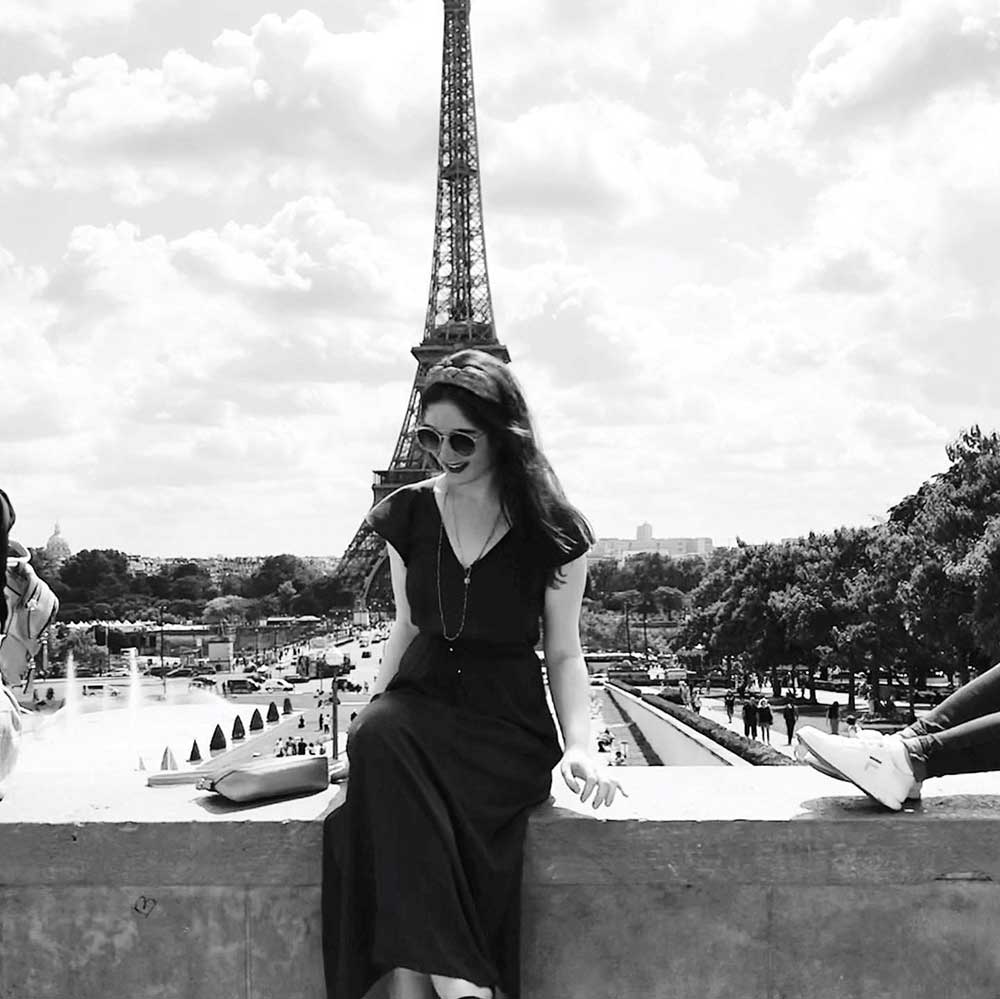 Bonjour, for the second time! My name is Megan, and I am a BA (Hons) English with Creative Writing graduate, who has spent the past summer working as a content editor and writer at Likibu, a travel company based in Paris. When looking back on my time in the city of light, the past months almost feel surreal, as I lived out my Hepburn ‘Funny Face’ dreams, unfortunately minus Michel Auclair. Temperatures also reached 42°c, which meant I had to sacrifice my all-black-everything wardrobe, aka my go-to Hepburn inspired look, which is my uniform here in Leeds.

If I could sum up my summer in Paris, it would be with the memory of squeezing onto the Metro Line 2 every day at the 8.30am, with a croissant (of course) and a coffee, before I set out on my daily mission to convert the entire office to Yorkshire Tea. I found excitement in people watching (in the most non-weird way possible) before I would write about my experiences, and people I had met, on the weekend, in a little joint in Montmartre, which is best described as the Parisian answer to Belgrave Music Hall. During my degree, I had been taught to find inspiration in the people we meet, in the writing character module, and I had practised documenting real-life experiences through the life writing module. Therefore, capturing the moments that made up my Parisian summer was primarily fuelled by what I had learnt in the past three years, even if these memories will remain in my notebook, at least for the time being. At one point, a Parisian who was observing the scribbles in my notebook from a nearby table asked, “are you feeling inspired?”, to which I exploded “You honestly have no idea. This right here is a creative writers dream!”. The biggest and most inevitable challenge which I faced while living in Paris was the language barrier, and although I feel he may have understood some of my response, he certainly didn’t catch it all. This could however have been something to do with my Yorkshire accent. 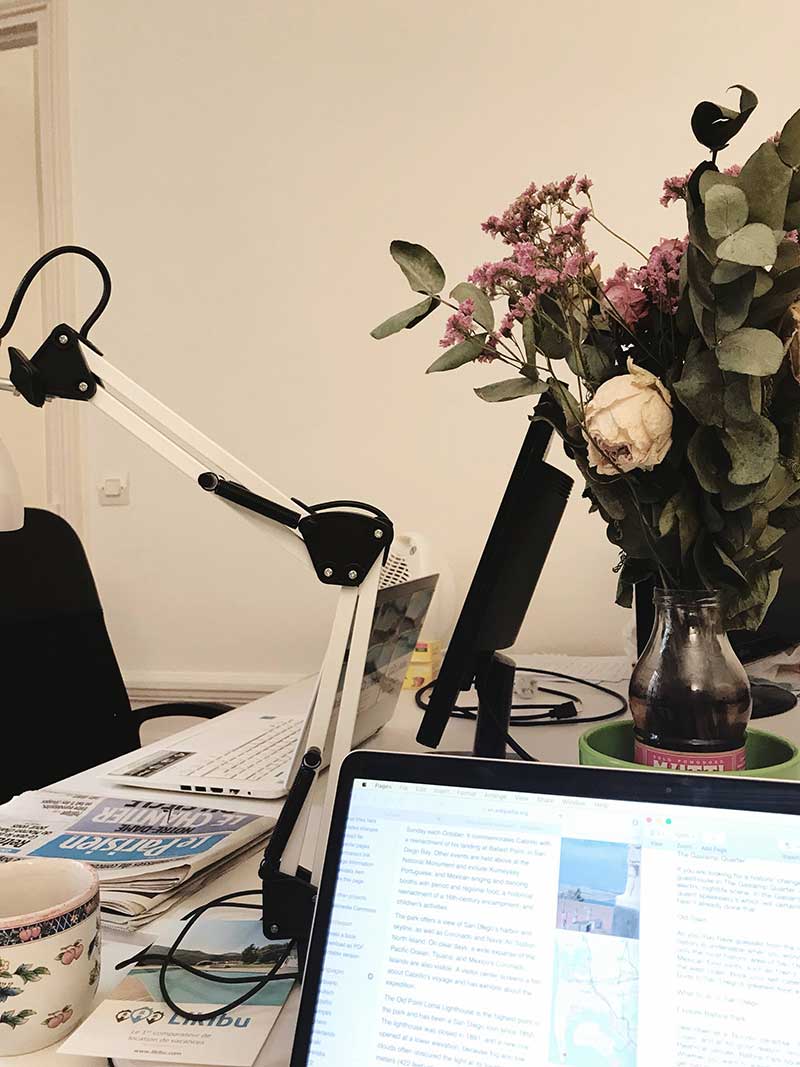 Working freelance for Likibu throughout the final year of my degree meant I was familiar with a lot of the work dynamics before I landed in Paris, so I was fortunate in that I could jump right into the office environment, allowing the city to feel like home a lot more quickly. Whilst in Leeds I had been used to basing myself in coffee shops and working with colleagues in France, however whilst in Paris I was now working from my office desk and communicating with bloggers and journalists back in the UK who were reporting on the company’s presence in the British travel market. Seeing the results of these partnerships was the most rewarding project from my time abroad. I also enjoyed editing copy on the US version of the company website as, I highlighted in my first blog, I am fascinated in the difference between American English and British English, which is something I wanted to learn more about after studying abroad in New York City.

On my final day in the office, we listened to American Boy through a speaker, which was a frequent occurrence on a late Friday afternoon. I told my colleagues that, I was not touching down in London Town, but would be touching down in Leeds, the northern cultural capital, which they all should know about, because it is great, and it also happens to be the home of the best French Martini’s this side of the Channel. Take me on a trip, I’d like to go someday… Well, I am back in Leeds for more than a trip, but for an MA, in International Journalism. Though, of course, I will miss Paris, I am able to carry on working freelance for the company, and I can always get back to people watching and croissant consuming in Leeds station, again, in the most non-weird way possible. 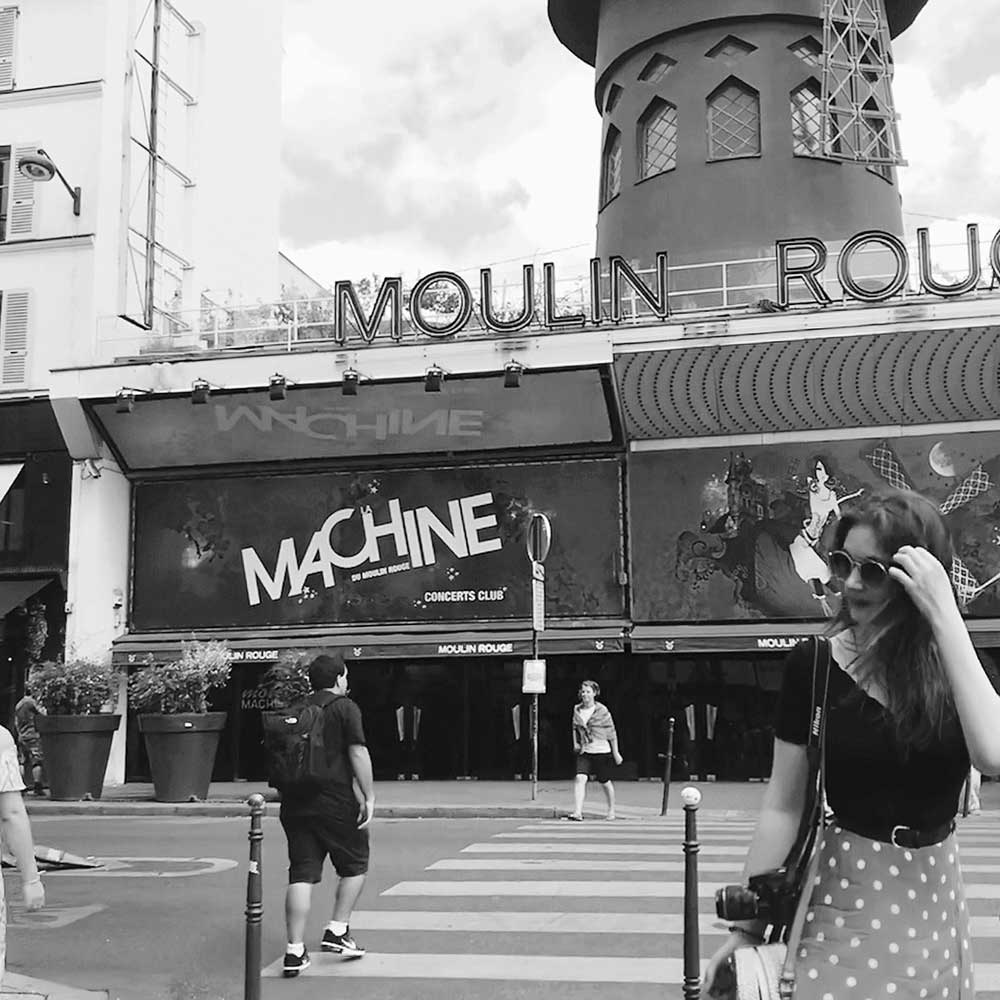 Megan Slack graduated with a 2:1 in BA (Hons) English with Creative Writing in 2019 and is now pursuing a career in journalism.