History student Sophia Lambert talks about her involvement in a workshop focussing on the creation of an exhibition documenting the work of the early 20th century peace activist Emily Hobhouse. 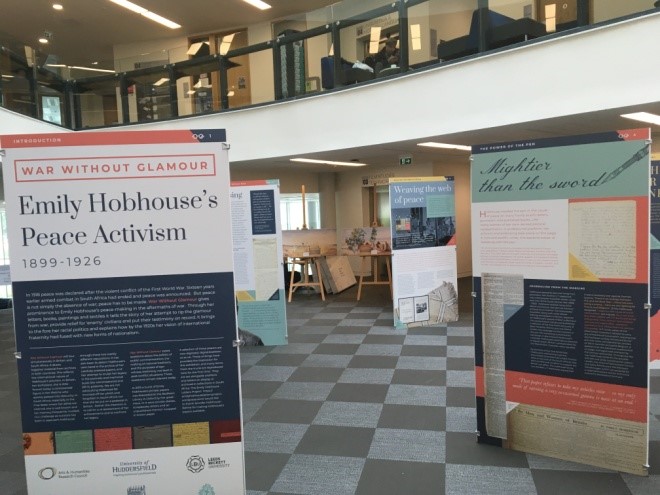 Last week, I was given the opportunity to attend a workshop run Dr Helen Dampier and Dr Rebecca Gill (University of Huddersfield) about their exhibition: War Without Glamour. We had a lively discussion about the creation of the exhibition and the work of the peace activist, Emily Hobhouse. We also had the pleasure of a guided tour of the exhibition, followed by a reception with a glass of wine.

How many people in Britain have heard of Emily Hobhouse today? She’s a little known outside South Africa, even I, as a History student, hadn’t heard of her before my lecturer Helen mentioned her name. Emily Hobhouse was a peace activist during the Boer War who successfully campaigned to raise awareness and improve the living conditions of the Boer women and children who were imprisoned in camps. Later, she would go on to collect people’s testimonies from the Boer War and then, during the First World War, created a scheme to feed German children in Leipzig. 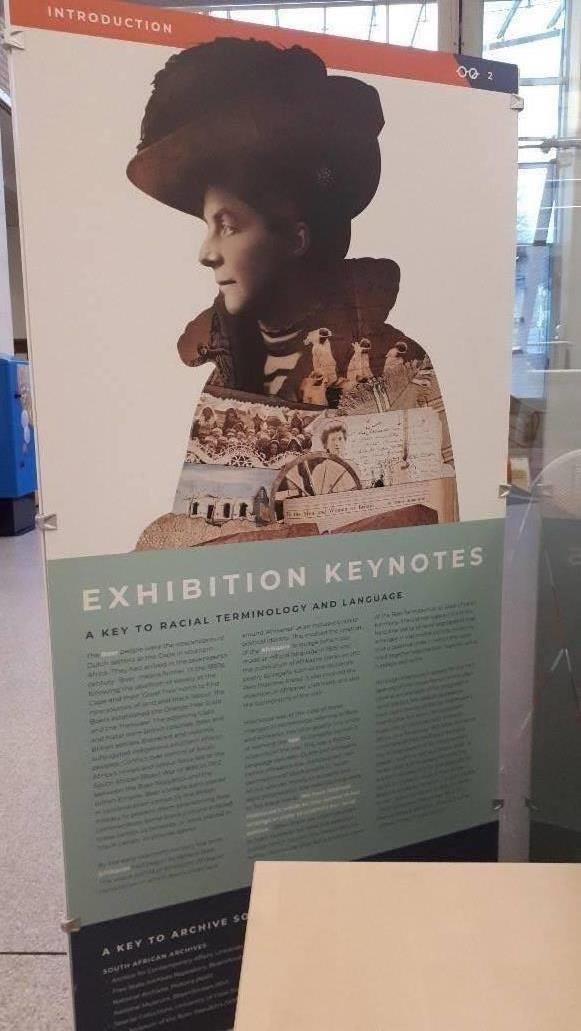 I learned so much from both the workshop and the exhibition about Emily Hobhouse, her work and how she’s remembered in South Africa today. I was shocked when Helen and Rebecca told us about some of the reactions that they’d had to the exhibition in South Africa. They had faced a lot of negative reactions from people about the way they chose to portray postive and negative aspects of Hobhouse's work, because it wasn’t the way that many South Africans choose to remember her. Helen spoke about how at one of the talks she held in South Africa a large group of people turned up to protest.

I really enjoyed the workshop, it provided an excellent insight into the sheer amount of work that went into creating the creating the exhibition. I’d been given the opportunity in the past to help with writing the content for another exhibition, so I could empathise with Helen and Rebecca about some of the difficulties they faced, however, there were still some parts of exhibition-making that I’d never dealt with before, so talking to Helen and Rebecca really gave me food for thought. Before the workshop, I never really considered the importance of the location of an exhibition, or how it’s important to research the heritage organisation that you’re working with on the exhibition. I was also able to connect some of the issues surrounding the commemoration of Emily Hobhouse to the Genocide and Politics of Memory module that I’m studying this semester. In one aspect of the module we look at how different communities choose to commemorate events and how this can sometimes lead to controversy and cause pain in some cases. 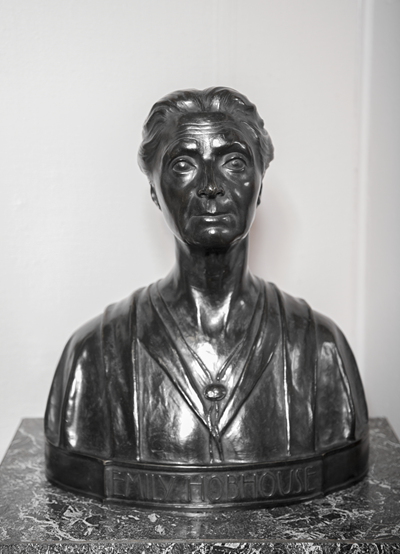 I’d say that despite hearing about all the challenges that Helen and Rebecca faced in making the exhibition, I still want to work in the heritage industry, producing exhibitions. It was also a fantastic opportunity to hear from the people responsible for making the exhibition themselves about the step by step process of producing one. I’d recommend attending a workshop like this in the future for anyone who’s thinking about a career in the heritage industry or exhibition-making.

Sophia is a BA (Hons) History student, graduating in 2021.