Boris Johnson’s announcement of strict measures to stem the spread of Covid-19 described the present as a ‘moment of national emergency’. 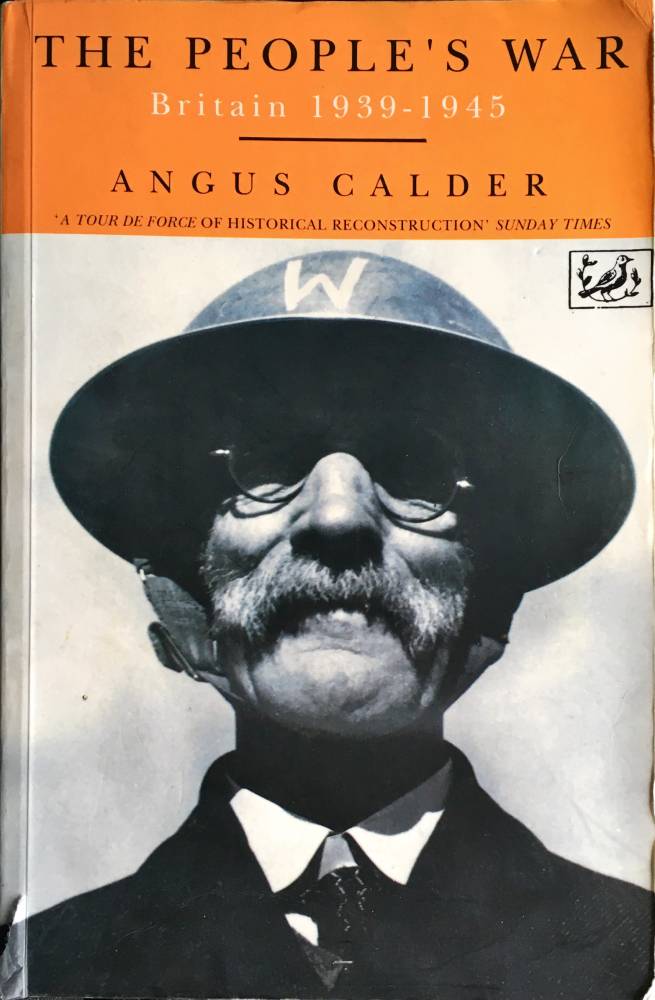 The Prime Minister's television address ended with a call to action that consciously invoked a wartime metaphor. ‘In this fight’, he said, ‘we can be in no doubt that each and every one of us is directly enlisted’.

As I wrote on this blog last week, such language has become commonplace since Johnson pledged to ‘act like any wartime government’ in the fight against the disease. Calling on 250,000 volunteers to support the NHS and help vulnerable people during the crisis, Health Secretary Matt Hancock described doctors, nurses, and carers as the ‘front line’ in the fight against this deadly new enemy. Continuing the metaphor, he said ‘We salute you’.

The metaphor has not always been helpful. Most obviously, the argument that pubs should have remained open to encourage 'Blitz spirit’ verged on the ridiculous, ignoring important distinctions between wartime morale and public health. Even if the metaphor is taken at face value, the United Kingdom has not yet reached its Blitz. Like the bombing of Guernica before the Second World War, news from Italy suggests what horrors might lie ahead. There are nevertheless lessons to learn from this chapter of history.

Historians of Second World War Britain work in the shadow of Angus Calder, whose ground-breaking study The People’s War was first published in 1969. As students on the module ‘War Welfare and Society’ have learnt this week, the title referred to both the mobilisation of the civilian population and the significance of their actions. The war, explained Calder, was a conflict in which ‘The people of Britain were protagonists in their own history in a fashion never known before’.

His focus on ‘the people’ harked back to wartime rhetoric. In 1940, Winston Churchill described the conflict as one of ‘people not Princes’. He famously explained that ‘The whole of warring nations are engaged, not only soldiers, but the entire population, men, women, and children’.

Significantly, however, Calder argued ‘the people’ themselves needed to be put into the picture. He argued that poor leadership and communication in the early stages of the war resulted in citizens taking matters into their own hands. This argument is borne out in more recent research. Take the example of Air Raid Precautions, where the largest surges in volunteers occurred spontaneously at times when there was no active publicity from central government.

A similar pattern has emerged during the current crisis. The government has been criticised for a lack of preparedness, its tentative approach to social distancing, the ambiguity of some of its messages and a lack of coherence regarding its communication. So how do Calder’s arguments relate to today?

There can be no doubt that we are protagonists in our own history. Uncomfortably, though, in our fight against a virus, all of us are potential heroes and enemies. If we must continue the Second World War analogy, the closest parallel is the ill-fated ‘Silent Column’ publicity campaign. This sought to protect the nation from the invisible threat of spies by encouraging people to keep themselves to themselves. The campaign lasted less than a month and led to a heated debate over personal freedom. Calder did not dwell on the reason for this, but subsequent historians have shown how difficult it was to simultaneously promote the idea of a national community and the potential dangers within.

For current measures to be effective, the wartime example suggests that ‘the people’ need to be brought into the government’s confidence. For Calder, the fundamental problem of the Second World War was a disconnect between leaders and those they were supposed to lead. Sending information out and calling for volunteers to come forwards is only part of this process. To work, the government needs to understand how their messages are being received and to be open about the challenges faced.

The British public showed a preference for explanation rather than exhortation from the very beginning of the Second World War. But it took time for this to be translated into action. We can see this in the way that the concept of ‘the people’s war’ developed: the wartime government initially focused on convincing the public that the war involved them, before having the same message thrown back at them by a public that felt their goodwill was being squandered.

Whatever its importance as a work of social history, there is a fundamentally political message in this reading of the Second World War. For Calder, the conflict exposed existing divisions, but ultimately failed to bridge the divide between those with power and those without. Notwithstanding the post-war foundation of the NHS, he said that ‘the forces of wealth, bureaucracy and privilege survived with little inconvenience’. Contrary to conventional wisdom, he presented a society that became more sceptical as a result.

These arguments have not been without controversy and the world that Calder described was very different from our own. Covid-19 has nevertheless changed our lives in ways that we might not have imagined possible just three months ago. The challenge for our current leaders – in government and elsewhere – is to foster a common cause and bridge the divides that make this more difficult. The Second World War provides no easy answers, but it demonstrates that ‘the people’ must be taken into account.