The latest good news from the School of Cultural Studies & Humanities in July 2020. 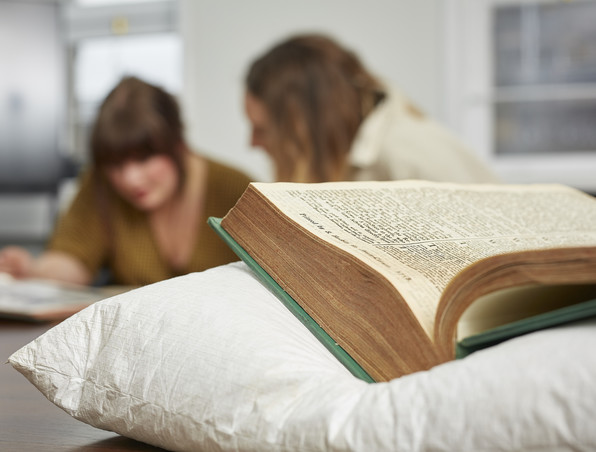 Entitled 'Knit "n" natter': A feminist methodological assessment of using creative 'women's work' in focus groups, the article gives a critical account of the use of participatory craft workshops in research. It argues that the knitting circle-based focus group provides three benefits: it capitalises on culturally undervalued forms of feminine creativity, disrupts hierarchies of expertise and feminises academic space and patriarchal notions of knowledge production. Simultaneously, however, the article acknowledges the problematic constructions of gender and 'women's work' that the research inadvertently mobilises, including bourgeois sensory perceptions of cosiness and feminine aesthetics of cuteness.

Abstract: Gratitude was racialised in Victorian culture. Drawing on a wide historical framework, which takes in eighteenth-century proslavery arguments as well as twenty-first-century anti-immigrant discourses, I explore how Victorian-era texts placed demands upon enslaved, formerly enslaved, and colonised peoples to feel thankful for their treatment as British imperial subjects. My article ranges over contexts and academic debates, and surveys nineteenth-century discourses, but it coheres around a case study concerning media reportage of the brief residence of a young West African, Eyo Ekpenyon Eyo II, in Colwyn Bay, Wales, in 1893. In a contextual examination of the press reaction to Eyo’s decision to abandon his British schooling, this article draws attention to the implicit, submerged inequalities, exemplified in the demand for gratitude, through which Victorian Britain articulated the affective qualities of white hegemony.

Lisa Taylor has been awarded an ISRF Mid-Career Fellowship. There are only 6 awards made each 2 years - the external reviewers declared her project 'excellent'. Her abstract is here and you can read more on the ISRF website.

The Fellowship is a great boost to our research standing, brings in money into the School and allows Lisa 12 months to concentrate on her project and to write a monograph which will be a key part of our next REF submission.

Rob Burroughs and Sarah de Mul (OU Netherlands) have co-written a blog for the Imperial and Global History Forum (Exeter) on the removal of statues and 'educating ourselves' about colonial history.
You can read it here, a Dutch-language version will be published later in the year.

The latest news and events from the School.