Essay Films & Architecture with Brenda Hollweg examines the ways in which essay film practices are deployed by non-Western filmmakers + A Performed Horizontal Montage with Aidan Winterburn Modernist graphic design and architecture, satirical illustration and beyond 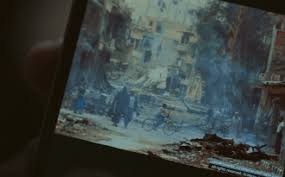 In her recent book, World Cinema and the Essay Film, Brenda Hollweg examines the ways in which essay film practices are deployed by non-Western filmmakers in specific local and national contexts, in an interconnected world. The book identifies the essay film as a political and ethical tool to reflect upon and potentially resist the multiple, often contradictory effects of globalization. The lecture discusses current research on the essay film beyond canonical filmmakers and frameworks, and presents transnational perspectives on what is becoming a global film practice, and links to architecture and urban knowledge.

Brenda Hollweg is Research Fellow in the School of Fine Art, History of Art and Cultural Studies at the University of Leeds. A specialist in American literature and a scholar of the essay as literary and expanded cultural form, she worked on two major research collaborations that addressed questions of gender, genre and the essay as well as the aesthetic and affective dimensions of democratic participation. She has published on contemporary documentary and the cinematic essay and, in 2010, realized a 45min-long video essay, 'The Road to Voting'. 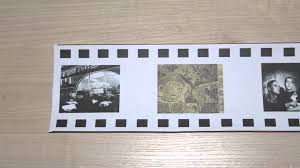 Aidan Winterburn expands on his research and practice interests that traverse Modernist graphic design and architecture, satirical illustration and animation, the propagandist and protest poster, the history of artists magazines, post-punk graphic design and typography, narrative and sequential art and experimental animation. He has written articles for Grafik magazine [amongst others] as well as having contributed to Street Talk; the Rise and Fall of the Poster and Public Address System, discussing the politics of typography in a book of typographic treatments of famous political speeches. He also writes a blog about post-war brutalist architecture and graphic design and am in the process of writing a book called Standing Still which involves a critique of graphic communication as it is encountered in a number of distinct physical and virtual environments.

Focussing on claims under Business Interruption Insurance, two expert guests will provide a legal summary, practical advice and take part in a Q&A as part of the Leeds Law School’s Law in Practice series.