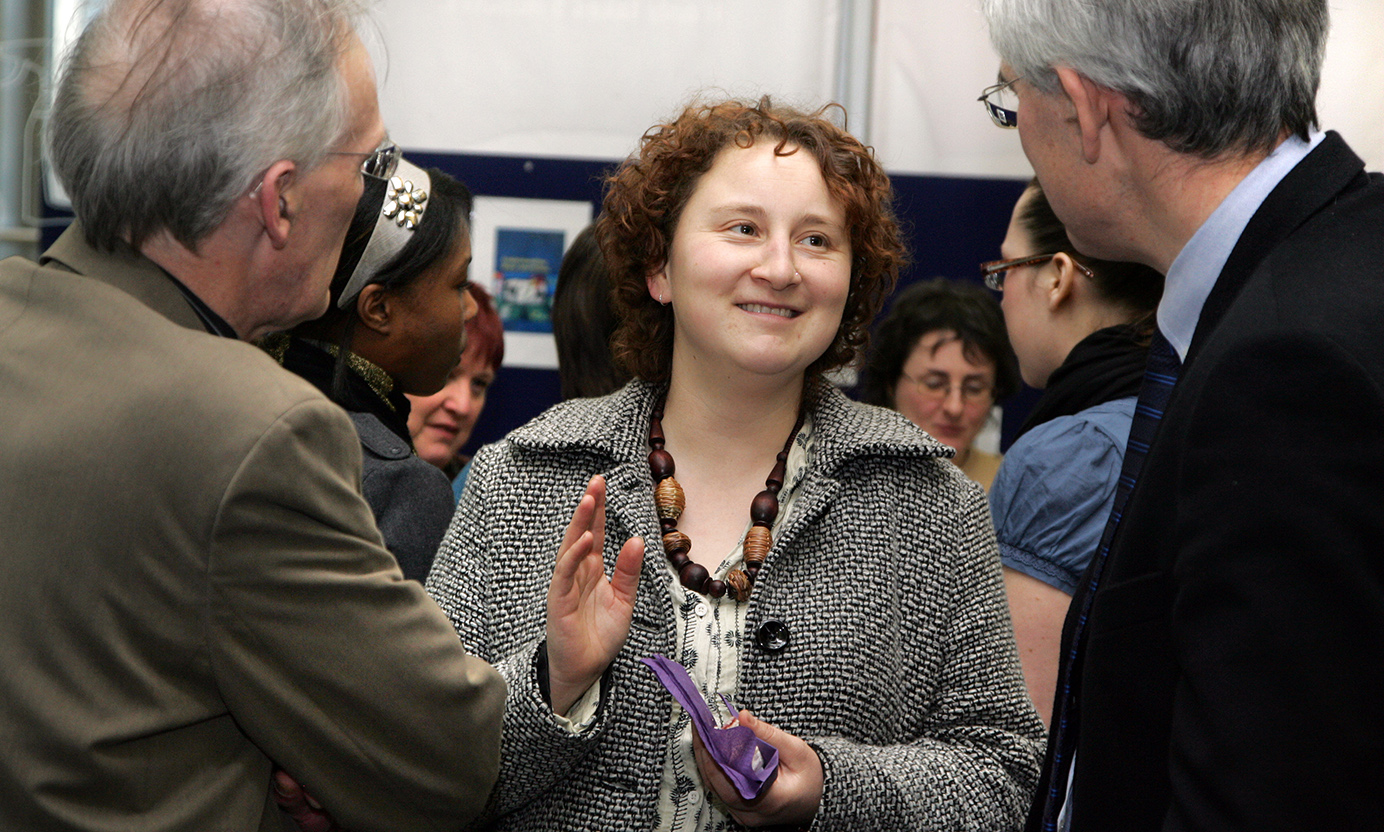 Academic staff in the School's Sociology Subject Group share research expertise in the areas of identities in particular gender (women and femininities, as well as men and masculinities), sexuality, and sociology of work. We also share interests in class, inequality and social policy, family studies, poverty and social justice in both historical and contemporary contexts. Theoretical strengths are with feminist and queer theory and post-industrial, postmodern and late modern social theory.

Dr Darren Nixon's research interests centre on the relationship between work, gender, class and identity in contemporary 'post-industrial' societies. In particular his previous research has explored how the changing nature of work and employment associated with the growth of the 'service economy' has rendered particular constructions of working-class culture, identity and masculinity highly problematic and contributed to the labour market detachment of low-skilled and poorly educated men over recent decades. Dr Nixon regularly presents his work at academic conferences and government and policy institutes. In September 2013 he presented a paper entitled 'The poverty of UK Welfare to Work Policy' at the Work, Employment and Society Conference at Warwick University and a paper entitled 'Yearning to Labour: Low-skilled Men' and 'Neo-Liberal Selfhood' in the 'Cultural Economy' at the ESRC Centre for Research on Socio-Cultural Change (CRESC) Annual Conference held at SOAS, London. Dr Nixon will be presenting a poster: 'Sociology Does The Apprentice: Using Games to Liven up Research Methods Teaching' at the 7th European Conference on Games-based learning, Porto, 2-3 October. Dr Nixon has been invited speak at an International conference - Between Labour and Leisure: Towards the New Economy of Salvation? being held at The National Research University Higher School of Economics, Moscow, Nov 26-27. Recent publications include I Can’t Put a Smiley Face On: Working-class Masculinity, Emotional Labour and Service Work in the ‘New’ Economy (2009). He is currently working on the 4th edition of The Sociology of Work (alongside professor Keith Grint) and a sole authored book Work, Identity and Economic Change: Working-class Men in the Post-Industrial Economy. Dr Nixon sits on the editorial board of the BSA journal Work, Employment and Society. An example of Darren's work can be found here.

Dr Natalia Gerodetti is a Senior Lecturer in Sociology and has carried out funded research on gender, sexuality, and the social and political context of eugenics. Further interests include migrants' identities in relation to food cultivation and allotment gardening. She has published in the area of feminist theory and the regulation of sexualities. Her publications include Modernising Sexualities: Towards a Socio-historical Understanding of Sexualities in the Swiss Nation (2005), and Bound and Unbound: Interdisciplinary Approaches to Sexualities (2008). Current research examines identity and ethnicity in relation to food growing practices which has been presented at the British Medical Sociology annual conference and the IUAES conference (view an example of Natalia's work here). Together with Dr Darren Nixon and current students she has also been working on a games based teaching project entitled 'Sociology Does The Apprentice: Using Games to Liven up Research Methods Teaching' funded by Higher Education Authority (HEA) and presented with students at the 2013 annual conference where the contribution received an award.

Dr Anna Pechurina joined Leeds Beckett University in May 2013 moving from School of Social Sciences and Law at Teesside University. She undertook her doctoral studies on the material culture of Russian migrants' homes at the Department of Sociology at the University of Manchester. She has an MA in Sociology (University of Manchester) and her first degree in Sociology obtained in Russia. Dr Pechurina's main research interests are in interdisciplinary social research methods with strong emphasis on visual and sensory methodology. Other interests include material culture and home studies; gender, sexuality and culture, new Media and society; and Russian studies. Her teaching interests come across social research methods; media and culture; identity, gender and migration.

Dr Conrad Russell is a Senior Lecturer in Sociology, his research and teaching interests include; the Sociology of Time, Methodological issues in Social Theory, Sociology of Religion.

Sociology staff in the Social Science group at Leeds Beckett University can be contacted as follows:

Significant overlaps in research interests and expertise exist with colleagues across the school, but particularly with criminology.

“I Can’t Put A Smiley Face On”: Working-Class Masculinity, Emotional Labour and Service Work in the ‘New Economy’

Economic restructuring in Britain since the late 1970s has had a profoundly negative effect on levels of male employment and economic inactivity. Low-skilled, poorly-educated manual workers have been the mostly seriously affected by deindustrialisation and increased male unemployment, sparking debates regarding ‘a crisis of masculinity’ amongst this group due to their increased inability to fill the historically constructed role of male breadwinner. Conversely, the growing importance of service work as the key source of employment growth in contemporary ‘post-industrial’ Britain has been associated with the growing ‘feminisation of the workforce’ and the increased employment of women. Based on in-depth qualitative work with low-skill unemployed men in Manchester, this research seeks to understand and explain these trends, with a particular emphasis on why low-skill men have struggled to enter work during periods of sustained service sector employment growth. The research argues that a variety of factors have influenced these shifts, particularly historical patterns of occupational segregation by sex that have helped construct particular kinds of skills as ‘masculine’ and ‘feminine’. Thus, just as declining areas of manual employment were strongly gendered ‘masculine’, the kinds of social, emotional and interactive skills that are often critical in many forms of service work have long been considered ‘feminine’. The research concludes that the shifting demand for skills at the lower-end of the labour market, and the gendered nature of these skill demands, represents a major problem for unemployed low-skill men and for employment policy more generally, as such men are unlikely to be able to re-construct their selves in line with employers’ demands in growing areas of low-skill service work.

‘Falling women’–‘saving angels’: spaces of contested mobility and the production of gender and sexualities within early twentieth-century train stations

The relationship between women’s agency, sexuality, mobility and migration is complex. This study about discourses and regulation of women’s sexuality at particular spatial gateways was carried out in partnership with the University of Berne and looked at train stations as constitutive moments in the production of gender, sexuality and space. Focusing on the early twentieth century we looked at train stations as sites of heightened public concern about female migration, trafficking and norms about gender and sexuality where attempts to govern the social order of modernity can be seen in action. Narratives of the city as danger delineated train stations as critical turning points in the life-journey of young people, particularly for ‘impressionable’ young women, travelling often from abroad – concerns that are mirrored in contemporary discourses around trafficking. What emerged as interesting are the resulting protective and prescriptive constructions of sexuality reveal much about the complex perceptions and regulations of rural and urban sexualities and gender systems in their spatial nexus.

Publications from the project can be found here: