From huge music festivals that pull in thousands of revellers, to smaller, more intimate gatherings celebrating food, drink and culture, Leeds has plenty to choose from. Here’s our round-up of some of the best:

Leeds Festival is one of the UK’s biggest music festivals, descended on by over 70,000 music fans each year. Running from Friday to Sunday across several stages, it always attracts top acts, with past headliners including Muse, Radiohead and The Red Hot Chili Peppers. What’s more, we work with Festival Republic to offer volunteering opportunities to students at Leeds Festival, with roles in the past including managing the BBC Introducing Stage and creating films to capture the event.

A huge one day, one stage, house and techno festival, Cocoon in the Park is always headlined by techno royalty who play to thousands of die-hard clubbers from across the UK each year.

Running since 2006, Slam Dunk has grown into one of the UK's biggest punk festivals, featuring heavyweight headliners and some of the regions best up-and-coming pop-punk and rock acts. Taking place across a number of stages venues in Leeds (including The Stage at Leeds Beckett Union) Slam Dunk has some of the best offerings for the UK alternative crowd, bagging it Best Metropolitan Festival 2017.

A metropolitan music festival that showcases the best new emerging and indie artists (including some of our students) alongside more established acts, Live at Leeds has been running since 2007 and is renowned for introducing crowds to brilliant new music in the city’s best loved music venues. 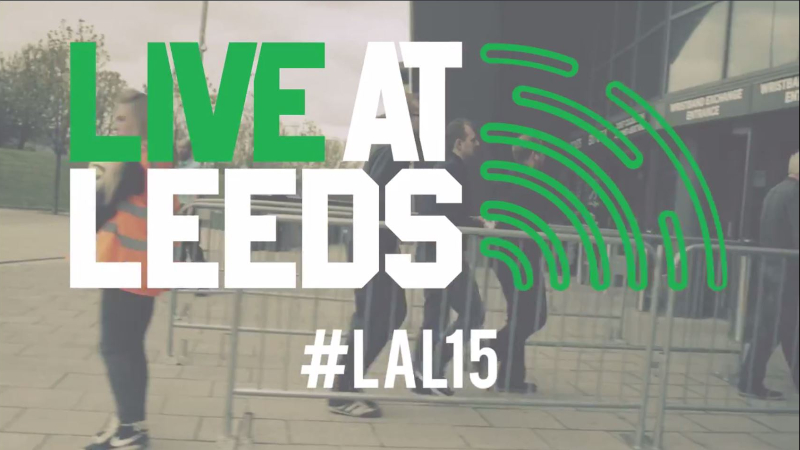 Leeds Indie Food Festival (May, city-wide)
A city-wide celebration of Leeds’s independent food and drink scene, this brilliant food festival sees the city’s best independents coming together to deliver a series of unique and collaborative events, which range from Indian street food brunches to art exhibitions made of cake. It’s an absolute must for food lovers.

Leeds International Beer Festival (September, Leeds Town Hall)
A four-day festival now in its sixth year and fast becoming the best place for beer drinkers in the UK. Leeds Beer Festival celebrates craft beer brewed in the UK and overseas, and showcases hundreds of beers and ciders, alongside a street food market and live music across two stages.

Yorkshire Post Food & Drink Festival (June, Millennium Square)
A free two-day food and drink festival that takes place in the heart of the city centre and showcases the region’s finest food. With more than 100 exhibitors, live cooking demonstrations and bars serving up Pimms, real ales and cocktails, it dishes up something for everyone.

Light Night (Early October, Leeds city-centre)
A free multi-arts and light festival taking place over two nights, Light Night sees the city come alive with a programme of interactive installations, huge projections and live performances, all as darkness falls. From giant mythical birds taking flight across the front of Leeds Civic Hall to beautiful lantern parades and light shows controlled by live music, it’s a must-see event. Our students often get involved in this festival too, hosting their own unique events which make up part of the overall programme.

Thought Bubble (November, city-wide)
One of the UK’s biggest comic arts festivals, Thought Bubble takes place in Leeds every November, offering visitors an unforgettable insight into the world of comics and superheroes.