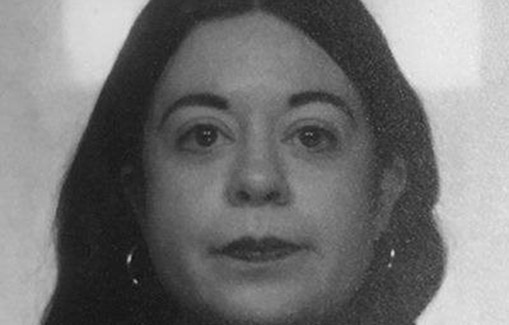 Amy Letman, 29, is one of those people making great things happen in Leeds. She’s the creative brains behind Transform Festival, a citywide event in Leeds that aims to get people excited by theatre, and to re-examine what theatre can be.

She tells us how Leeds hooked her in since she moved here in 2011, and why she compares the city to Ghent in Belgium…

How long have you lived in Leeds?

I first moved to Leeds from London in 2011, originally for a job as Associate Producer at West Yorkshire Playhouse. I expected to stay for just a year, but I got hooked and am still here!

What do you think is the most undiscovered part of the city?

Curating the Transform festivals, we’ve created a range of projects in unusual spaces and locations in the city – outside a tower block in Burmantofts, a car park in Holbeck, a community centre in Chapeltown, to name just a few. I love getting under the skin of different parts of the city and meeting the communities there. I’m constantly discovering new people and parts of the city.

What's the best thing you've ever done in Leeds?

The West Indian Carnival each year in Chapeltown is always the best time for me.

Give us your top five favourite spots in Leeds, and why

Which city, from anywhere in the world, would you compare Leeds to?

I’ve been to Ghent in Belgium a few times and it very much reminds me of Leeds in its scale, energy and creativity.

As a creative person in Leeds, I’ve been able to make projects happen here that I could only dream about in other cities. I think that’s down to a close-knit, supportive artistic scene, and a real buzz and energy right now; people are up for making things happen. Leeds is pushing to become a major, cultural international player – it’s exactly the right time to be here.

Your dream weekend in Leeds - take us through it

The Transform festival, which I produce, is usually a bit of a dream weekend for me! It’s a major time of the year for boundary-pushing, extraordinary theatre in the city, and always so exciting to see so many international artists connecting with local artists. We throw a lot of parties and have a lot of fun, alongside programming and producing ambitious and adventurous performance – I love seeing Leeds come to life for this festival.

If you were hosting someone new to the city, where would you take them first?

I quite regularly have international artists and guests to stay. I usually take them to my house in Chapeltown for dinner, where they’ll meet my neighbours who are awesome, creative people who’ve been living in Leeds for over 20 years. I will usually then take them to a bar like Outlaws or The Brunswick, a performance at Live Art Bistro, or whatever unusual and fun thing that’s happening in the city that night. There’s always something!

Do you think we'll win the European Capital of Culture title in 2023?

Leeds deserves to win European Capital of Culture because it’s on the brink of something extraordinary.