Leeds comes to life after dark and is renowned for being one of the best cities in the UK for a great night out in a welcoming, clean and safe environment.

There's something for every night owl, and whether its cool independent café bars and specialist craft ale houses that tick your evening out criteria, unexpected pubs and tiny underground clubs playing big time DJs, or big fun super student clubs where you can dance until the early hours under a hot disco ceiling, you're spoilt for choice.

Lonely Planet ranked Leeds fifth on their list of the 10 best places to visit in Europe in 2017, partly because of our thriving nightlife. And as they rightfully say: "There's never been a better time to head to Yorkshire and join the party." 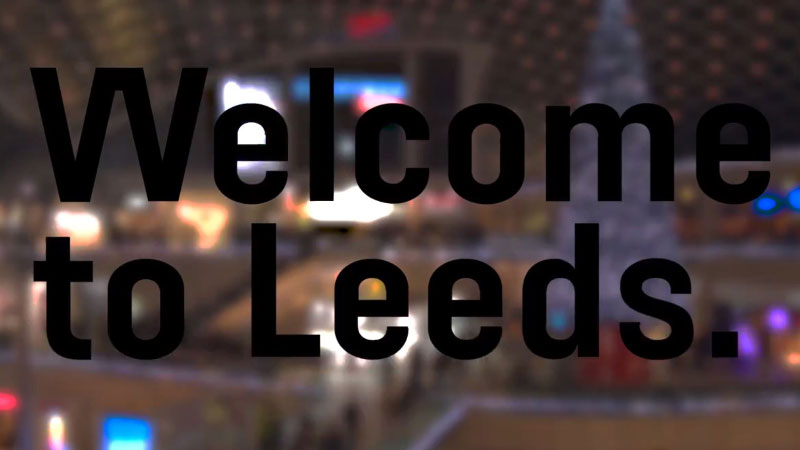 While there are all the nightclubs and bars you’d expect in a big university city, the best thing about Leeds’s nightlife is the smaller, independent venues and their clubnights.
House, techno, disco, funk ‘n’ soul or indie, these are the venues that make up our renowned club scene and the only places you need to go to after hours.

Bars you can dance in

If you’re not quite ready for the clubs but fancy a party atmosphere, Call Lane and the Northern Quarter are your best bet for a dance. Try Smokestack for funk and soul, Oporto for indie and rock, Norman for R&B, Jake's for sing-it-loud classics and The Maven for a prohibition cocktail after dark. Most are open until 03:00.

As birthplace of the likes of Alt-J and Kaiser Chiefs, the live music scene in Leeds is just as good as you’d expect.

There’s the big players including First Direct Arena and the O2 Academy, which have brought in international artists such as Bruce Springsteen and Prince to attract gig-goers from far and wide. Then there’s a number of smaller stages including Brudenell Social Club, which is nationally renowned for hosting an eclectic mix of up-and-coming bands, soon-to-be-influential names and the acts that first inspired them, from punk to hip hop. Also check out Belgrave Music Hall, Headrow House and The Wardrobe, which will all become firm favourites for a night out.

The Stage at our City Campus is run by the Students’ Union and has hosted seminal artists including Nirvana, Blur and Radiohead, all in our 1,100 capacity venue. More recently, acts like Foals, Interpol and Lower Than Atlantis have graced The Stage.

And don’t forget Leeds is home to a host of music festivals, including Leeds Festival, Live at Leeds, Beacons Metro and OnRoundhay. You can find out more about those in our Festivals section.

A hub of student life, the Union Bar will be your local if you live or study at Headingley Campus. It’s a great place to socialise with friends, grab a cheap meal between lectures and get involved in the weekly pub quiz. The outdoor beer garden is the best place around to soak up some Yorkshire sun with a cold drink in hand.

City Bar on city campus is a chilled bar by day and a club and gig venue by night. It runs alongside the main event space The Stage, which hosts an eclectic mix of live music, and FUEL, the Students' Union's regular club night on Fridays.

Whitelock's is one of Leeds’s oldest pubs at more than 300 years old. Hidden away off Briggate, it’s also home to the newer Turk’s Head, which has been the place to be since opening in 2016. Just down the road is the Angel Inn, another city institution where you can get decent beer at a , then head to The Adelphi for a pint, before rounding things off at The Midnight Bell and Cross Keys up at Holbeck.

Student favourite pubs like Woodies, The Three Horseshoes and The New Inn in Far Headingley, right up to The Dry Dock at the edge of the city centre, can all be found on the infamous Otley Run - a 16-venue pub crawl through Leeds.

If you want to watch the match in a place with a great atmosphere, Brotherhood of Pursuits and Pastimes is a popular choice in town, along with sports stalwarts The Box and Original Oak in Headingley.

And if fun and games are top of your night out requirements, you’ve a choice of bowling at Roxy Lanes, a four-lane boutique bowling alley/bar right in the heart of the city centre, followed by beer pong at sister venue Roxy Ballroom, before crazy golf at Swingers upstairs in the same venue.

If you don't want to venture into town...

The student suburbs of Headingley and Hyde Park are home to pubs and bars so good you don’t always have to drag yourselves into town.

Hyde Park is Headingley’s more bohemian sister, with New York-inspired dive bars like Hyde Park Book Club and The East Village sitting alongside popular cafés like LS6 and Oranaise to make it a more interesting and eclectic night out experience.

Leeds is easy to get around on foot, and it’s easy to get home after a night out. It’s a compact, pedestrianised city centre, made even safer by a group of volunteers called the Street Angels who are around the city looking after your safety and wellbeing when you’re enjoying a night out, and Leeds’s unique taxi marshals, who are stationed at key locations to make sure people get home safe.

The University and Students' Union also has a long-standing arrangement with the city’s largest taxi firm, Amber Cars. If you don’t have any cash on you to pay for your journey, you can hand over your student card and pay later.