Do you consider yourself a bit of a music snob? Perhaps you just appreciate a good beat when you hear one?  Well, you certainly won’t be bored here in Leeds! Whether you like to sing along to live acoustic bands, boogie to soft jazz or rave the night away to booming dubstep – you’ll be right at home here in our city.

This spectacular arena is relatively new to Leeds.  It holds 13,500 people and attracts huge acts. Recent visitors include Drake, Elton John and Mariah Carey among plenty of others. The venue itself is fan shaped and was designed so that every seat has a great view of the stage. The building has been nominated as one of England's greatest landmarks and won best new venue in the world in 2014! 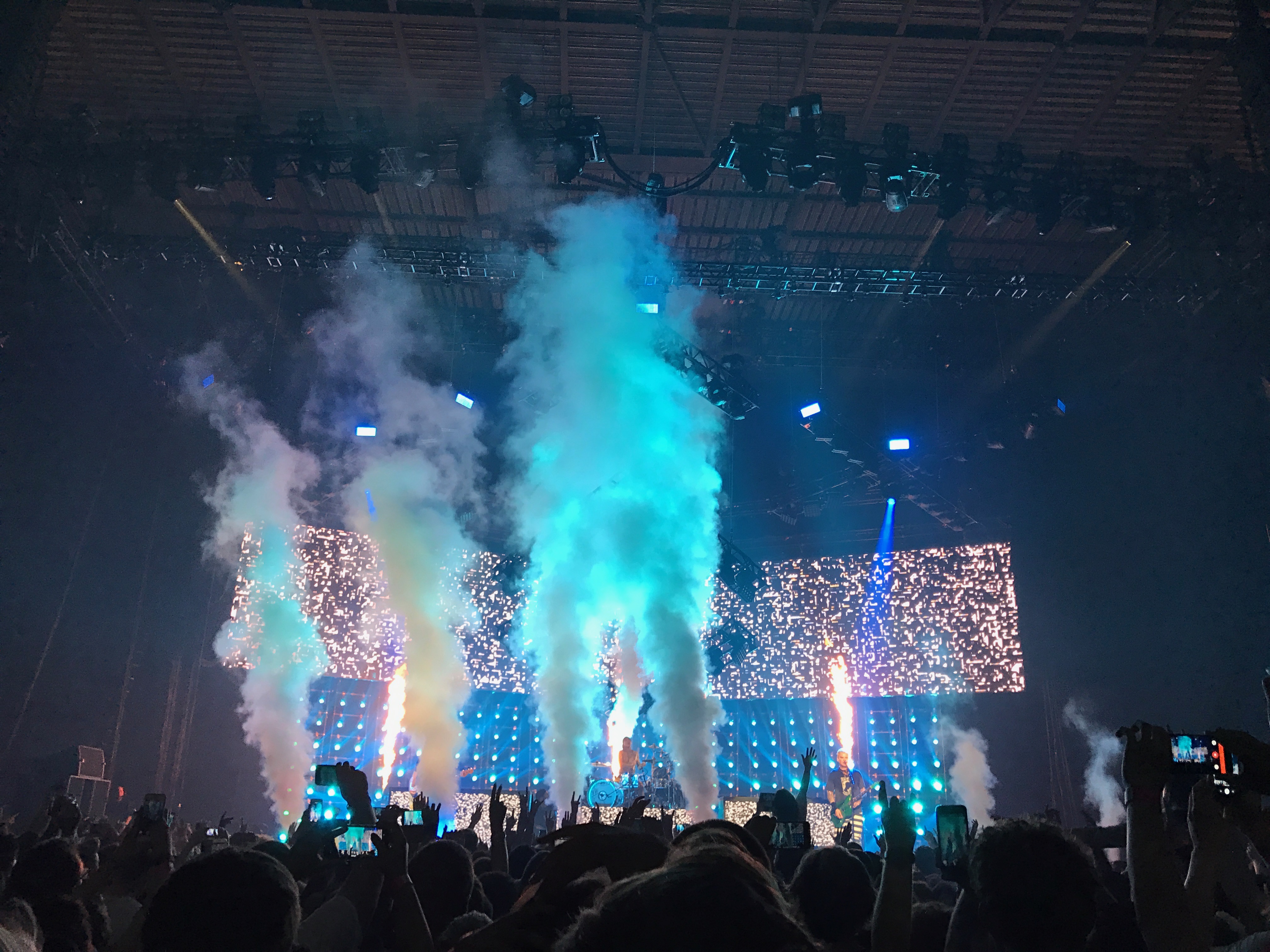 The Stage at Leeds Beckett’s City Campus is run by the Students’ Union and has hosted some amazing acts over the years. Among others, The Stage has welcomed Nirvana, Blur, Foo Fighters, The Sex Pistols, Coldplay and Radiohead….how cool is that? These acts have helped The Stage become what is now one of Leeds’ best loved music venues. 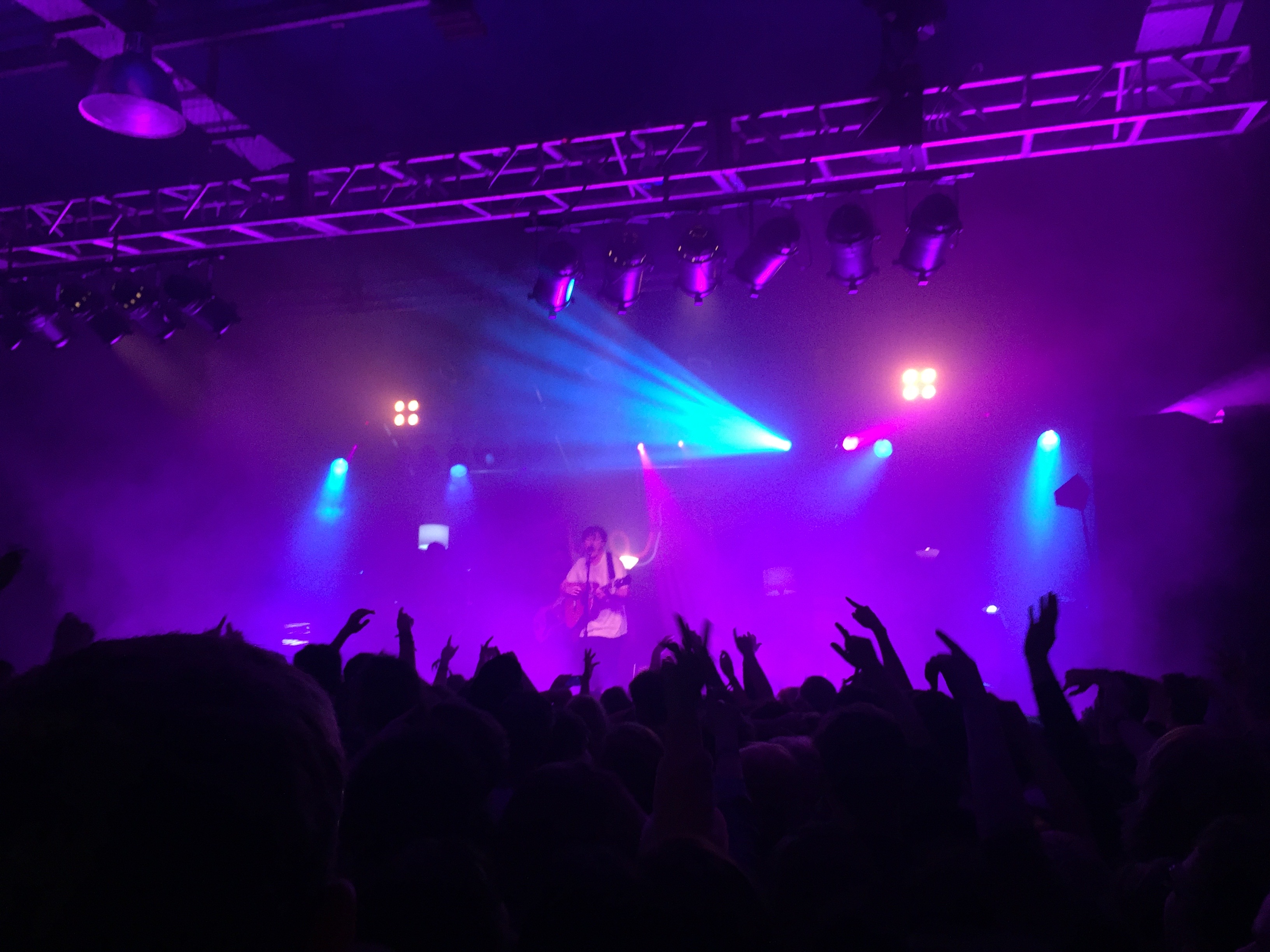 The O2 Academy is one of Leeds' most popular live music spots, and it attracts some big names. The likes of Biffy Clyro, The Killers, Ellie Goulding and even Robbie Williams have all played here previously. The best thing about this venue is that it’s large enough to generate a buzzing atmosphere, yet small enough to feel intimate and connected with the artist. Tickets for acts are usually really good value too!

Since opening in 1999, The Wardrobe has continued to impress Leeds’ students. Based in the heart of Leeds’ art quarter, the venue hosts live music, comedians, club nights and it even serves delicious food. Over the years The Wardrobe has hosted some of the biggest names in music, for example: Amy Winehouse, Catfish and the Bottlemen, First Aid Kit and George Ezra. If you prefer to boogie to someone spinning the decks, famous DJs such as Craig Charles and Trevor Nelson host nights here too!

A Nation of Shopkeepers

Visiting this venue, located close to Leeds Beckett’s city campus, is a real experience from start to finish. Decorated in a ‘thrift shop’ style with glittering fairy lights, its super cosy and intimate. They often host live music, showcasing new talent from the local area. They offer plenty of free gigs, which is ideal if you’re watching the pennies! Bands such as Two Door Cinema Club and O Children have played here in the past, so keep an eye out to see who’s gracing the stage next.

A true Leeds institution which is sat in the heart of student land, this venue attracts some surprisingly huge names for its size! The Brudenell is lively and exciting, and hosts gigs most nights of the week. It’s most famous for hosting secret gigs for bands like Franz Ferdinand and the Kaiser Chiefs, so it’s worth always keeping a close eye out for these. As well as music, the Brudenell is an all-rounder and it’s popular for board games, as well as being a meet-up spot for photography, film and even origami groups. 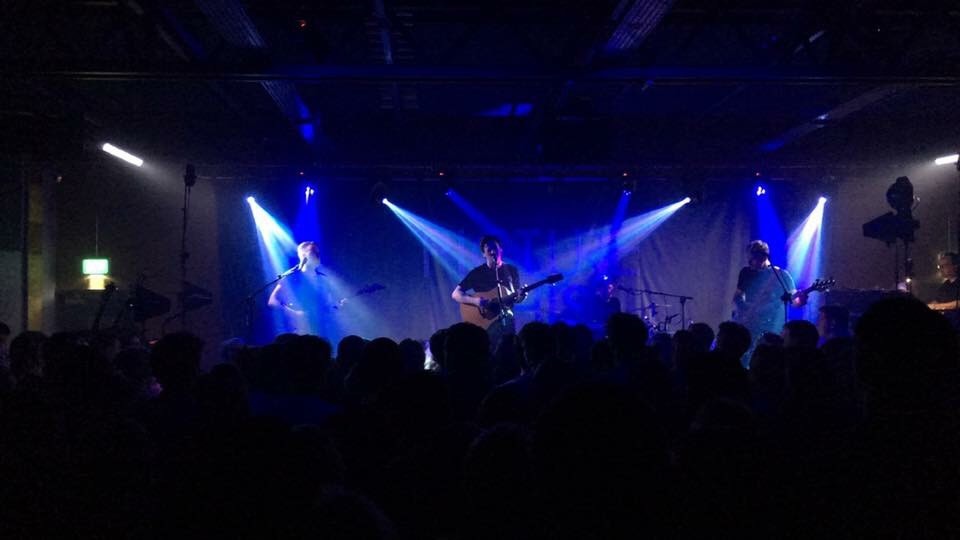 This venue is a real student favourite. Described as ‘music, art, film, food and good vibes spread across three floors’ this cool venue hosts some awesome new talent, as well as popular DJs such as Grandmaster Flash. It’s not just a music venue however – they host regular comedy, film and food nights which are always super popular. Belgrave also has a spectacular roof terrace, which is jam packed full of people every weekend, so make sure you head down there early to bag yourself a seat. 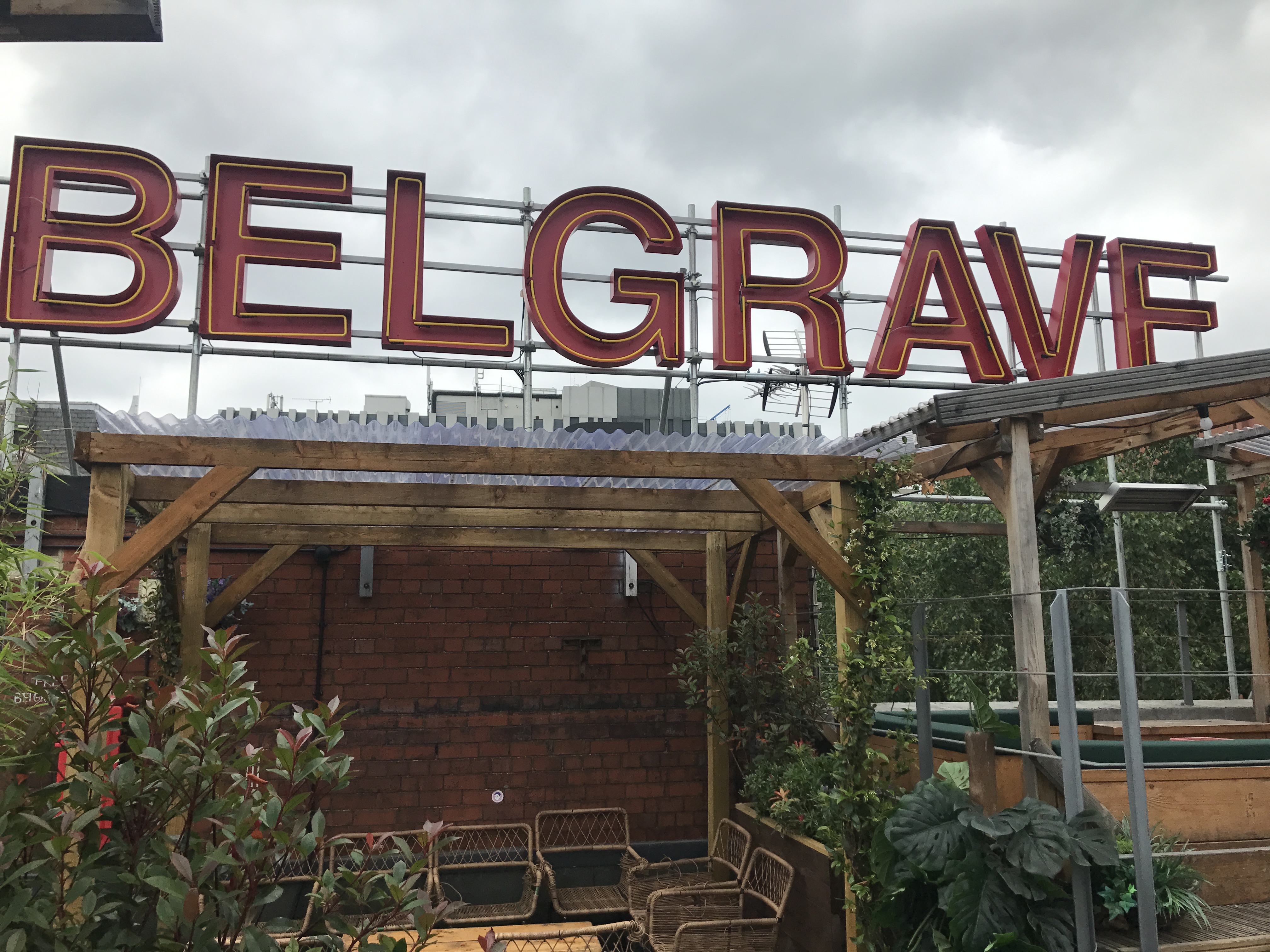 Hidden away down an unassuming alleyway, The HiFi Club is small but mighty. It’s won the 'Best Live Music Venue' award at the annual Leeds Bar & Club Awards three times – pretty impressive, right? They tend to play soul, funk, jazz and blues but there’s plenty of other types of music too.

This small but impressive indie venue is a student’s dream. Located in Hyde Park, it’s pretty unassuming from the outside. Inside however, you’re treated to a multitude of cool events, quirky art and great music. They sell a great selection of vegetarian and vegan food too. The music space is pretty small, meaning any gig you attend is relaxed and intimate – no stressful crowds here!

The Key Club is another music-lovers favourite. You’d be forgiven for not spotting this venue when you walk past it as it’s hidden behind a record shop in the Merrion Centre, close to city campus. This underground venue has a cosy feel and you can get up close and personal with your favourite bands. They host some of the best alternative nights in Leeds and offer up some awesome local, national and international bands. What’s even better is the prices – entry fees and the bar are well known for being great value. 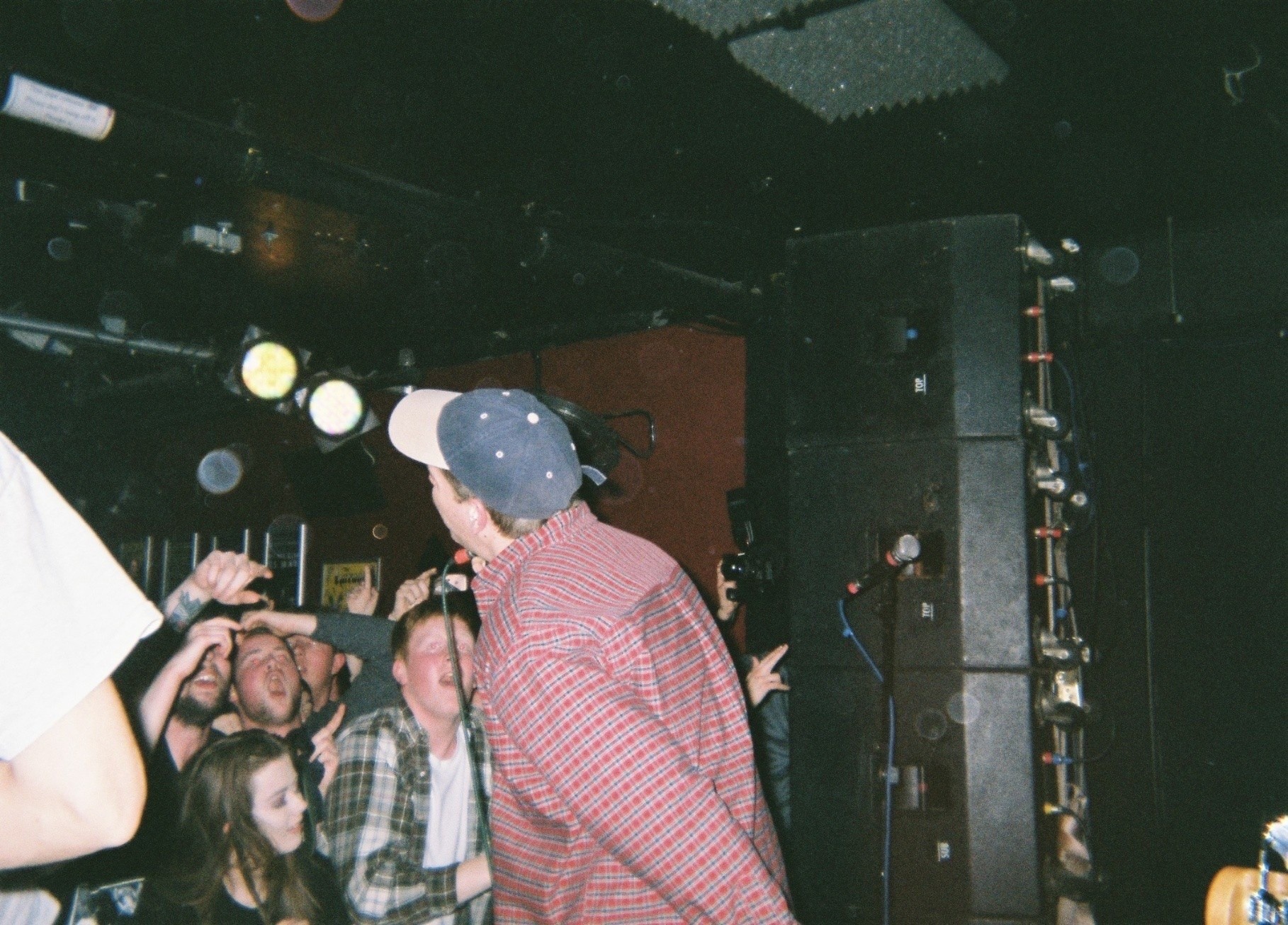 This place is known for being a bit of an all-rounder. It attracts some great bands, with people often choosing to do album release gigs here in the compact and relaxed gig space. It’s also got a micro-brewery on the bottom floor, a cocktail bar on the top floor, as well as an amazing roof terrace. What more could you ask for?