Leeds has a bit of everything when it comes to the arts. Whether you’re into traditional art, sculpture, film, theatre, dance, music or something a little more off the wall – you won’t struggle to be inspired in our city, and here’s why!

Leeds really is an incredibly diverse city. We’ve got the largest student population outside of London, and a rich and varied history. This all feeds into our art scene, making it thriving and exciting. One way you can enjoy it is to visit one of Leeds’ many art galleries. There’s the Henry Moore institute, Leeds Art Gallery, The Gallery at 164, The Tetley and a whole host of other smaller independent spaces in and around the city for you to visit. Want to know the best thing about all of these places? You can enjoy them without needing to spend a penny! 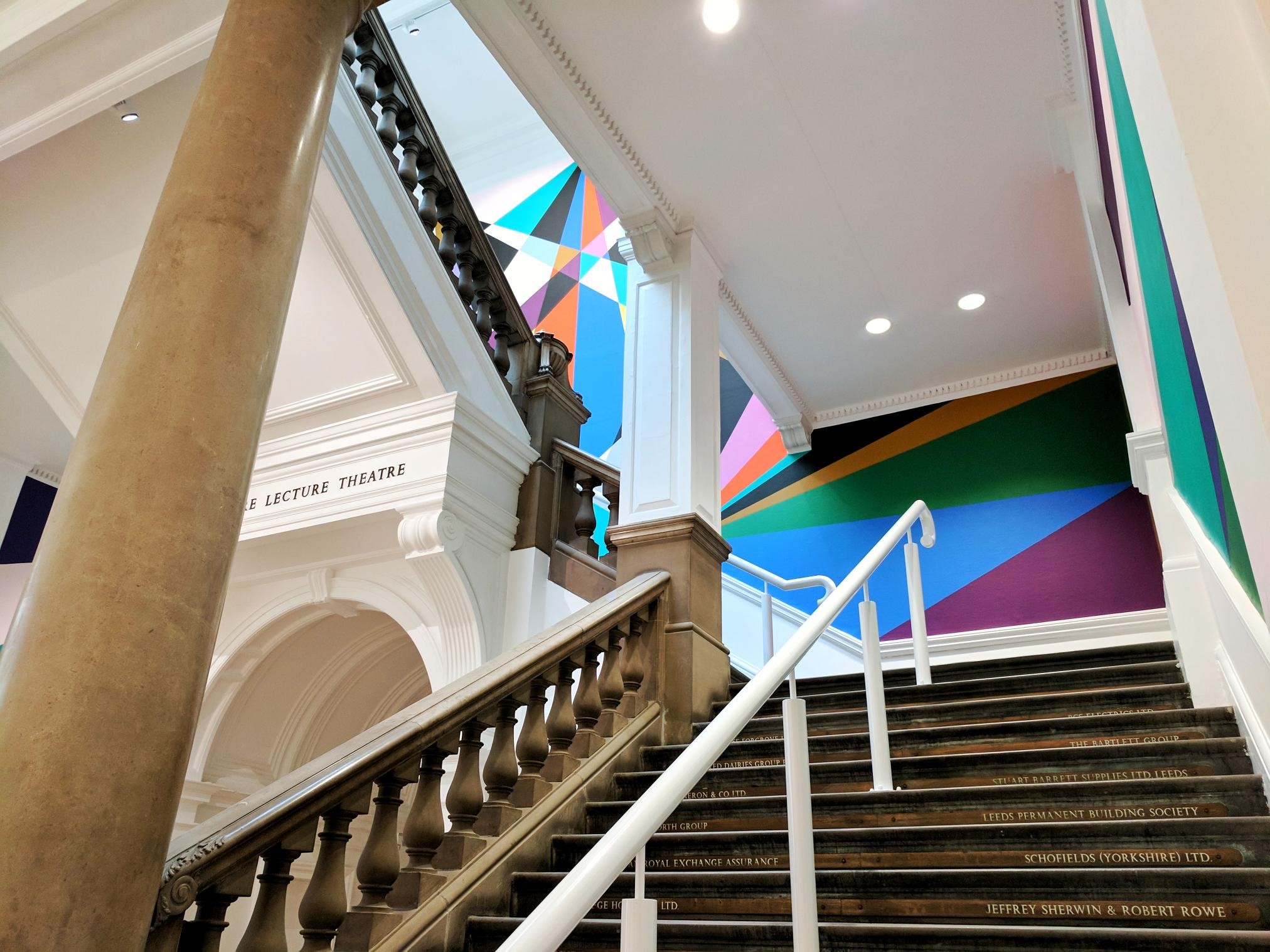 Leeds is lucky enough to be situated right in the centre of the ‘Yorkshire Sculpture Triangle’. This comprises of The Henry Moore Institute, The Hepworth Wakefield, Leeds Art Gallery and Yorkshire Sculpture Park. You can easily travel between these venues in a day or two, and you can immerse yourself in the most impressive installations you could ever imagine.

From the moment you step off of a train in Leeds railway station, you’ll be faced with unusual and beautiful art. Follow the Leeds Welcome Art Trail and you will be taken all around the city centre and beyond, into its urban outskirts. You can enjoy illustrations, poems, stained glass windows, sculptures and the tallest mural in the UK (amongst plenty of other things).

Leeds Drawing club is quickly gaining popularity in the city. They host life drawing classes from their studio in Meanwood, as well as pop-ups in the edgy and inspiring location of The Gallery at 164. If life drawing isn’t really your thing, the great thing about Leeds Drawing Club is that they host ‘creative social’ evenings, where like-minded arty individuals can meet and discuss their passion.

The Bowery, located in Headingley close to Leeds Beckett’s campus, is a firm student favourite. It’s a lovely little venue which hosts exhibitions and classes, as well as having a café too. Their recent classes included pottery making, experimental mono printing, watercolour workouts, as well as things such as coffee art and origami. 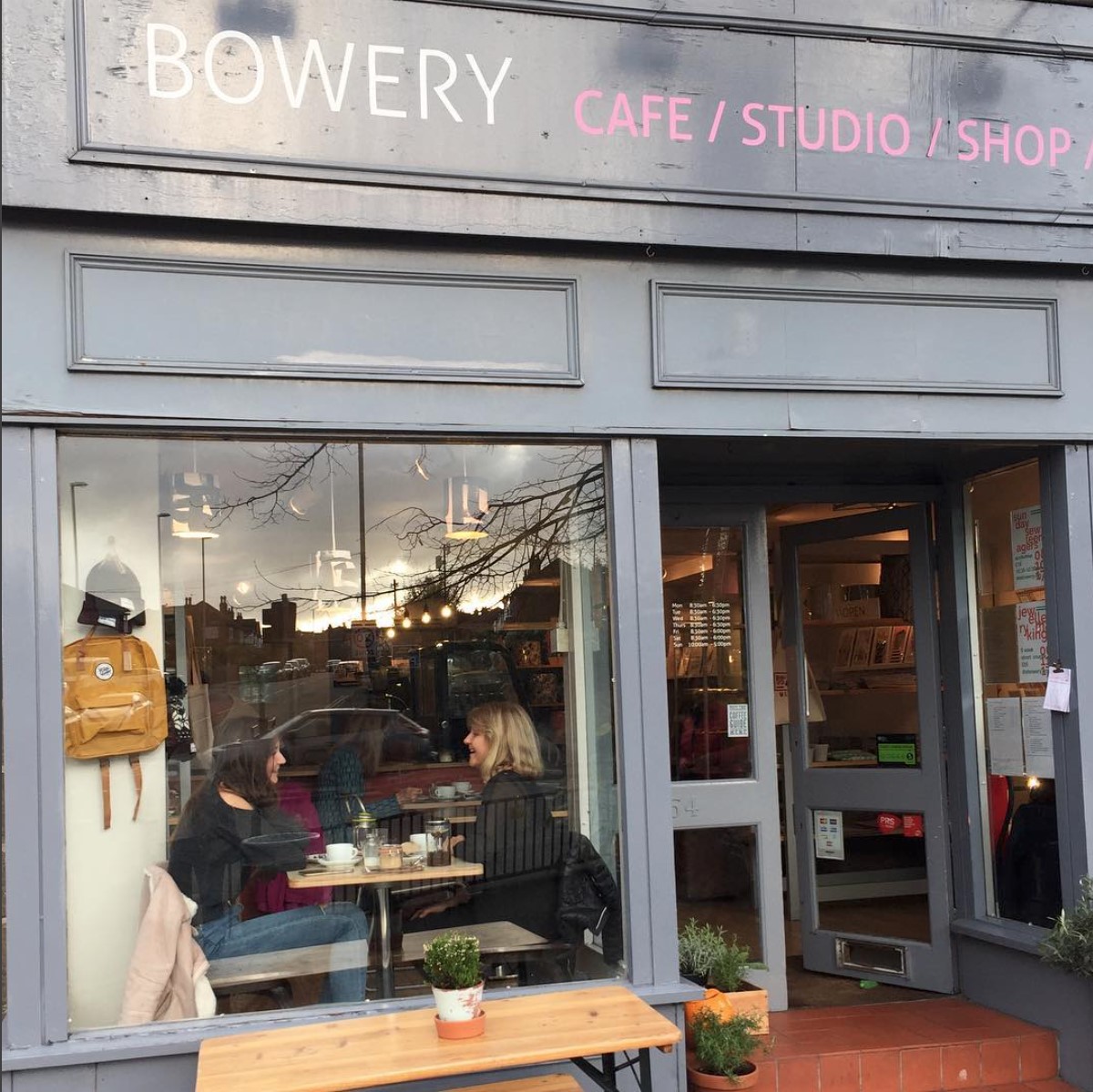 Does watching or performing a dance get you going? Well, you’ll be happy to know that Leeds is the perfect place to get a spring in your step! First we have Northern Ballet theatre, where you can visit to enjoy theatrical productions (such as Victoria, the Nutcracker, Cinderella and more), or you can take classes. We also have Phoenix Dance Theatre, the UK’s longest standing contemporary dance company outside of London. The Phoenix hosts a huge programme of dance performances, meaning you will never get tired of visiting.

You can also explore contemporary dance by studying on Leeds Beckett’s BA (Hons) Dance course. By studying in Leeds, you will benefit from working with local venues and companies including Northern Ballet, Phoenix Dance Theatre, Yorkshire Dance National Dance Agency, The West Yorkshire Playhouse, The Riley Theatre and The Carriageworks, you will find plenty of inspiration for your work. Leeds also hosts regular cultural events like Leeds Festival and Leeds Carnival which our students can be a part of.

This theatre is located on Millennium Square, tucked behind the BBC Big Screen. As you can imagine, just being around Millennium Square is a very inspiring experience. The theatre is probably best known for showcasing family-orientated shows and pantomimes. It does however often showcase more contemporary performances and new talent in it's smaller studio space, and it houses Leeds CAN – the Leeds Community Arts Network. Leeds CAN is an exciting umbrella organisation of 14 arts groups in Leeds, producing live theatre, opera, musical theatre, dance and creative writing. If you come to Leeds, why not get involved with CAN?

Built in 1878, the design of Leeds Grand Theatre is as impressive as the shows that you can watch there. Head here to catch big-name touring west-end shows and musicals such as Wicked and Jersey Boys. As well as this though, you can also catch dance, music and comedy. Over the years, stars such as Laurence Olivier, Sarah Bernhardt and Julie Andrews have graced its stages.

Leeds Playhouse (formerly known as West Yorkshire Playhouse) is pretty special. It’s a producing theatre, so it builds and creates its own shows. It then tours many of these shows nationally, and many have received such a great reception that they take up a place on London’s West End! As well as their shows, they also do a lot of work to support local artists and develop the arts in the community.

City Varieties is a grade II listed venue which hosts music, variety and comedy shows. Built in 1865, this Victorian music hall is one of few which still exist.  Charlie Chaplin, Marie Lloyd and Houdini are among the artists who have visited City Varieties.

You may prefer to visualise the arts in the form of films and movies. If you do, we think you’ll find Leeds pretty special. Leeds offers a large year-round programme of film screenings, events and festivals across over 90 different film-related venues. How many other cities can make a claim like that? Many young filmmakers blossom in Leeds every year, including plenty from our own Northern Film School.

The world’s first films were created in Leeds in 1888 by Louis Le Prince, and the city has celebrated this heritage ever since. Leeds International Film Festival is just one example of this. The festival runs each year, and it really is a city wide celebration of film excellence. The festival qualifies for both the Academy Awards and BAFTAs, and it showcases both new and established talent in many of Leeds’ quirkiest and most exciting venues. It’s often home to exclusive movie premieres too – for example Sandra Bullock and George Clooney’s Gravity. In addition to LIFF, we have two other annual film festivals – Leeds Young Film Festival and the Independent Directions Film Festival.

There's also a great selection of indie cinemas in the city, meaning watching a movie is a real occasion. We have the UK’s last remaining gas lit cinema, Hyde Park picture house, which opened in 1914. It still has loads of original vintage features for a truly retro movie experience. Cottage Road cinema in Headingley is also from the early 1900s, and it’s one of the oldest cinemas in the UK. As well as current movies, it also shows classics, with the hope of keeping the traditional cinema experience alive. There’s also the cinema at Armley Mills Industrial Museum, Mincine, which showcases independent and cult classic cinema. If you fancy a more modern cinema experience, the VUE IMAX on Kirkstall Road shows all of the latest blockbusters, in thrilling 3-D. We’ve also got the Everyman Cinema, which is complete with comfy sofas, plenty of leg room, a fully stocked bar and freshly baked pizzas delivered to your seat. This place feels like a perfect hybrid of an edgy independent cinema and a cosy bar.

Here at Leeds Beckett, we have a huge appreciation for the arts. As well as having a huge variety of creative courses (for example Fine Art, Graphic Design, Fashion, Dance, Performance and Filmmaking), we also have societies, clubs and initiatives for creative students to make the most of.

Leeds Beckett fine art society is just one such initiative a student can enjoy. The society creates opportunities in which young artists or enthusiasts can learn and discuss various aspects of the art world and culture. They also host socials, which are an opportunity to let off some steam with people who have similar interests to you.

If you like to dance, Leeds Beckett has a very successful Dance Club which you could join. Covering lyrical, jazz and hip hop. They compete across the UK and get to perform in front of a crowd of 13,000 at our Varsity game.

If you love performing, visit the recently opened purpose-built studio space at Headingley Campus - Beckett Studio. This hosts performances and provides specialist rehearsal and class space for students from our performing arts courses.