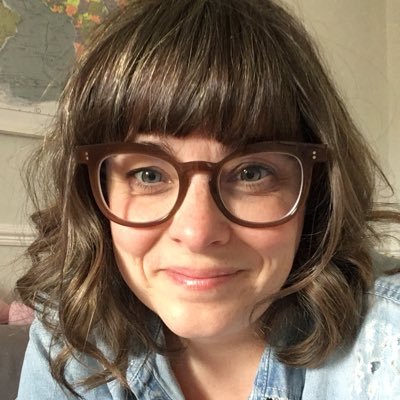 She is a practicing filmmaker. She has worked for various broadcasters in the UK including BBC, ITV and Channel Five. She specialises in factual television and documentary, but also has professional credits for drama, sound post-production and has had her work shown in art galleries internationally. Laura has also worked in commercial and community radio.

Laura has also worked as a sound consultant for production company Rareday on a three-part documentary series, Police Under Pressure, about South Yorkshire Police, which was broadcast on BBC2 in June 2014. In 2016 Laura was Sound Designer for The Ebersole Hughes company on Mansfield 66/67 a feature documentary about the final years of Jayne Mansfield’s life, which was released in 2017 and screened internationally. She recently broadcasted a regular radio show about women in music, sound and the creative industries for Chapel FM.

Laura is currently making a feature length documentary film about living with Dementia She is also a member of the Institute of Professional Sound the Audio Engineering Society and a SFHEA.

As a researcher, her collaboration with University of Leeds Professor Alice O’Grady and Dr Rebekka Kill as part of the AHRC Beyond Text scheme resulted in the creation of a self-shot documentary film that explores the phenomenon of relational performance within contemporary music festivals as an emergent genre of creative communication.

More recently Laura’s research has been based around the self-shooting producer/director, which is also the subject of her PhD and has resulted in the publication of a number of film sequences and conference papers. Although most of Laura’s research explores the stylistic conventions of the micro crew and self-shooter and their impact on filmmaking and she is also concerned with testing practice in immersive film production. Themes include, production hierarchies, technology and its role in modern storytelling, creating the soundscape, and testing modes of practice on location.

She has also published book chapters about the film industry in the USA and good practice in experiential learning.