Matthew Caygill Memorial Lecture
On 20 March, Professor Mary Eagleton gave the annual Matthew Caygill Memorial Lecture, speaking on ‘Clever Girls and the Literature of Women's Upward Mobility'. In her wide ranging talk, Mary drew on the work of various female authors from across the post-war period - including Margaret Drabble, Andrea Levy and Zadie Smith - all of whom focus on some aspect of working-class girls' education and their upward mobility. Underpinning Mary's lecture was a political narrative about the rise and decline of the welfare state, with which Matthew would have empathized, and Mary went on to deftly expose some of the recent fractures between the state and individual.

The lecture was preceded by another excellent Caygill Teach Out, this time taught by our Writer in Residence, Jacob Ross, broadly to the theme of 'Ladder to Success'. An interested group of students and staff attended to hear about Jacob's work and try their hands at story-telling.

Autistic Stereotypes
Dr James McGrath has had an article recently published in The Conversation.

Worse than two fathers’
School Dean, Professor Andrew Cooper has had an article accepted for publication later this year in Papers on Language and Literature, entitled – ‘“Worse than two fathers”: Steampunk Pygmalion and a new look at double standards and the language of things in the digital realm’.

In keeping with recent steampunk productions of Pygmalion, this article presents a retro-futuristic reading of how Shaw’s play engages with language. Focusing upon the pressures operating on Liza when Higgins is ‘worse than two fathers’ to her in seeking to win his wager with Pickering, he demonstrate how her position as both object and agent delivers the play’s criticism of attitudes to language, and also exposes literary and scientific discourses used to construct ideas of standard English in the nineteenth and early twentieth century. Extending the implications of contemporary performances by drawing parallels between Liza and Ada Lovelace - also positioned by two fathers in Byron (literature) and Babbage (science) - Andrew then use the play between the organising figures of Pygmalion and steampunk fiction to assess how Shaw’s work offers new perspectives on the production and re-production of data as language in the digital world of twenty-first century audiences. 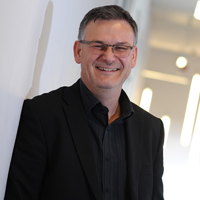