Leeds Beckett University’s research has contributed to the development of Music: Leeds, a project designed to respond to the needs, issues and opportunities for SMEs, larger organisations and microbusinesses within the Leeds region’s music sector. Leeds Beckett University’s research collaboration with Music: Leeds has impacted the music and cultural sector of local authorities by contributing to Leeds City Council’s delivery of their Culture Strategy and programme for a year of culture in 2023, and collaborating with the Leeds City Region LEP, local and Core Cities local authorities. Research conducted in the Leeds music sector by Leeds Beckett University and Music: Leeds has also impacted the strategy of national music organisations such as the Association of Independent Music (AIM), Featured Artists Coalition (FAC) and Music Managers Forum (MMF), who implemented Music: Leeds’s model for decentralised outreach programs.

This aspect has two parts; firstly, a comprehensive mapping of Leeds music businesses and organisations. Data collection is on-going and seeks to capture the types of music businesses operating within the city, gathering data on around 400 music businesses and organisations across twenty-four categories, including around 1000 artists. Secondly, a Live Music Census was conducted as part of a larger Census of UK Live Music. Data from twenty-four live music events and 300 surveys were collected in March 2017 as a ‘snapshot’ of the economic and cultural impact of live music in the city.

Large-scale data was captured from the participants throughout the symposium on aspects of their perception of music in Leeds and their viewpoints on where support (economic, social, cultural, governmental, etc.) may be needed. This data will form the basis for a report to be published by Leeds Beckett University and Music: Leeds to evaluate the economic and cultural impact of these organisations, as well as add qualitative data through a series case studies, alongside quantitative figures.

Leeds Beckett University’s research collaboration with Music: Leeds has impacted the local music and cultural sector of the Leeds region and directly contributed to the following collaborations between music business and organisations:

Research conducted by Leeds Beckett University and Music: Leeds has also impacted the cultural strategy of Leeds City Council’s Culture/2023 team who have used the research findings to shape their aims for music policy in the city. Based on the recommendations made in the initial research findings, Leeds City Council propose to invest to create structures to support music in Leeds, aligned with wider research into Music City and Music Offices.

Leeds Beckett University’s research collaboration with Music: Leeds have created stronger ties with national music organisations such as Association of Independent Music (AIM, Featured Arists Coalition (FAC), Music Managers Forum (MMF), British Phonographic Industry (BPI) and UKMusic, who are planning strategic outreach activity in Leeds. While some of these will manifest in one-off events, AIM in particular has committed to eight events in a twelve-month period. Music Managers Forum, PRS Foundation and Brighter Sound will all present panel discussions at the Unconference event 2018, and event supported by Leeds Beckett and Leeds College of Music, facilitated by Music: Leeds as part of the Leeds International Festival. 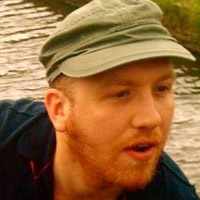