Students reflect on a difficult history

Third year history students who have completed the community history module produced a website to mark the fiftieth anniversary of the death of David Oluwale. 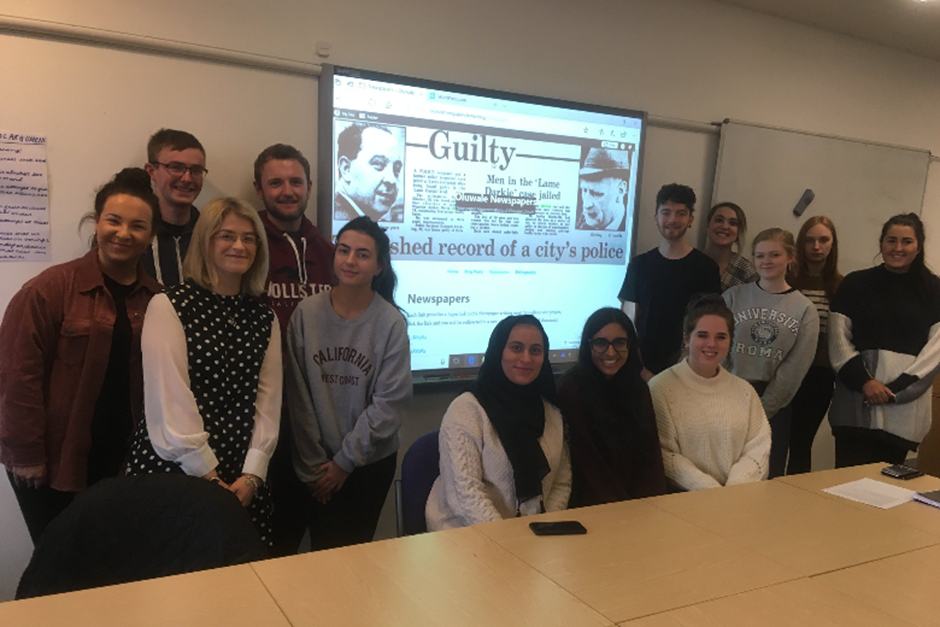 Oluwale was a Nigerian stowaway who spent most of his adult life in Leeds. His time in the city was not a happy one. He spent ten years in a psychiatric hospital, served various short prison sentences, lived rough and became a target of police brutality. His suspicious death in 1969 led to the trial of two Leeds police officers and painfully highlighted the extent of racism in 1960s Britain.

The website reflects on this difficult history. It contains introductory blog posts on the themes of justice, race, media representation and memory as well as an interactive walking tour. It was created in collaboration with the David Oluwale Memorial Association and draws on a wide range of primary research undertaken by the students.

View the website dedicated to the memory of David Oluwale.