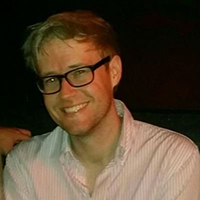 Glen is a Senior Lecturer in Critical and Social Psychology. His research interests include curriculum diversification, medicalization, body image and anti-racism.

Following an undergraduate Psychology degree, Glen took the MSc in Health Psychology at Bath University which first introduced him to critical psychological approaches (in this case challenging psychology's bio-bio-bio model of health and wellbeing). As part of this MSc, Glen undertook a 6-month placement in the Centre for Appearance Research, UWE, UK. Here Glen's interest in impactful psychological work was fostered, as the Centre was at the forefront of improving care for those with visibly different appearances, in particular.

These experiences led to a PhD at Leeds Beckett University in 2012 which also introduced Glen to the British Psychological Society's Psychology of Women & Equalities Section and the International Society of Critical Health Psychology, two psychological networks that promoted feminist and critical approaches to psychology. His PhD subsequently aimed to empirically show that the recent rise in men's body image concerns was related to changes in commercial priorities and was not caused by individuals themselves or by other peeople (especially women).

Glen became a Senior Lecturer in 2015 and continues to follow critical and participatory forms of psychology.

Since 2015, Glen has led a project aiming to reduce the White and Western bias in psychology curriculums. His and colleagues (Sarah Gillborn, Kevin Hylton and others) research has empirically highlighted this bias through content analyses, focus groups and surveys and also developed a repository of materials that can be used to reduce the bias: https://bmepsychology.com/ .