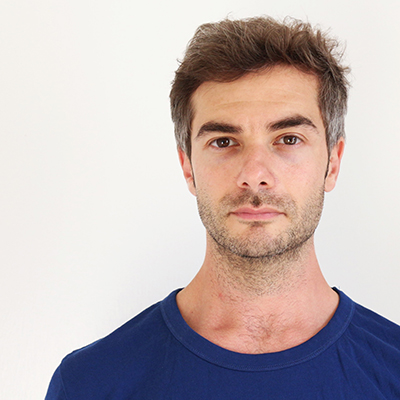 Hafeda is an artist, designer, writer and academic. His work employs art and architecture practices as research methods to negotiate the politics of urban space, focussing on the issues of borders, refuge, displacement, representation and spatial rights. Through this, Hafeda engages with communities to produce counter representations and spatial alternatives that span urban interventions, media representations, art installations and writings.

Hafeda’s interdisciplinary, practice-led research across the fields of urban studies, art and tactical practices of resistence is presented in his most recent book, Negotiating Conflict in Lebanon (Bloomsbury, 2019) and his film Sewing Borders, commissioned by Ashkal Alwan for Video Works (2017), the latter of which was selected for the International Film Festival Rotterdam IFFR (2018) in the Bright Future category, and Queer Lisboa International Film Festival (2018). Hafeda was also the co-author of Creative Refuge (Tadween, 2014) and Action of Street / Action of Room: A Directory of Public Actions (Serpentine Galleries, 2016), and the co-editor of Narrating Beirut from its Borderlines (Heinrich Boll Foundation, 2011).

Hafeda develops site-specific practice-led research methods that are culturally and politically specific. The outcome of which spans urban interventions and gallery art installations that aim for social change and structure writings that relate theory to practice.

His on-going research investigates everyday bordering practices at times of political conflict, and proposes the bordering practices of art and research as critical spatial practices for their capacity to transform certain border positions and expose the construction of narratives on divides. Particularly he explores the border condition of surveillance, sound, displacement and administration and their im/material negotiations in the production of urban space. He conducts participatory design processes in refugee camps in the Middle East and with migrant communities in the UK and explores the potential of play as a mechanism to activate the role of individuals and their representation in urban space.

Hafeda is currently working on a new practice-led research project funded by the Arts Council England that explores the notions of time and waiting as mechanisms of controlling the space of displaced communities. The project works with displaced communities and refugees from the Middle East, Africa and Asia in the UK recording their temporal bordering practices and investigating the types of borders they encounter on a daily basis and their modes of resistance to these borders.