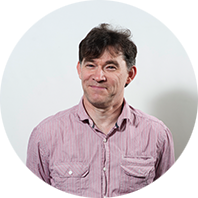 Steve's background is in Transpersonal Psychology and Positive Psychology. He has published seven books. His book Making Time details his ideas and research on time perception; Out of the Darkness details his research on the transformational after-effects of facing turmoil and trauma. Other books include The Fall, Waking From Sleep and Back to Sanity.

Steve's journal articles have been published in over 40 academic journals, magazines and newspapers, including The Journal of Humanistic Psychology, The Journal of Consciousness Studies and The Journal of Transpersonal Psychology. His work has been featured widely in the media in the UK, including The Daily Mail, The Daily Express, on BBC Breakfast, BBC World TV, Radio 4 and 5, and in The Guardian and The Independent. Steve's website is www.stevenmtaylor.com.

In recent years, Steve's research has focused on the positive after-effects of facing turmoil and trauma. This was published in his book Out of the Darkness, in The Journal of Humanistic Psychology and as a chapter in the academic book The Psychology of Trauma. His research was featured on Radio 4's Womans' Hour, and had a major response, with many people writing in to share similar experiences. His latest book Back to Sanity was excerpted in the Daily Mail and also had attracted many comments from readers.