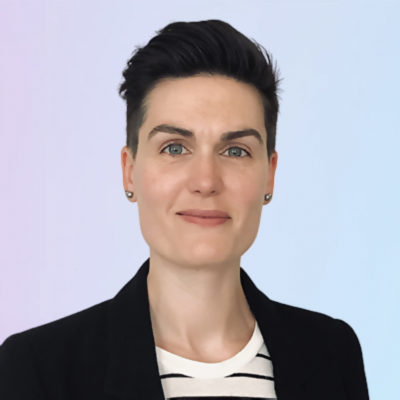 Tamara is a Senior Lecturer in Psychology. Her work focuses on sexual violence, abuse, bullying and harassment. Her research in these areas extends to victim-survivors and perpetrators, as well as adults, young people and children. Tamara’s overarching interest is in informing policy, practice and theory regarding sexual violence and abuse, identifying the forms that sexual violence and abuse take, and what supports and prevents these in individuals, families, communities and societies. Her work also encompasses sex and sexuality, including sexual thoughts and fantasies, and socially stigmatised sexual practices.

Tamara is co-lead of the Genders and Sexualities Programme of the Centre for Psychological Research and lead of the Stigmatised Sexualities and Sexual Harm research group. In 2014, Tamara was shortlisted for Leeds Beckett’s Researcher of the Year, along with Dr Kate Milnes. An active member of NOTA’s Prevention Committee, Tamara also co-organises and contributes to public engagement events on sexual violence and abuse.

Tamara joined Leeds Beckett in 2009 as a Lecturer and has previously worked as an Associate Lecturer at Leeds Trinity University College, and in a variety of research and teaching assistant positions at the University of Leeds. She has served in a variety of roles of responsibility in our time with us, including Psychology Postgraduate Research Tutor, Chair of the Psychology Research Ethics Committee, Course Leader for the BSc (Hons) Psychology with Criminology degree, and founder and co-ordinator of the Centre for Applied Social Research's Early Career Researcher Network.

Tamara has taught at all levels of the BSc (Hons) Psychology course and on the MSc Psychology (Conversion Award). She is Module Leader for the final year elective module Forensic Psychology, which has an emphasis on how social inequalities shape understandings of crime and criminal justice responses. Tamara also supervises student research at undergraduate and postgraduate level. She is keen to hear from prospective MRes and PhD students in her areas of interest. Her current research students include:

Tamara has a Postgraduate Certificate in Higher Education (PGCHE) and is a Fellow of the Higher Education Academy (HEA). In 2015, she was nominated for Fantastic Feedback, and in 2016, for Undergraduate Supervisor of the Year, by the student cohort for the University's Golden Robe Awards.

Tamara’s research interests include: sexual violence, abuse, bullying and harassment; sex and sexuality; intersections with power and social inequalities; research-informed prevention and rethinking and improving society’s responses to sex, sexuality, sexual violence and abuse; interdisciplinarity and methodology, particularly participatory, creative and mixed methods; and collaborating with practitioners and other researchers.