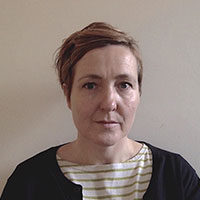 She has in recent years developed a number of educational projects for students with external partners including British Art Show 8, Arts Council Collection and ICA.

Marion Harrison is an artist and curator based in Leeds, UK. In recent years she has developed a number of broadcasts, projects and collaborations using radio as the primary medium. She is interested in the idea of nomadic transmission and receivership, the radio voice and radio as a space to blur fact and fiction. She has worked on a number of radio curatorial projects including co-devised and programming of RadioCity, 2014 at Tate Britain with Harold Offeh and Project Radio, 2015 with Sophie Mallett.