Professor Akintoye, Dean of School of Built Environment and Engineering, joined the University in 2017. He holds the Chair of Construction Economics and Management.

In 1994, Akin left Salford University College to join Glasgow Caledonian University (GCU) as a Lecturer in Quantity Surveying and was promoted Senior Lecturer and Reader. Whilst at GCU, he undertook a number of roles including Subject Leader and Director of Research. In 1999, he was promoted to Professor of Construction Economics and Management and became Associate Dean of Research and Knowledge Transfer of the School of Built and Natural Environment in 2002, with responsibility for developing the School’s research and knowledge transfer strategy and Research Assessment Exercise. Akin was elected the Chair of the Association of Researchers in Construction Management in 2000.

In 2008, Akin moved to the University of Central Lancashire to be Head of School of the newly formed School of Built and Natural Environment. Here, he grew and diversified its academic portfolio at undergraduate and postgraduate levels, substantially increasing its international reach with partnerships, franchises and collaborations in South East Asia and Africa.  He established the School’s Part One and Two programmes in Architecture with RIBA validation and a degree programme in Civil Engineering. In 2011, he became Dean of Grenfell-Baines School of Architecture, Construction and Environment where he was Chair of the School Executive Team and a member of the University Senior Management Group. Upon the academic restructuring of the University, he became Director of Research and Innovation at the College of Science and Technology in 2015 with the responsibility for overseeing the College Research Excellence Framework in nine (9) Units of Assessment. He was in this role until 2017 when he moved to Leeds Beckett University as the Dean of School of Built Environment and Engineering.

Professor Akintoye was visiting professor at the Department of Civil Engineering, Asian Institute of Technology, Thailand and Department of Building and Real Estate, Hong Kong Polytechnic University. He was also a distinguished scholar at the University of Cape Town, South Africa. He was an invited scholar of the University of Tsinghua and University of Xiamen, China.  He holds Fellow of both the Royal Institution of Chartered Surveyors and Chartered Institute of Building. In addition, he is Editor-in-Chief of the Journal of Financial Management of Property and Construction. Professor Akintoye is Co-Coordinator of the World CIB (International Council for Research and Innovation in Building and Construction) Working Commission (W122) into Public Private Partnership.

Professor Akintoye spent many years of his academic life engaged in teaching, research and academic enterprise directly linked to the economic formation, modelling and prediction of construction activities. He has gained international recognition for his scholarly work in the area of construction risk management and procurement, construction estimating and modelling, construction economics, and construction inventory management. He has supervised 20 doctoral graduates and advised numerous master’s students. In addition, he has over 200 academic publications and outputs and has been a keynote and invited speaker to conferences in China, USA, Brazil, Chile, Trinidad, Guyana, Europe, Hong Kong, Australia, Malaysia, Botswana, South Africa, UAE, Singapore, Nigeria, and Ghana.  Formerly a member of the UK Engineering and Physical Science Research Council (EPSRC) Peer Review College and he is a referee for research councils in the UK, Belgium, South Africa and Hong Kong. He was a member of the Washington World Bank/OECD/International Transport Forum Think Tank on Public Private Partnerships for Transport Infrastructure Renegotiations.

Professor Akintoye has continued to work very closely with industry and has established a robust international network of experts in many countries with government institutions and private organisations on PPPs and PFIs.  He has published four books on Construction Innovation and Process Improvement and Public Private Partnerships. He has organised many international conferences and produced conference proceedings including Socio-political and technological dimensions of climate change, PPP Body of Knowledge and Innovative Detailing for Materials and Construction Methods for a Low Carbon Future. 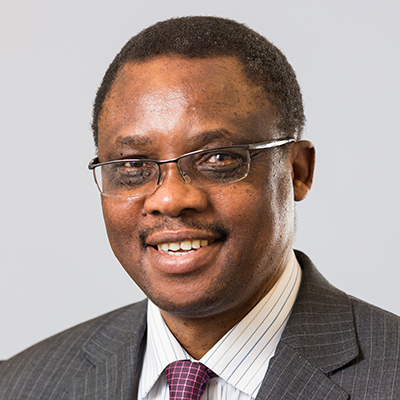