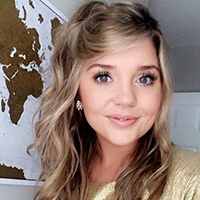 Sorcha McCormack is a lecturer in law at Leeds Law School.

Sorcha joined the law school in August 2018. She was called to the Bar of Ireland in 2013 and has worked as a lawyer for a Local Authority dealing primarily with Special Educational Need Tribunal Appeals.

Before joining the school, she worked as a researcher at Leeds University where she led highly successful pro bono research projects with Professor Luke Clements. These projects explored disabled children and their families' statutory rights. In 2017, she presented their research findings to a Select Committee in Parliament, where the Secretary of State for Education later agreed to amend the statutory guidance as a result of their and other charities research.

Sorcha is currently completing her PhD at Durham University titled "The treatment of incapacitated rape victims in law and society, analysis and reform through a theory of vulnerability". She has also taught Criminal law, Law Sex and Crime and Tort law at Durham University.

Sorcha's particular research interest lies in Criminal law and Feminist legal theory. Her PhD explores the hierarchal protection of incapacitated rape victims with a particular critique of the liberal legal autonomous subject. She uses Martha Fineman's theory of vulnerability as a theoretical underpinning to suggest reforms to the legal and social response to victims of sexual assault.

She has presented her research at workshops and conferences nationally and internationally at Emory Law School Atlanta, Georgia.