Once the grip of Autumn and Winter takes hold and the small trees and shrubs thin out, a walk through the woods often reveals hidden pieces of history. 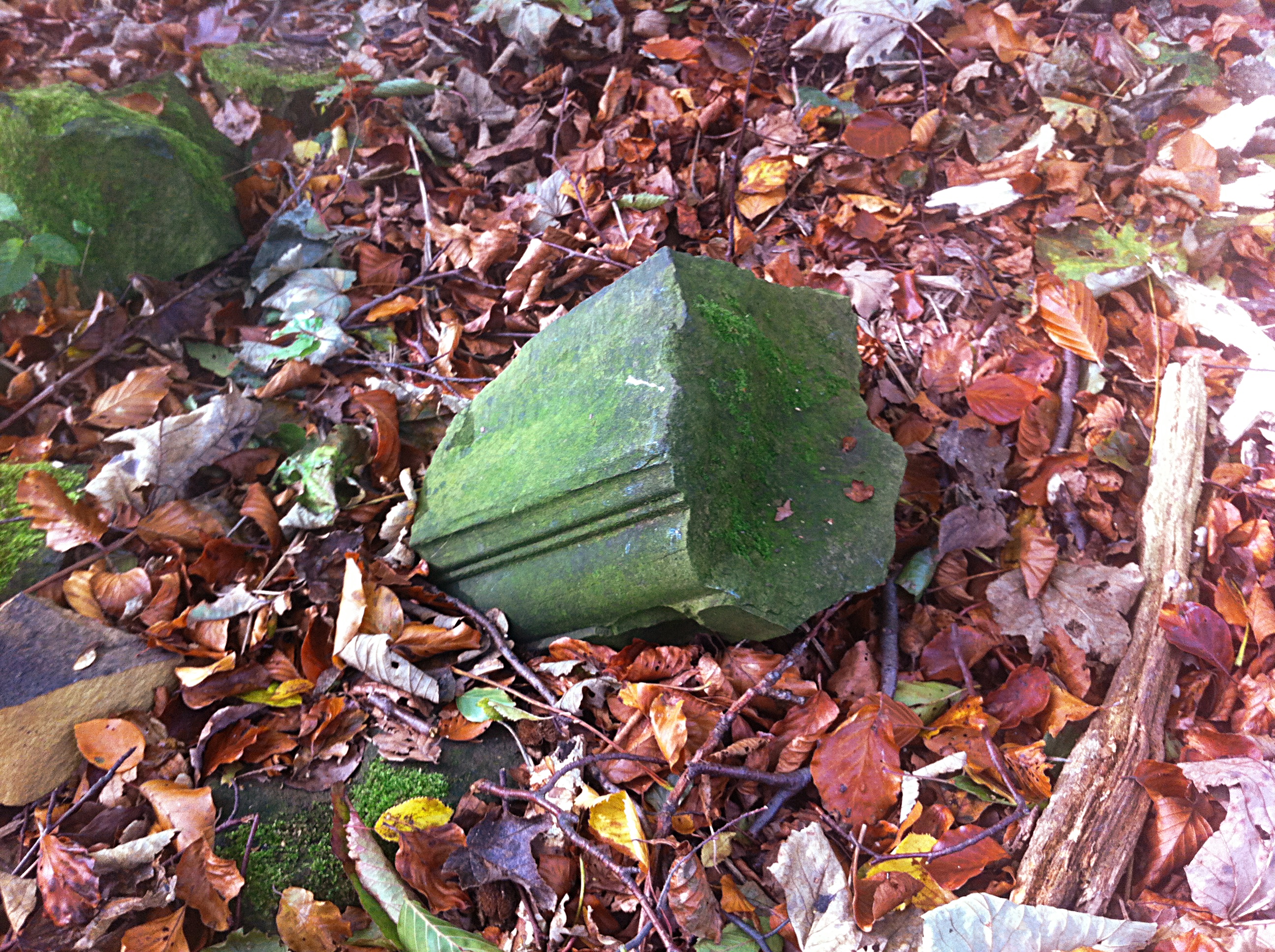 Queenswood in particular seems to have attracted all sorts of material whether deliberately abandoned or lost by accident. In the past several interesting and unusual items have been recovered including an old bus conductors ticket machine and an RAMC cap badge. Still in situ are several pieces of masonry which have obviously been worked and in some cases look very finely carved. Nearby is an old wall almost completely sunken but it can be traced on nineteenth-century OS maps as forming a retaining wall which enclosed a spur of Queenswood that protruded into the Parkland. The finely worked masonry looks too grand for a retaining wall, which opens up speculation as to where it came from.

One possibility to speculate on is that the masonry formed part of the lost wing of the Grange. Originally the Grange was designed as a villa-with-wings by Palladian architect James Paine, it is believed he was hired by Walter Wade in the early 1750s to completely rebuild New Grange. A 1766 plan of the estate clearly shows the two wings, however there is no corroborating evidence that this east wing was ever built. From an aesthetic point of view an east wing would have bought balance to the design of the Grange. In the nineteenth-century William Beckett made several alterations to the house which has masked the intent of the original architecture.