Children of the World…in The Grange

The Grange has played host to many during its long history, one event that is little known comes from its relatively recent history. During the Summer of 1969, Leeds teacher Martyn Fisher was Director of the Children’s International Summer Village (CISV) held at Beckett Park. 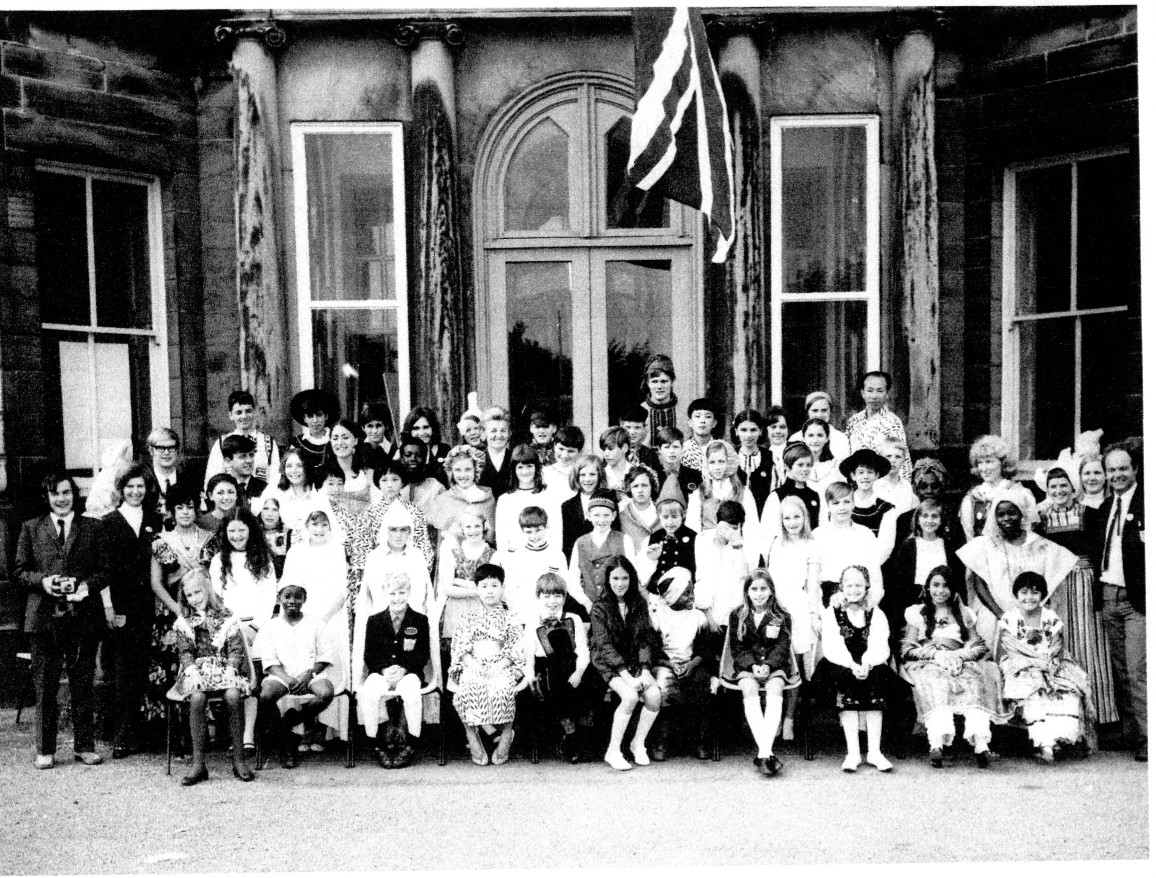 The ‘villages’ were originally founded in Cincinnati, Ohio in 1951. A non-profit and apolitical organisation with Associations in over fifty countries. Their aim was to hold villages throughout the summer months where 11-year-olds of different nationalities could come together, make friends, learn about each other’s culture and perpetuate and foster understanding and tolerance.
Martyn explains that “The village was officially opened in the Great Hall by the then Lord Mayor of Leeds, Alderman Rafferty who was accompanied by the Leeds CISV president, Stanley Burton of clothing family fame. Life in the village consisted of a huge variety of singing, games, sports, arts and crafts, swimming, folk dancing, drama and music making.” Another feature of the villages was that participants brought examples of their national costume. During the month each delegation presented a ‘national evening’ when the camp was entertained with songs, games and dances from one of the participating countries.

The main building used by the Camp was The Grange, where all members of the village slept and where most of the activities took place. The grand octagonal hall with sweeping staircase was bedecked with huge flags from all the nations represented. Martyn reminisces that “the Leeds CISV was held during July/August 1969. In addition to myself as Camp Director, there was a Deputy and two more staff. Each delegation consisted of two boys and two girls and an adult chaperon. There was also two or three teenage Junior Councillors who helped with the running of the Camp. There were eleven nations represented, the children coming from Mexico, United States, Holland, Japan, Liberia, Norway, Romania, Israel, Sweden, Belgium and Italy.”

During the course of the month, the Camp was entertained by a number of outside activities including a Civic Reception at Leeds Town Hall, a tea party at (the now long gone) Schofield’s Department Store on the Headrow and a visit to Rowntree’s (now Nestles) chocolate factory in York.

Martyn concludes, “The whole month proved to be both an exhausting and exhilarating time for all involved. As a consequence of the Camp, many friendships were made and have been happily maintained.”

Thanks to Martyn and James Fisher for providing material for this guest blog.