In this centenary year of the Royal Air Force, it seems an appropriate time to look into the heroic story of Acting Flight Sergeant Arthur Louis Aaron V. C. The only Leeds recipient of the Victoria Cross during the Second World War. 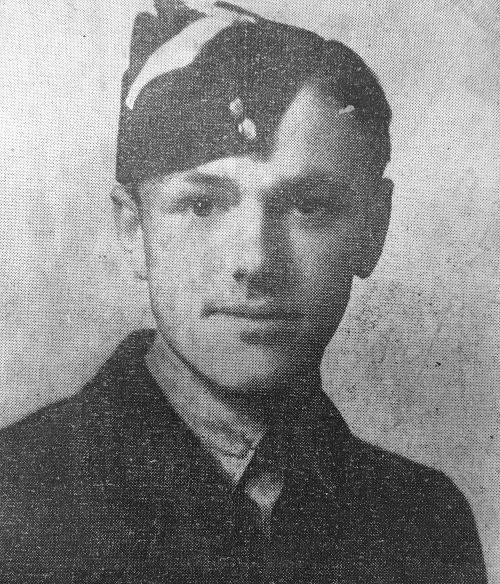 On the 12 August 1943 Aaron was Captain and Pilot of a Short Stirling heavy bomber of 218 Squadron taking part in an air raid over Turin. They took off from an airfield in Britain, but while flying over the Alps an enemy fighter spotted them and attacked. The confrontation was devastating, three engines were hit, elevator controls damaged, the windshield shattered and the front and rear turrets destroyed. The plane was unstable and had become difficult to fly. The attack killed the Navigator outright and wounded other crew. Aaron’s injuries were horrific, part of his face was missing, his jaw broken, his lungs stricken and right arm useless. The strike forced him forward sending the plane into a steep dive, losing thousands of feet in a matter of seconds. The Flight Engineer managed to regain control at 3,000 feet.

Unable to speak and despite his injuries, Aaron directed the Bomb Aimer Flight Sergeant Larden and the surviving crew on flying the stricken craft. They headed south hoping to reach Sicily or the North African coast. Aaron tried to take over flying duties, but was prevented by his injuries. Despite these and the morphine, the Captain continued to direct his crew. After about five hours, their fuel was almost spent when they spotted the flares of Bone Airfield on the Algerian coast. The bombs were still in their bay, the crew unable to jettison them, the undercarriage damaged. In the dark, they made four attempts before making a landing on the fifth. Aaron died nine hours after making the landing.

Aaron’s official citation reads ‘In appalling conditions he showed the greatest qualities of courage, determination and leadership’. His command and self-sacrifice saved his comrades and prevented them and the plane from falling into enemy hands.

Shortly after these events, a public subscription founded the Arthur Louis Aaron V. C. Scholarship to be awarded to a Leeds boy for study at the Leeds School of Architecture. The first recipient of the £50 prize was Robert Wilde in 1944.