This November marks the centenary of Armistice Day the beginning of the end of World War One hostiles. In the years that followed, towns, villages, businesses and institutions across Great Britain began a process of remembrance.

In 1921, the City of Leeds Training College erected a war memorial to fallen Students and Staff. Although records are not complete, Henry Thomas Todd, a science tutor at the College, instigated the idea of a memorial. He reported to the Old Students Association that funds had been raised through subscription, but fell short of the total required and he suggested that the OSA make a contribution, they supplied the last £10 needed. It has not been recorded what the final price of the memorial was. 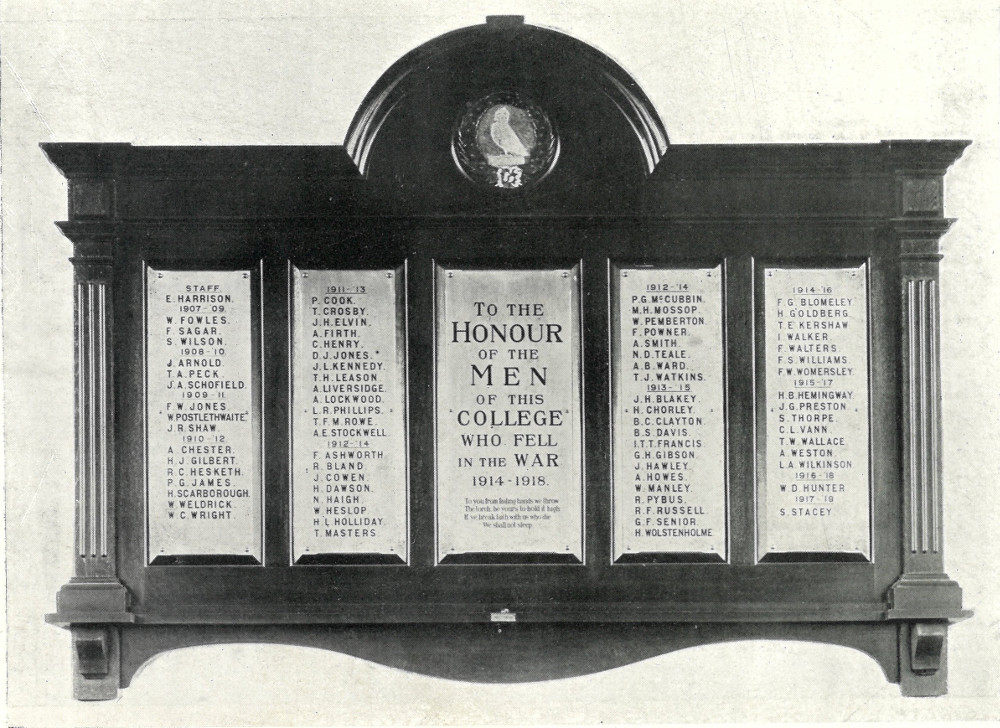 Originally erected in the Great Hall, the memorial had four brass plates bearing the names of seventy-four students and one member of staff; two further names were added later. A central plate bore the dedication including lines of verse from the third stanza of Lt Col John McCrea’s poem ‘In Flanders Field’ first published anonymously in Punch on 8 December 1915. McCrea’s poem captured the imagination of the public. The challenge of the final lines was for future generations to remember the fallen at all costs. This accorded with the sentiments of the time and McCrea’s words found their way onto many war memorials.

In Flanders fields the poppies blow
Between the crosses, row on row,
That mark our place: and in the sky
The larks, still bravely singing, fly
Scarce heard amid the guns below.
We are the Dead. Short days ago
We lived, felt dawn, saw sunset glow,
Loved and were loved, and now we lie,
In Flanders fields
Take up our quarrel with the foe:
To you from failing hands we throw
The torch: be yours to hold it high
If ye break faith with us who die
We shall not sleep, though poppies grow
In Flanders fields.

The symbolism of the poem resonated with the college ethos. The torch of remembrance passing to the next generation echoed the torch and book included on the college badge, a torch of knowledge illuminating darkness, a torch passed from teacher to pupil.

During 1947-48, the Old Students Association paid £101. 7. 6 to add four new brass plates to the memorial and alter the dedication on the central plaque to reflect those who died in the Second World War, a further fifty-five lives added to the memorial. 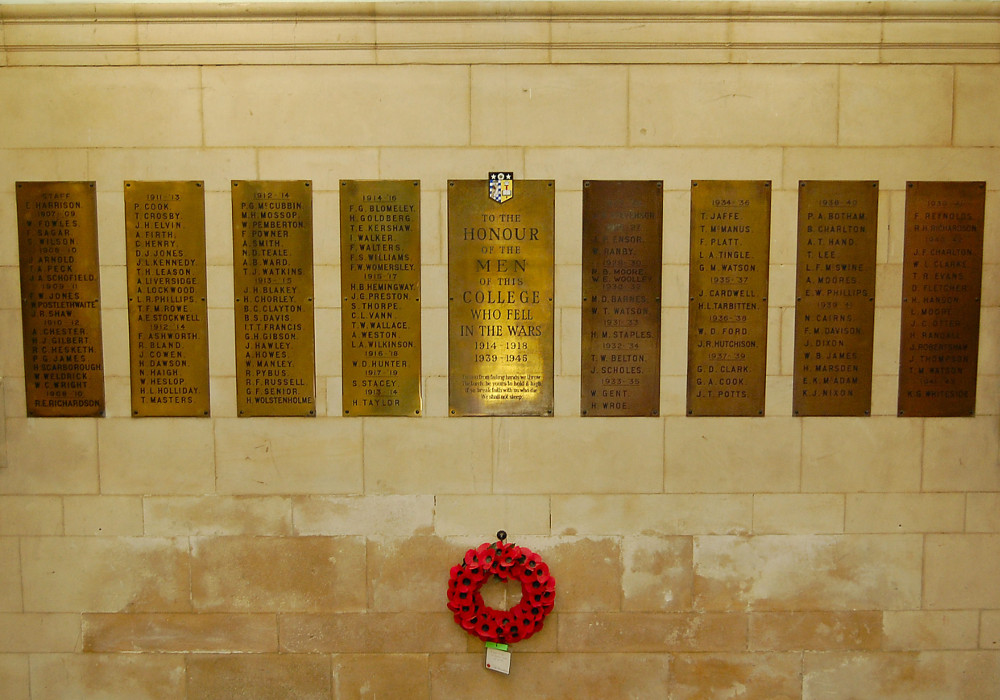 In 1978, a fire raged through the Great Hall causing extensive damage to much of the original wood panelling. Extensive damage to the pipe organ and balcony meant they were beyond repair and removed. A small amount of panelling survived the fire along with the war memorial. A sensitive restoration of the original décor took two years to complete and renamed the James Graham Hall. During a mid-1990s refurbishment, the Hall became part of the entrance to the Library and the memorial moved and erected in its present position in the foyer of the James Graham Building. 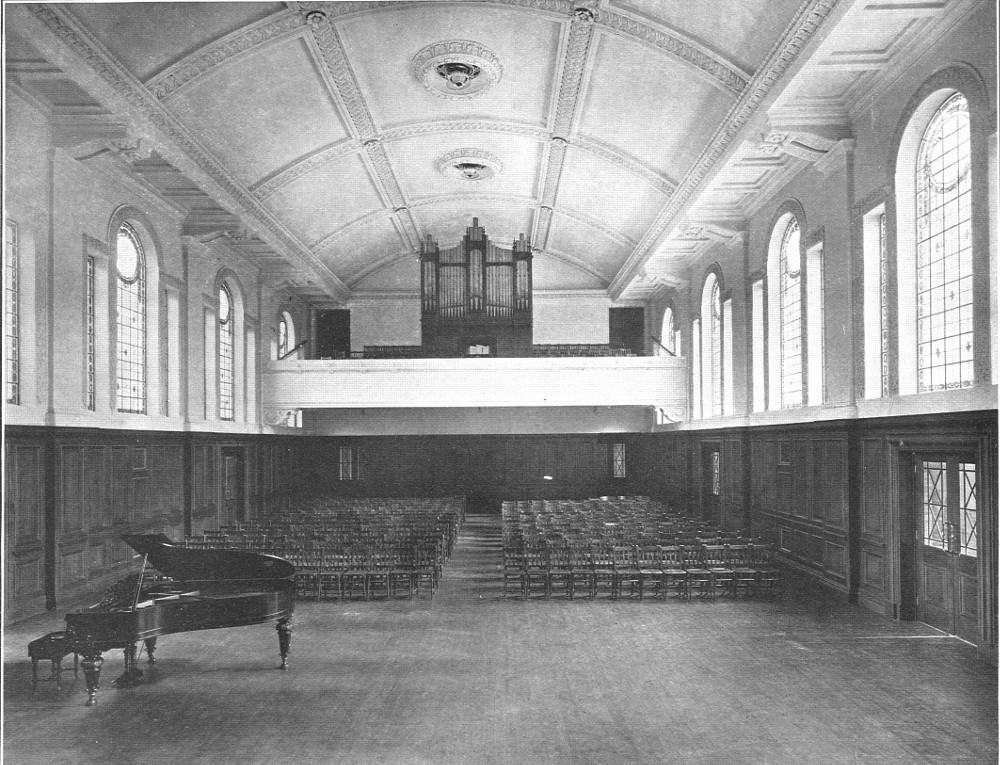