On the evening of 17 February 1916, Gilbert Ashcroft sent a postcard to his mother Hannah thanking her for a recent parcel and a letter he had received just that day. 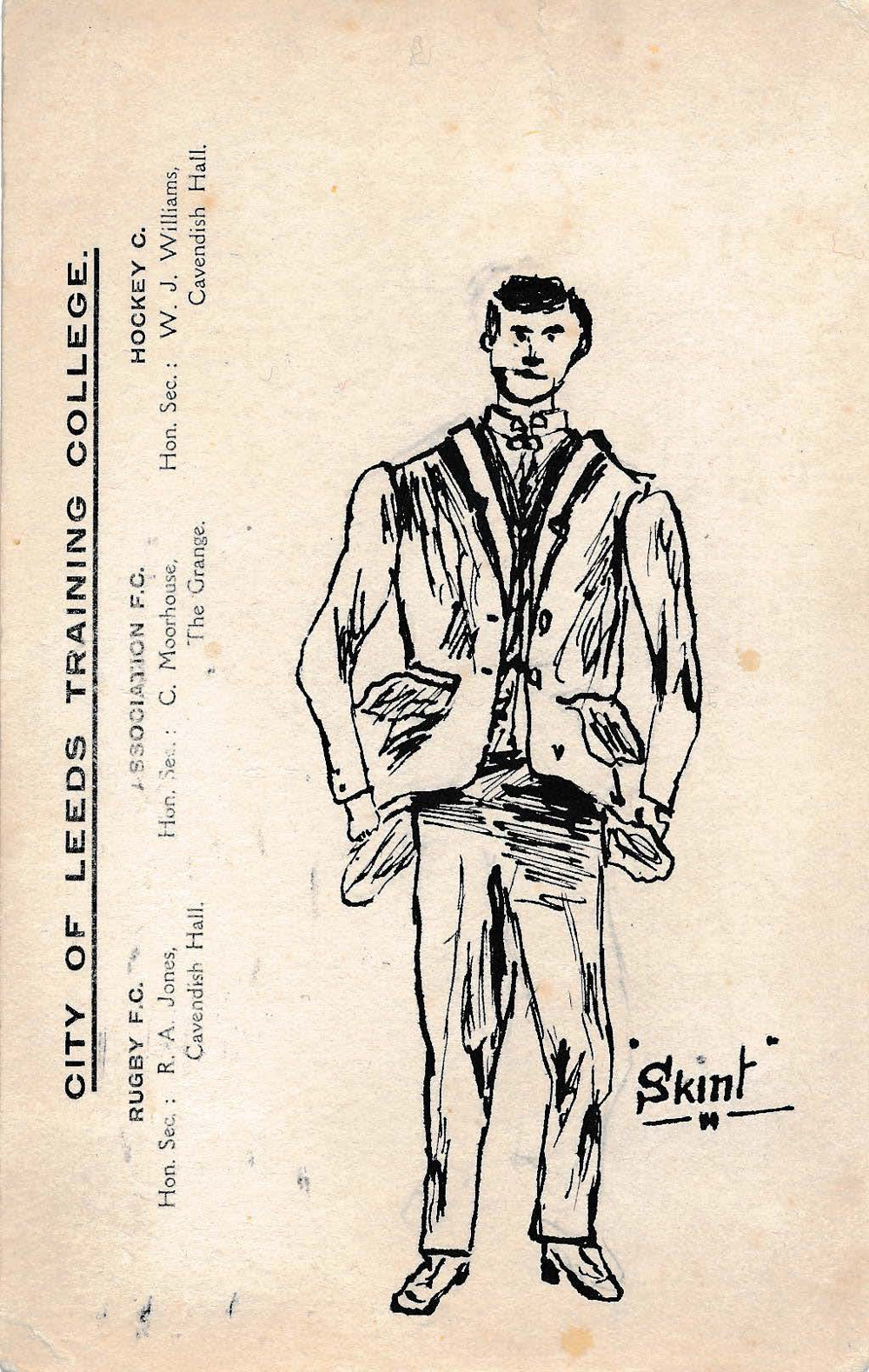 The urgency of Gilbert’s postcard was to remind his mother about a P.S. on his last message. He didn’t explicitly mention his request, but the postcard includes a sketch of himself tugging at his empty pockets. A reminder that student finances have been a thorny issue for generations of students.

The fees charged by the College for one year of study was £20 payable in advance and covered Residence and Board, Tuition, Medical attendance (no NHS in those days) and Laundry. The course usually lasted for two years, but for more experienced students there was a one-year option, in some circumstances a three-year course was available. The Governors financed School Practice travelling expenses. College Athletics clubs required a further subscription of £1 1s 0d for men 7s 6d for women.

Gilbert Wheelhouse Ashcroft was born in 1894 at Birkenshaw near Bradford, the son of a Joiner. Gilbert was a student teacher at the City of Leeds Training College in 1916. Shortly after leaving College Ashworth joined the newly formed Royal Air Force as a Wireless Operator based at Clipstone in Nottinghamshire, he transferred to the RAF Reserves in 1919. One of his first teaching positions in civilian life was at Christ Church School, Meadow Lane in Leeds. In 1924 Gilbert gained promotion to Headmaster at Shadwell National School, for many years he was headmaster of the Elementary School at Monk Fryston. He died in 1972 in Tadcaster.