Studying between the Salt Water and the Sea Strand

In the second of his articles, Keith Rowntree explores how students and staff of the City of Leeds Training College coped with adverse conditions during WW2. 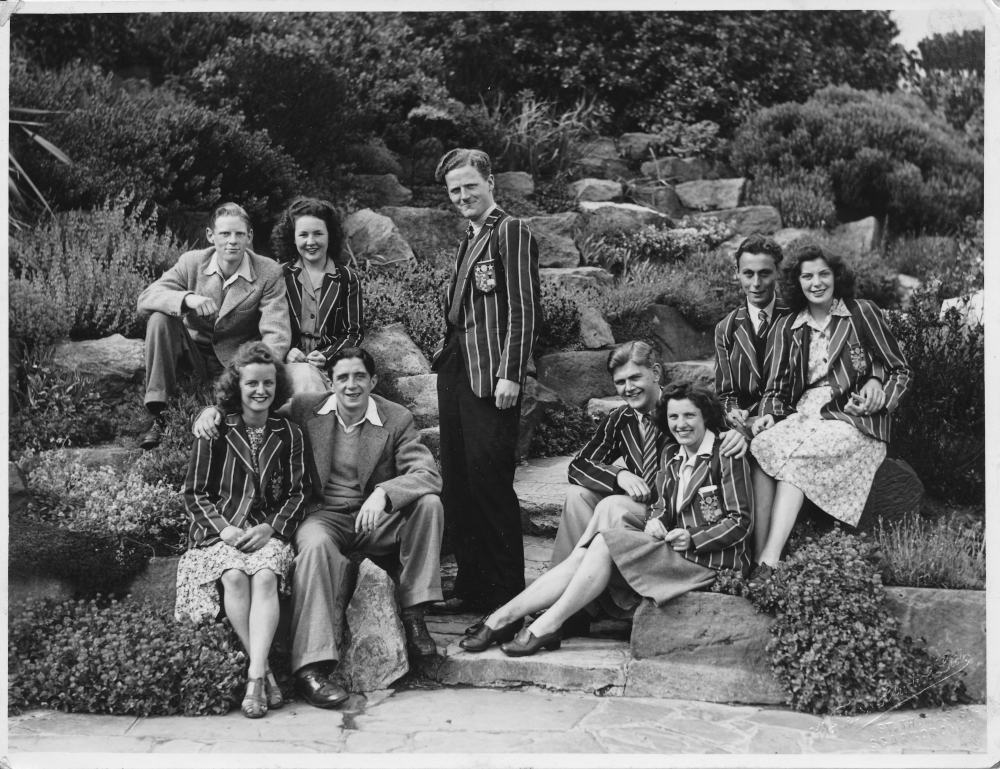 The current pandemic is not the first time that students and staff from our University have found themselves teaching and learning under unusual circumstances. In the lead up to World War Two, plans were drawn up to convert the College site into a hospital. However, Headingley Campus became an army training centre and RAMC depot instead; with retention of hospital facilities for emergency use such as enemy action disabling the city's main hospitals. Strategies were discussed to disperse women students to Loughborough in the event of war; plans quickly changed due to many male students' exemption from military service, thereby creating an accommodation problem. The Training College was forced to make new arrangements and gained approval to move to Scarborough. Malcolm Rowntree, a Scarborough councillor, negotiated with the North Riding County Council and approached five Scarborough hotels to provide accommodation.

When the College transferred from Beckett Park, it tried to maintain the integrity of its named hostels. As far as possible, they moved each hostel as a unit to a participating Scarborough hotel. The Grange moved to the Villa Esplanade, Fairfax Hall to Brooklands, with Cavendish Hall split between the two. These hotels provided accommodation for male students. Female students found housing in separate hotels; Macaulay Hall moved to Red Lea, Bronte Hall to Southlands and Leighton Hall making use of both these hotels and Caedmon went to the Dorchester. By 1 November 1939, the College had implemented a full timetable and donned the new address of, The City of Leeds Training College, High Cliffe, Filey Road, Scarborough. High Cliffe became the new Education Block (James Graham Building) for teaching and administration and Victoria Hall, part of the Holy Trinity Church, used for Physical Training. Negotiations with Scarborough College allowed the Leeds college access to various playing fields.

Initially, there was some resentment and misunderstanding among Scarborough residents. One protest poster read 'We want battle dress, not blazers'. Students wrote an open letter in the Yorkshire Post in January 1940 in an attempt to explain that many students were either too young to be called up or were awaiting call up papers. It seems this, the students work in the community, and Mr Rich's charm offensive quickly reassured those residents with concerns.

While the Scarborough sojourn, on the whole, passed without major incident, one tragedy shook the college community with the death of Cyril Walter Hutchinson, a 19-year-old student from Rotherham. He died on 11 March 1941 from blast injuries after a parachute bomb landed on the school in Queen Margaret's Road, where he was walking. German bombers, returning across the North Sea, often dropped their unused bombs on seaside towns and communities after bombing raids on the industrial cities of Yorkshire, Lancashire and Hull. Cyril was unfortunate enough to be in the wrong place at the wrong time.


After five long years, the College moved back to Leeds in December 1945. Carnegie College, which closed for the duration of the war, returned to Carnegie Hall in September 1946 and students returned to studying in a more traditional environment. Back at Headingley, many of the buildings and sports fields had undergone extensive alternations and repurposing by the Army. It was a changed world. Nothing was quite the same. Some had perished, many survived. The College community emerged from exile; perspectives had shifted, but new opportunities emerged from the significant disruption they had endured together.