Supporting the Country, Then and Now

In the first of two articles, Keith Rowntree reflects on the experiences of our University now during the pandemic and previous historical events; exploring how one of our foundation colleges contributed in two world wars. 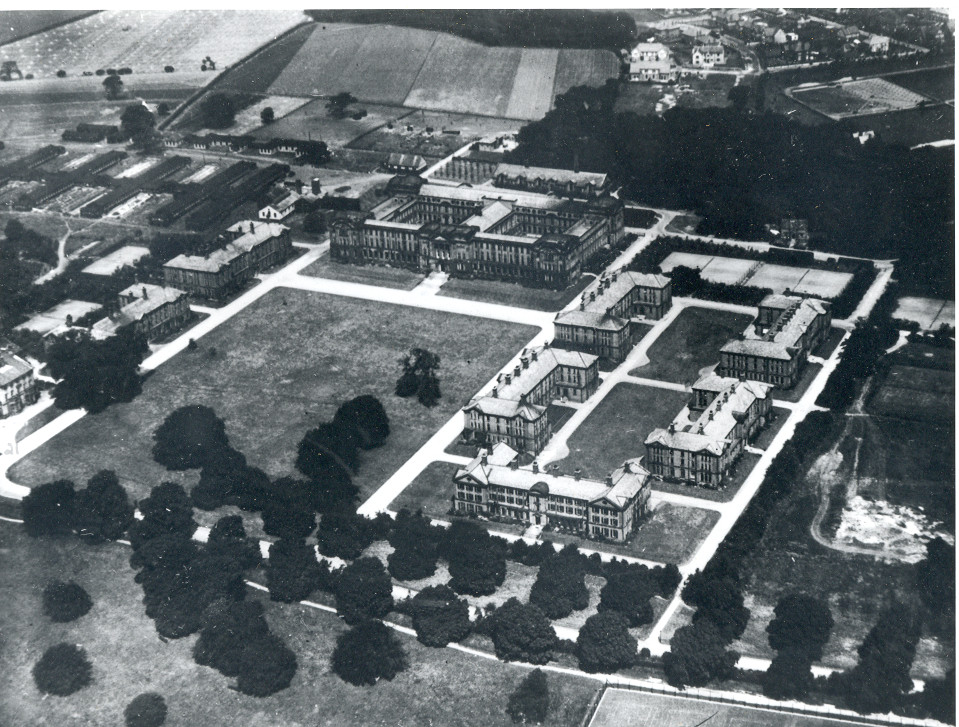 During World War One, the City of Leeds Training College, the original College on our Headingley Campus, served as the 2nd Northern General Hospital. Plans to make use of the college buildings were made even as the first students began to occupy the freshly constructed buildings in 1912. Britain entered the Great War on 4 August 1914, almost immediately the Education Block (James Graham Building) and three hostels were requisitioned under the Territorial and Reserve Forces Act (1907). Between 1914 and 1917, gradually almost all the Beckett Park buildings were occupied by the military forcing the College to find alternative accommodation. Throughout the war, the College found temporary housing and teaching spaces in a variety of Leeds schools, public buildings and private houses. Some students and staff expressed the belief that 'we are practically non-existent' as the College dispersed across Leeds. Until 1916, women students remained on campus, and the juxtaposition of female students' disporting themselves in unseemly ways' and recuperating soldiers caused James Graham, Director of Education, some concern. Interestingly he laid no blame on the leering soldiers. By 1917 students were living and studying in temporary accommodation while the hospital and its ancillary activities expanded over the campus. The College began its return to Beckett Park in spasmodic fashion, between 1919 and 1927 the hospital and College shared the site. The last patients transferred to Chapel Allerton Hospital in Gledhow in May 1927.

In the lead up to World War Two, military authorities sought to replicate the successful repurposing of the college buildings once more into a hospital. In the years leading up to the conflict, particularly after the Munich Agreement in 1938, plans were drawn to convert the City of Leeds Training College site into a hospital once more. However, the progress of the war led to Headingley becoming a training centre and depot rather than a hospital. On 3 September 1939, a requisition order was pushed through, and according to R. W. Rich, the Principal, the teacher training college was in military hands before lunchtime that day. Unlike the previous war and the piecemeal approach to the occupation, in 1939, the whole college site was taken over by the military in one fell swoop. The students were evacuated to Scarborough, occupying five local hotels, church halls and school playing fields.

Meanwhile at Headingley, training and depot facilities included training and accommodation for the ATS ('Women's Army'), Officers' Courses, NCO's instruction, drafting and inoculation for foreign service, drill, lectures and field exercises. Towards the end of the war, the site functioned as a remedial centre for misfit soldiers and housing for repatriated POW's. The College returned to Headingley in 1945 many of the buildings and sports fields had undergone extensive alternations by the Army and resumption of normal College life was slow and painstaking.

While today's pandemic is a very different beast to the trials and tribulations that former students and staff endured during two World Wars, the disruption we experience in our daily lives resonates. Today, our University buildings, Portland and Rose Bowl are providing training and other facilities for vital non-clinical NHS staff. Parallels to the use of Headingley as both a functional hospital and healing centre during the First World War and as an RAMC training centre during the Second. Once again, the world has transformed, and new challenges and opportunities emerge.