All they hoped for. All they had. At rest

With VE Day now being celebrated, Keith Rowntree reflects on just some of the students and staff from one of our predecessor colleges who were thrown into a conflict that scattered them across the globe. 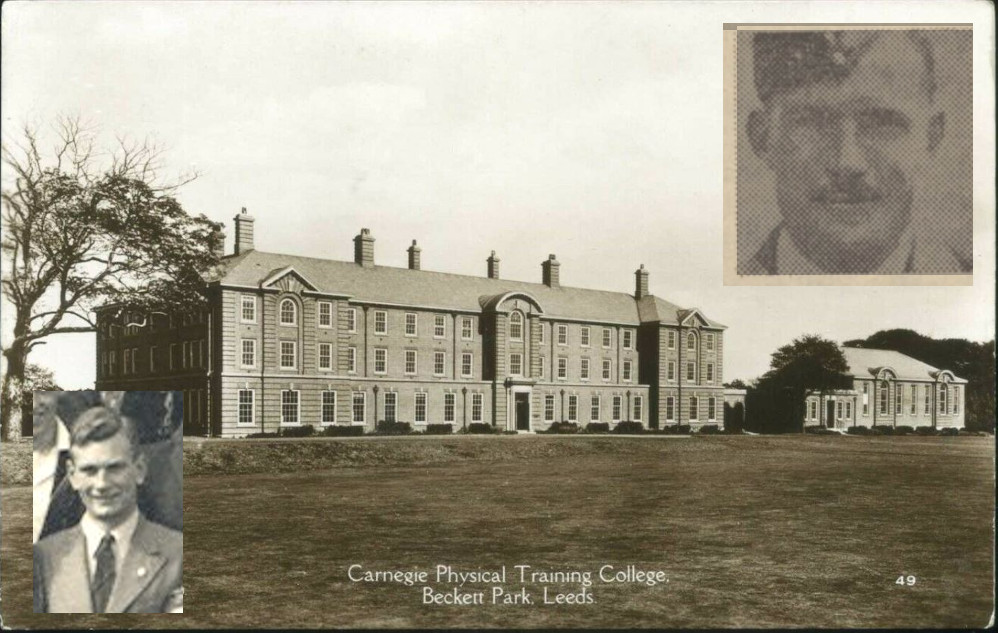 For many years a memorial to former students who attended the Carnegie College of Physical Training had been misplaced, only recently has it been uncovered. Luckily the seventeen students who lost their lives during WW2 were also recorded in our Archive, which allowed some research into their backgrounds.

The Carnegie Diploma course lasted for one year, and the students were already qualified teachers, some University graduates, who had decided to specialise in Physical Training. They all attended Carnegie between 1934 and 1938. On the outbreak of war about half of the men commemorated signed up to the RAF Volunteer Reserve (RAFVR). The students found themselves thrust into many different theatres of war, including Home Defence, Myanmar (Burma), Egypt, Libya, France, Greece, Germany and Italy. Among them was a recognised Flying Ace, a POW, Bomber and Tank Crew and a member of the secretive RSR (Raiding Support Regiment). They ranked as Pilot Offers, Lieutenants, Captains and Majors. There are seventeen remarkable stories to tell about the lives and deaths of these former students, who represent a generation of men and women put in positions they could never have imagined they would have to face. Here are just two, the sacrifice of Walter Beaumont and Norman Francis Astell.

Pilot Officer Walter Beaumont is a recognised hero of the Battle of Britain. He gained a BSc (Lond.) in 1935 and was a teacher at Enfield Grammar before the war; he attended Carnegie in 1937-38. In 1937 he was reputedly the very first man to enlist in the RAFVR. At the outbreak of war, he joined as a full-time pilot in 152 Squadron and after a brief spell at RAF Acklington in Northumberland was transferred to RAF Warmswell on the Dorset Coast. On 8 August 1940, he survived a forced landing after a dogfight over the Swanage area. Four days later his Spitfire R6831 was hit by a Junkers JU 88 in engagement over Portland, he bailed out safely, but his plane crashed eight miles out to sea. On 23 September the same year, he failed to return from a sortie and his Spitfire R7016 assumed crashed into the English Channel. In all, he claimed six enemy planes and damaged several more. Beaumont was awarded the DFC (Distinguished Flying Cross) posthumously gazetted on 22 October 1940 with the citation,’ displayed great skill and determination in air combat against the enemy…’.

Major Norman Astell’s war career began with the Green Howards (Yorks Reg.) as an Army PT Instructor. Before the war, he was a teacher at the Saltley College in Birmingham and attended Carnegie in 1936-37. Throughout 1942 he was transferred between army bases including Glasgow and Durban and at one point attached to the West Yorks Regiment. In December 1942 he arrived in the Middle East in No. 1 Infantry Training. A year later he was posted to HQ Raiding Support and in September 1944 was a Major in the RSR (Raiding Support Regiment), a small-scale raiding force formed in 1943 which had its base in Bari, Italy. Most of their operations were conducted in Yugoslavia, Greece and Albania working closely with partisan and guerrilla forces. On the 24 December 1944, Astell commanded a small dawn patrol that was ambushed by the ELAS (Greek Communist Resistance), machine-gunned in the upper chest he died of his wounds the same day. Astell was Mentioned in Dispatches and gazetted on 22 February 1945. He is buried in the Phaleron War Cemetery, a few kilometres south-east of Athens in Greece.


These two stories, representative of men and women who attended our predecessor colleges and institutions, document the courage and resourcefulness displayed during the conflict brought to an end in Europe on VE Day.