600 children aged four to 11 were withdrawn from the city’s Parkfield Community School this month over the No Outsiders programme in a series of weekly demonstrations by parents.

The news headlines last week have told the story of parental resistance to an LGBT curriculum programme in a Birmingham primary school. 600 children aged four to 11 were withdrawn from the city’s Parkfield Community School this month over the No Outsiders programme in a series of weekly demonstrations by parents. In January, more than 300 parents at the school, which is 98 percent Muslim, signed a petition calling for the lessons to be dropped from the curriculum.

The concerns about the curriculum are based on parental perceptions that the school is asking children to change their moral position on sexual relationships. Some parents are concerned that children are being indoctrinated to accept a moral viewpoint and that this is resulting in children becoming confused. Banners outside the school capture some of these concerns. The community has strong values and a conservative attitude towards sexuality. The parents deny being homophobic but some feel that their children are too young to be learning about same-sex marriage.

The parental complaints have triggered an investigation by Ofsted. The complaints have been unfounded but Ofsted has recommended the school further develop its engagement with parents so they all have a “clear understanding of the school’s policies and procedures, and the curriculum content and how it is taught”. There was no evidence that the curriculum focuses disproportionately on LGB issues and there was no evidence that the material was not age-appropriate.

This is not the first time that sexuality and religion have clashed. Schools must respect religious perspectives by not promoting one type of lifestyle over another.  However, schools also have legal responsibility to educate children about LGBT identities. The Public Sector Equality Duty which forms part of the Equality Act states that public sector bodies (including schools) must foster good relations between different groups of people. An LGBT school curriculum in primary schools does not focus on sex. It emphasises that there are different kinds of relationships, including same-sex relationships and that these are as equally valid as heterosexual relationships . Children need to be taught a curriculum which reflects the realities of life in modern Britain. Regardless of religion, they will encounter LGBT people in schools, communities, in colleges, universities and workplaces. Children need to understand the importance of respecting differences to prepare them adequately for life in 21st century Britain. Children need to be taught that prejudice is morally wrong and damages society. An LGBT curriculum in schools does not promote a sexuality or gender identity. It enables children and young people to recognise and respect people’s differences and it explores issues of prejudice, discrimination and bullying.

The government’s commitment to LGBT inclusion is clear. In 2017 the Prime Minister, Theresa May, attended the Pink News Awards. In her keynote address she demonstrated a firm commitment to protecting the human rights of the LGBTQ+ community. She demonstrated a commitment to eradicating homophobic, biphobic and transphobic bullying in schools and to providing children and young people with inclusive relationships and sex education. She stated that:

Homophobia, biphobia and transphobia have still not been defeated and they must be. Bullying in schools and on social media is still a daily reality for young LGBTQ+ people, and that has to stop. Trans people still face indignities and prejudice when they deserve understanding and respect… being trans is not an illness and it shouldn’t be treated as such.

Ofsted’s position is also clear. Chief Inspector, Amanda Spielman said the lessons were "about making sure they [children] know just enough to know that some people prefer not to get married to somebody of the opposite sex and that sometimes there are families that have two mummies or two daddies. It's about making sure that children who do happen to realise that they themselves may not fit a conventional pattern know that they're not bad or ill." Mrs Spielman also emphasised that "The essence of democracy is that we don't all get our way. We accept majority decision which means there will always be things that some of us don't like, but that is the very essence of it - accepting that we can't have 100% of what we want." 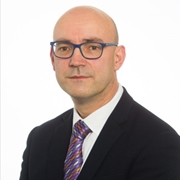 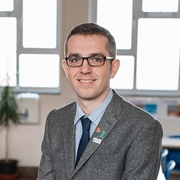