Whose knowledge, whose culture? Re-thinking theory through restorative approaches

A few years ago I was teaching a session on barriers to learning as part of a session concerning educational practice for adult students. We were using the classic motivation theory of ‘Hierarchy of Needs’ created (as I understood it) by psychologist Abraham Maslow in the 1940s. 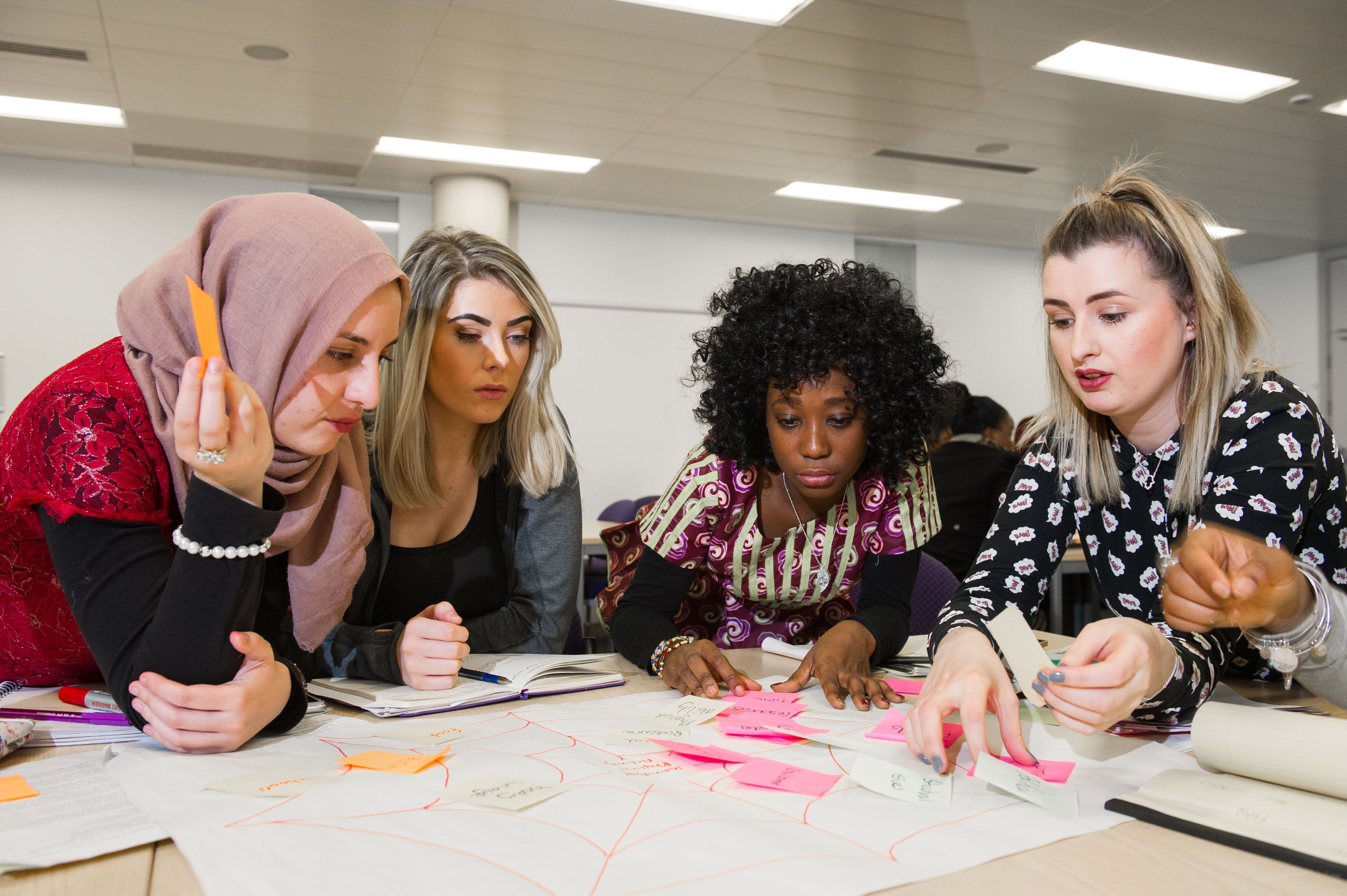 Maslow, like many theorists of his era and background, is a mainstay of teacher education, yet his well-used Hierarchy is problematic, and often meets with mixed responses. On this particular day, one student stated that the pyramid felt irrelevant to her for two reasons; firstly, there was no acknowledgement within its motivational frame of faith and spirituality, and secondly, the idea of communal development and collective ‘becoming’ was missing. We decided to cut up the hierarchy and flatten it out, exploring how it might look when viewed through an alternative understanding of humanity.

Not long after this event I came across the work of Cindy Blackstock, an indigenous scholar and activist. Blackstock’s ‘Breath of Life’ theory (2011) references Maslow’s 1930s visit to the Blackfoot reservation in Alberta, Canada and the way in which he studied the lives of First Nations people in order to inform his theoretical work. The wisdom of the aboriginal teachers and their contribution to knowledge is not acknowledged in his writing, yet the hierarchy itself is drawn directly from their lives and their teaching; and the pyramid, is in fact a tipi. The Blackfoot beliefs which form the basis of Maslow’s theory differ from his published interpretation in several important ways, however. Firstly, in Maslow’s conception, the original tipi is inverted; for the Blackfoot people, self-actualisation does not come at the top in terms of motivational progress, but is in fact at the bottom of the triangle, followed by community actualisation and finally, cultural perpetuity.  As Blackstock states: ‘…if Maslow had more fully integrated Blood First Nations perspectives, the model would be centered on multi-generational community actualization versus on individual actualization and transcendence.’ (Blackstock, 2011). I discovered that the original and authentic Blackfoot tipi model is much closer to the worldview of my student who valued collective and collaborative life; it can be viewed in Blackstock’s article.

Since this learning has taken place my own view of the world has changed - and I have continued to question the theories and knowledges so often held in front of us as absolute and complete truths. In contemporary education discourse, cognitive ways of knowing are privileged, and the white, European canon of knowledge continues to reign supreme in curricula across all levels of schooling. I have therefore turned to books such as ‘Towards What Justice?’ by Eve Tuck and K.Wayne Yang, ‘Braiding Sweetgrass’ by Robin Wall Kimmerer and ‘Indigenous and Decolonizing Studies in Education’ by Linda Tuhiwai Smith in order to move my thinking forward and open my mind to new possibilities. It was in this spirit of inquiry and problematisation that I took my first trip to the American Education and Research (AERA) Conference in Toronto last week; excited to be on Canadian soil and eager to find out what progress had been made in terms of acknowledging indigenous wisdom and the harm that had been done to communities since first settler contact in the late 1500s.

The conference, and many sessions I attended, opened with land and water acknowledgements which expressed reciprocity, relationality and relationships. Dedications from Elders and traditional music and dance were also important (and particularly pertinent, as the Canadian government prohibited First Nations people from practising these aspects of their cultures as recently as 1921). In our conference behaviour we were encouraged to adhere to the indigenous principle of ‘Dish with One Spoon’; taking only what we need, leaving enough for the next person, and cleaning up after ourselves. Restorative Justice was mentioned often as a corner stone; through practices of truth-finding, healing, not apportioning blame, and moving forward together, in spite of the harm that been done to First Nations people over many centuries. This reminded me of its educational iteration, Restorative Practice, which is often maligned when used to manage behaviour in UK educational systems. Like Maslow’s Hierarchy of Needs, RPs roots in indigenous beliefs are not always acknowledged or made explicit, and this appropriation often leaves out vital elements due to the clash of this system with the neo-liberal educational frameworks which surround and pervade it.

We are often told by traditionalist educators that we should teach, in the words of Matthew Arnold, ‘the best that has been thought and said in the world.’ The last two words are often missed out in this quotation, yet are vitally important if we wish to reframe and explore whose knowledge, and whose culture we are talking about.

After AERA I was left with the following questions. Why do we continue to ignore indigenous wisdom on which many of our educational theories rely? Along with the Blackfoot nation, which other thinkers are we failing to acknowledge in our teaching? What might happen if we begin to privilege other ways of knowing and being in the world? And - how can educators truly work to decolonise their curricula within neo-liberal systems which permeate and reinforce colonist practice? Taking a restorative approach requires us to explore these questions with humility, honesty and the willingness to confront our own role in the denial and promotion of colonialist practices.  It asks us to be truth-seekers and to provide space for healing, for those who have been harmed by our systems. I will continue to explore these questions with these practices in mind; remembering also, to acknowledge the original thinkers behind Maslow’s Hierarchy of Needs every single time I come across the theory in the future.

Kay joined the Leeds Beckett University in January 2019 as a Lecturer in Education and Childhood. Her specialism is teacher education (lifelong learning) and her background is in community and futher education, where she has taught a range of subjects.