The Impact of Brexit on UK Businesses

It is over a year since the referendum vote signalled the start of Brexit, and in that time UK businesses have experienced mixed fortunes.

Those companies that have a global presence have benefited from the fall in the pound, which has resulted in higher revenues being generated when the currency is converted back to sterling. On the other hand, those companies which purchase many of their raw materials overseas have seen significant increases in costs. Airlines like Easyjet could face additional costs of £90 million because of adverse currency movements, whereas retailers like Burberry, which generates 85% of sales abroad, have seen a sharp rise in sales both abroad and from overseas retail shoppers visiting its stores in the UK.

All companies are concerned about the nature of Britain’s exit from Europe, especially in terms of their EU employees. There are currently 3.3 million EU citizens in the UK: their fate has yet to be determined and will be the subject of intense negotiations during the exit talks. However, the Government has offered some reassurance to EU citizens with a residency permit that their status will remain unchanged. Whether the current or future EU citizens migrating to the UK will be afforded such privileges will depend on what is negotiated for UK citizens living in EU countries. Another point of concern is whether the UK will be an ‘associate’ or ‘member’ of the EU.

Member status would permit UK companies to trade freely within the EU without any imposition of tariffs, but may require the UK to accept free movement of all EU citizens – a point of contention that influenced the Leave vote in the referendum. Failure to agree on the status of Britain within the EU would automatically trigger World Trade Organisation tariffs of 10% for UK goods going to the EU market. However, the UK is a net importer of EU goods: the UK exports £220 Billion (44% of our trade) to the EU and we import £290 Billion (about 8%-17% of EU trade).

The first national survey to determine the views of senior business leaders on the referendum vote was undertaken by academics in Leeds Business School as part of the 2016 Britain's Most Admired Companies survey. The results of British companies from 27 industries revealed that 25% believed that there would be a negative influence on their turnover as a result of the referendum, while another 50% were unsure of what the impact would be and only 25% believed that the outcome would be positive. The most common view from the participants of the impact on company turnover estimated between a 1% and 20% reduction. Larger organisations forecast that due to their global presence they would benefit the most from the fall of sterling in the currency markets, as remittance to the UK would be higher due to the strengthened position of the dollar. Companies that rely more on the UK market were concerned about consumer confidence and the rising cost of purchasing raw material and products from overseas, which would ultimately result in rising prices for consumers. Unilever, one of the largest suppliers of key household brands, indicated that prices were forecast to rise in supermarkets due to rising costs of purchasing raw materials and products from overseas.

The government has realised that it will have to adopt a pragmatic fiscal policy to ensure that it stimulates an economic environment that provides opportunities for all UK businesses, especially as the UK currency is likely to remain at a deflated predicted position of 10% in the short to medium term. To offset a dip in the economy, the Bank of England was the first to respond by cutting the cost of borrowing from 0.5% to 0.25%. Furthermore, the Chancellor of the Exchequer has confirmed that additional funds will be made available for housing and infrastructure investments to stimulate the economy and provide opportunities to companies that are predominantly reliant on the UK market.

The nature of the negotiations, with the EU, on the UK’s exit out of the EU will be largely influenced by the outcome of the general election on the 8th of June. Whatever the political result history has revealed that the UK economy is resilient and robust to adapt to the new global entrepreneurial opportunities.

Dr Aftab Dean was part of the team led by Professor Mike Brown which produced the 2015 and 2016 editions of "Britain’s Most Admired Companies" for Management Today. Read the full results. 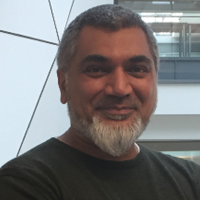 Dr Dean is the Deputy Director of the DBA at Leeds Business School.