The role of the government is to set and influence the public health agenda, and where relevant set expectations and boundaries for associated actors that have a role in supporting healthy behaviours

As such, the government has a responsibility to act through evidence collation, and ultimately, by developing associated policies, campaigns and other work. In the UK, several public health policies have emerged specifically focused on or with reference to obesity.

Health behaviours are influenced by environmental factors, and therefore development and implementation of policies are needed to drive change and create healthier food and drink environments. Governments must act despite corporate opposition, and must ensure that policies are strong, evidence based, and include regulation and legislation. Calorie reduction, marketing restrictions and sugar taxation are examples of government interventions.

In 2018, Public Health England (PHE) released the calorie reduction strategy. The strategy challenges the food industry to achieve a 20% reduction in calories by 2024 through reformulation and/or product size reduction to help individuals consume fewer calories without having to make conscious changes. PHE suggest that a 20% reduction in calories from everyday foods could prevent thousands of deaths, and save the NHS billions in healthcare and social care costs. The calorie reduction strategy is an example of a soft policy whereby industry are encouraged to make changes, based on government guidelines, but do not face fiscal regulation. This type of program relies on the social responsibility of industry, which in the past has been relatively ineffective. The primary reason for this, is that the commercial determinants of health (i.e. the strategies and approaches used by industry to promote products and choices) stem from the drive of industry to maximise shareholder value, and not from the desire to improve population health.

Banning the marketing of unhealthy foods to children

Companies market unhealthy food and drink to children through a range of platforms including television, radio and product placement in movies and games. Most of this marketing is for food and drink with a high fat, sugar or salt content, which are associated with increased risk of overweight and obesity.

In 2004, the World Health Organisation’s Global Strategy on Diet, Physical Activity and Health encouraged action against marketing of unhealthy food and drink products. Governments were encouraged to support self-regulatory developments for industry, and to develop regulations to restrict the advertising and marketing of energy-dense, nutrient-poor foods and drinks to children.

Since 2007 in the UK, ‘adverts for both food and drink are prohibited during, and immediately before or after, programmes commissioned for, principally directed at or likely to appeal particularly to audiences below the age of 16’. Although promising reductions in children’s exposure to marketing on TV have been noted, a range of other sources of promotion still exist such as the sponsorship of sporting and cultural events. No matter how socially responsible an organisation is, making changes to marketing and other corporate practises, goes against the business interests of commercial actors. As such, there is scope for governments to take stronger action to increase restrictions of junk food advertising to children and young people.

Food and drink choices are in part dependant on price, and thus increasing cost can reduce purchase and consumption. Several countries across the world have implemented sugar taxes to reduce consumption of sugary drinks, with promising initial results from countries including Mexico where a 7.6% decline in sugar drink purchases has been noted over a two-year period.

In the UK, a Soft Drinks Industry Levy (SDIL) was announced in 2016 and implemented in 2018. The SDIL is a form of sugar tax, but encourages manufacturers to reformulate products and reduce their sugar content to avoid paying a levy. Between the announcement in 2016 and its implementation in 2018, 50% of manufacturers reduced the sugar content of their drinks. This form of fiscal regulation is a form of a hard law, where companies must abide by it or face legal consequences.

Empirical evidence, including research informing government reports, acknowledge the complexity of obesity. Consequently, to support public health including improved health behaviours that are suggested to reduce health conditions such as obesity and diabetes, greater actions that are not in isolation are required. Moreover, the UK government must take responsibility to engage the multiple actors within the UK to support, and not hinder, improved public health efforts. This opposes Matt Hancock’s (the UK Government Health Secretary) recent stance focusing on individual responsibility, “We need to do far more to personally take responsibility for our own health” 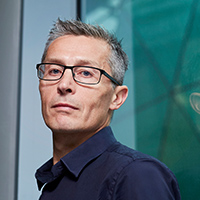 Dr Stuart Flint is a psychologist with a specific interest in the psychosocial effects of obesity; in particular obesity stigmatisation and discrimination, conscious and unconscious attitudes, body image, attitude and behaviour change and factors that influence exercise participation. Stuart previsouly lectured at Leeds Beckett.

Gemma is a former research assistant in the Carnegie School of Sport.