Public relations is a stressful occupation. According to the Chartered Institute of Public Relations (CIPR) annual member survey, ‘heavy/unmanageable workload’ is the top factor contributing to workplace stress (59%), followed by ‘unrealistic deadlines or expectations from colleagues’ (46%).

In the PR agency/consultancy sector, which is my area of interest, 73% of the CIPR’s respondents reported high levels of stress compared to their in-house counterparts where the average across sectors is 61%. While many other factors that contribute to workplace stress are cited in the CIPR’s report, a common thread linking many factors is the emotionally-demanding nature of the work.

‘Emotional labour’, first coined by the sociologist Arlie Russell Hochschild (1983), is common to many service-orientated occupations and involves the management of one’s own feelings and the feelings of others through face to face or voice to voice interactions. It is highly relevant to the work of PR practitioners, especially women, who are employed in large numbers at the lower and middle levels in PR firms, where the client’s demands influence the level of service provided. Unlike other business consultancy services, however, public relations firms have other relational demands: those of handling the news media, and increasingly, social media influencers (SMIs). These relationships are mediated within the agency setting, which itself has ‘feeling rules’ or socio-emotional norms for the practitioner to negotiate. From my interviews with practitioners at executive through to agency director levels, I found that practitioners adopted a range of emotion management strategies in their day-to-day professional interactions in order to earn a client’s trust – while becoming highly skilled in doing so.

Indeed, I would go as far to argue that emotional labour is a defining feature of the professional role. To some extent this is recognised by PR recruiters in their requirement for emotional intelligence (EI) as a personal attribute (CIPR, 2019). However, the emotional labour concept covers the negative consequences of intensive service interactions. As such, within a fiercely competitive business environment, there may be an unwillingness among some PR recruiters to address the emotional costs of the job.

In my book (Yeomans, 2019), I argue that although technological developments are changing the nature of PR work, the need for the practitioner to manage a myriad of relationships will not go away, even if these relationships are mediated remotely or online – prompting the requirement for different forms of emotional labour. Finally, while researchers have begun to address the socio-cultural aspects of public relations work by examining the experiences of practitioners to explore power, race and cultural difference, few have directly addressed the emotional dimension of public relations work contextualised and understood within contemporary neoliberal capitalism and promotional culture. 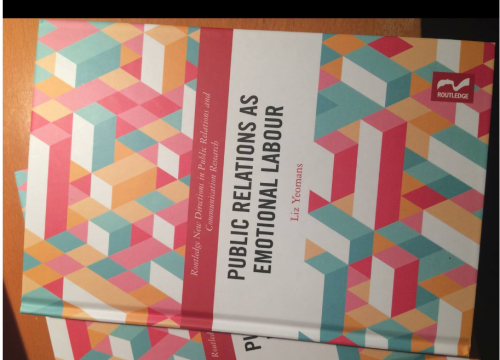 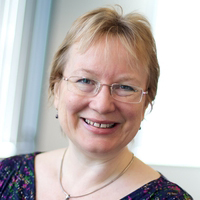 Dr Liz Yeomans was Reader in Public Relations and Communication at Leeds Business School, Leeds Beckett University until her retirement from full time academic work in January 2019. She continues to supervise doctoral work at LBU, and is peer reviewer for journals in public relations and communication management. She remains interested in the emotional dimension of organisations and public relations’ role in society and culture. Liz continues to pursue other research and writing projects.