Talk to highlight growing use of foodbanks in UK

A free talk to highlight the growing use of foodbanks in the UK will take place at Leeds Beckett University on Thursday 4 May. Dr Kayleigh Garthwaite, a Post-Doctoral Research Associate at Newcastle University, will discuss her research into a Trussell Trust foodbank in North East England. The talk will take place from 3-4.30pm at the University’s city centre Rose Bowl building. Places are free and can be booked here.

Dr Garthwaite explained: “This week the Trussell Trust released their latest figures which showed that almost 1.2 million emergency food parcels were handed out in the past year, up 6.4% on the previous year, and the ninth successive year in which Trussell Trust figures have increased.

“My research has found that benefit sanctions, delays and changes are the most common reasons why people need to use foodbanks; however, a combination of multiple hardships - debt, ill health, precarious, poorly paid jobs - are also key factors.

“Many people are happy to offer charitable assistance to foodbanks but this should not be to the exclusion of asking why, in one of the richest countries in the world, almost 1.2 million emergency food parcels were handed out last year. We need to remember that behind every tin of food donated is a person with a reason for being there, and we need to listen to them. Not only that, but organisations that offer charitable food, in whatever guise - foodbanks, community shops, food pantries – must shout far and wide about the reasons these are needed to begin with.

“Anyone interested in the stories behind the statistics, and what it feels like to use a foodbank, should come along to this talk.”

Dr Garthwaite conducted hundreds of hours of interviews with foodbank volunteers, staff at referral agencies, people who donated food, and people who used the foodbank. She added: “I argue that every individual deserves access to food, irrespective of supposed behavioural 'choices', and call for foodbanks to remain shocking and outrageous rather than an accepted feature of society.” Her research informed her 2016 book, Hunger Pains: Life Inside Foodbank Britain, which won second place in the BSA/BBC Radio 4 Thinking Allowed ethnography award 2017.

Her talk will also be the launch of a series of talks of the new social change programme at Leeds Beckett University within the Centre for Applied Social Research (CeASR). For more information, please click here.

The second talk will take place on Tuesday 16 May where Sabin Bieri will look at subsistence farming as a strategy to alleviate poverty for women in the Global South, drawing on ongoing research across several landlocked countries. On Tuesday 23 May, Sasha Roseneil will examine how people in Yorkshire are dealing with social changes out of their control: such as climate change, de-industrialisation and the intensification of population change.

Dr Natalia Gerodetti and Dr Laura Davies, Co-Leads of the CeASR Social Change programme and Senior Lecturers in the School of Social Sciences at Leeds Beckett University, said: “This lecture series launches what we hope will become an established series of events in the CeASR Social Change programme, exploring and developing the research interests within the group around work, care, migration, space and belonging and health and technology as well as activism towards social change.” 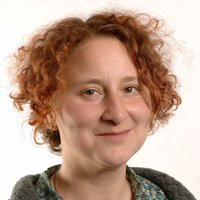