09 July 2015
A Leeds Beckett University lecturer has been appointed as Team Manager for Athletics Ireland at the 2015 European Athletics Junior Championships in Sweden.

Dr Peter Francis, a senior lecturer in the School of Rehabilitation and Health Sciences at Leeds Beckett, will lead the Irish team for the event at the Ekängens arena in Eskilstuna, Sweden, which takes place between 16 and 19 July.

With 1038 athletes and 440 coaches and staff from 47 countries, the European Athletics Junior Championship in Eskilstuna will be the biggest ever junior championships. The first European Athletics Junior Championship was held in 1970 and the championship is arranged every other year. It is an opportunity for the stars of tomorrow to make a great impression on the international athletics scene and to acquire some experience from a major, international event.

Speaking about the role, Peter said: “To get the team manager position is an incredibly proud moment for me and a huge honour to lead the team at the Championships. Representing your country is something never to be taken for granted and I feel privileged that I get to represent Ireland in an area of sport I am so passionate about.”

Explaining his route into coaching, Peter continued: “Due to the volume of injuries I sustained as an athlete, my own running career was cut short and I began to coach athletics aged only 19. In 2011, I was invited by Athletics Ireland to join them on a training camp in Portugal to provide sports science support and athlete education. As I was studying for my coaching qualifications, I realised that the knowledge that was being given to coaches in terms of sports science could be improved and I decided to develop a coaches continuing professional development (CPD) programme to ‘up skill’ the coaches in Ireland.

“Subsequently I’ve been on more training camps with the Irish athletics team and my relationship with them has evolved and continued to develop over the years.”

Looking ahead to the championships, Peter said: “Things have progressed massively with Irish athletics in terms of athlete support and the development of the Irish Institute of Sport over the last few years and I’m excited to be part of it. At the championships my main aim is to be as athlete-centred as possible and my role first and foremost is to facilitate their performance.  The championships provide a great opportunity to help the athletes to continue to develop and gain vital experience of the pressures and challenges of performing at championship level.” 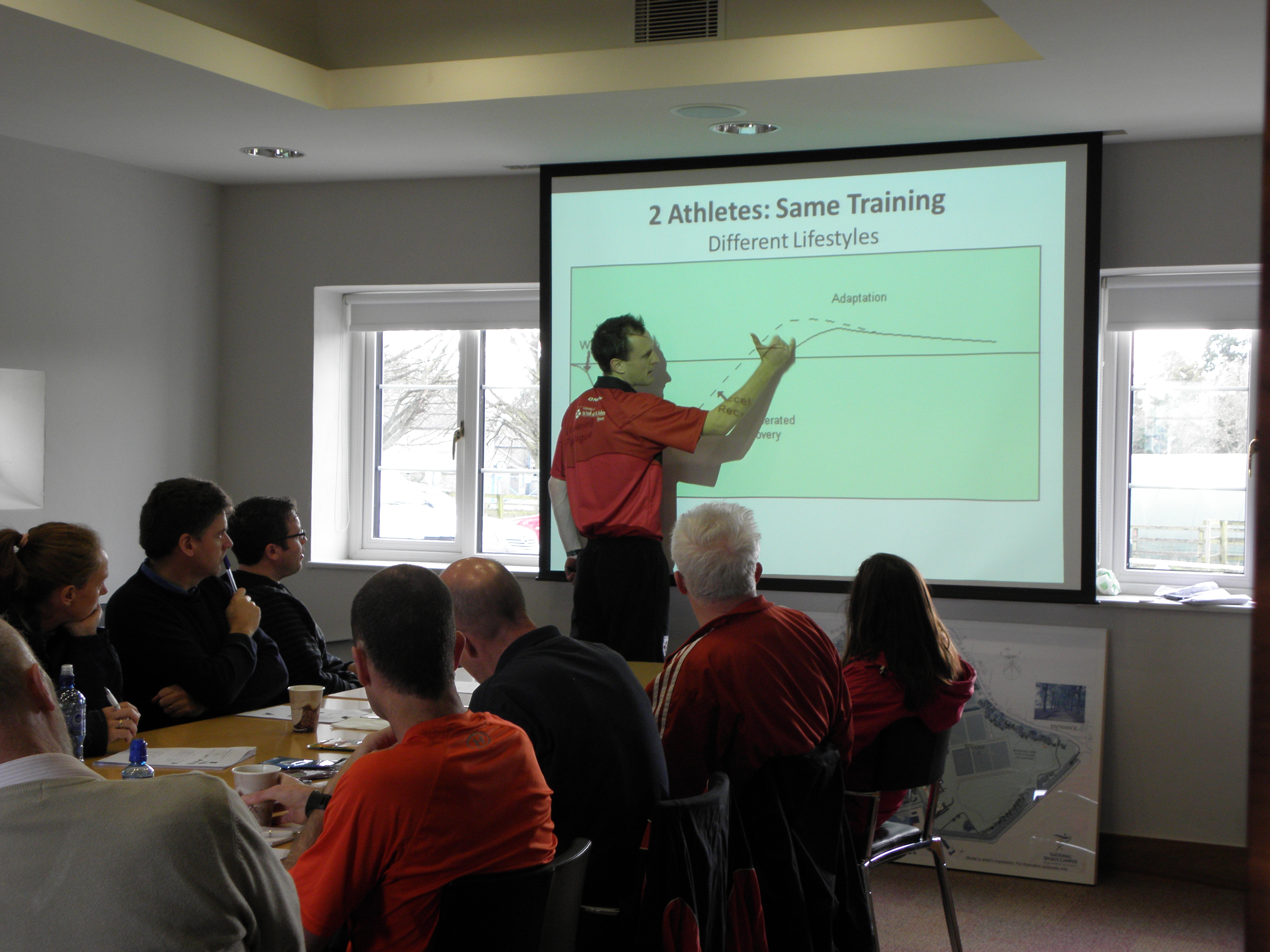 Dr Peter Francis has been a senior lecturer in sport and health science at Leeds Beckett University since September 2014, having previously worked in the same area at the University of St. Mark and St. John, Plymouth. Peter works across programmes in the area of sport and exercise therapy and physiotherapy. Awarded the Roadbridge Medical Research Scholarship at the University of Limerick in 2010, Peter conducted research which investigated age-related change in muscle quality (mass, strength, function). Subsequently, as part of a research team, Peter investigated the role of exercise and nutrient support in improving muscle quality. This work was submitted for the award of PhD in June 2014.

With a keen interest in high performance sport, Peter has worked at the performance laboratory of the Irish Institute of Sport on two occasions, prior to the Beijing and London Olympics. Peter became an accredited performance physiologist with the institute in March 2013, with a case study specialising in marathon running. Peter has a BSc in Sport and Exercise Science and a BSc in Physical Therapy and regularly conducts applied work in these areas, most notably on behalf of the athletics association of Ireland. Peter has a keen interest in chronic lower limb injury in endurance athlete’s as well musculoskeletal health across the lifespan.