24 August 2015
A conference which will investigate the role of theory in architecture is to take place at Leeds Beckett University.

This Thing Called Theory, the 12th International Architectural Humanities Research Association conference, will take place at Leeds Beckett from 19 -21 November at the University’s award winning Broadcasting Place building and other venues in the city centre. 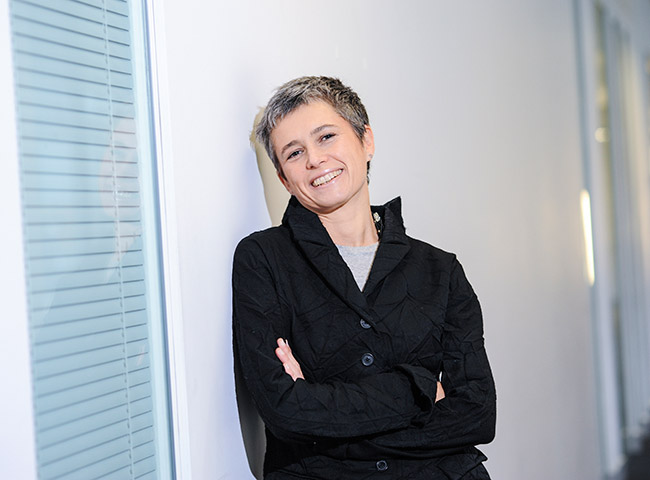 Conference organiser, Teresa Stoppani, Professor of Architecture in the School of Art, Architecture & Design at Leeds Beckett University, said: “Over the last decade the practices of architecture have transformed and diversified, and so has the relationship between the designs, representations and makings of architecture and their surrounding discourses. Today, in an age of extreme specialisation, architecture continues to reinvent itself. As architecture reconsiders its status as a discipline in relation to digital technologies, material sciences, biology and environmental transformations, it continues to resort to practices developed ‘outside’ architecture. This conference will allow an opportunity to reflect on the role of theory within architectural practice with a number of expert speakers from around the world.”

Andrew Benjamin is Professor of Philosophy and Jewish Thought at the Faculty of Arts at Monash University in Melbourne and Anniversary Chair at the Faculty of Arts and Social Sciences at Kingston University in London. Professor Benjamin’s field of work and research as thinker and writer is philosophical aesthetics, dealing with the relationships between painting, architecture, philosophy and aesthetics.

Mario Carpo is Reyner Banham Professor of Architectural History and Theory at the Bartlett School of Architecture, University College London. His research and publications focus on the relation between architectural theory, cultural history, the history of media and information technology.

Mark Cousins is Director of Histories and Theory Studies at the Architectural Association in London, and Guest Professor at South-Eastern University in Nanjing. He has been Visiting Professor of Architecture at Columbia University and at the University of Navarre, a founding member and Senior Fellow of the London Consortium, a member of the Arts Council, and consultant to the practice of Zaha Hadid.

Cynthia Davidson is executive director of the nonprofit Anyone Corporation in New York and editor of ANY (Architecture New York) magazine (1993-2000), the ANY book series (1991-2000), Log (2003-present), and the Writing Architecture book series (1995-present) published with MIT Press.

Sylvia Lavin is Professor at the Faculty of Architecture and Urban Design at UCLA in Los Angeles. Her work as historian, critic and curator explores the limits of architecture across a wide spectrum of historical periods. In her most recent book Flash in the Pan, published in 2015 by the Architectural Association Press, professor Lavin investigates the convergence of notions such as liveness, the provisional and the obsolete in revealing qualities of the contemporary.

Teresa Stoppani is a Professor of Architecture in the School of Art, Architecture & Design at Leeds Beckett University. Teresa’s research focuses on the relationship between architectural theory and the design process in the urban environment, addressing in particular the influence of other spatial and critical practices on architecture.