‘Is there life for women after 50? You’d better believe it!’ – Leeds event celebrates women getting older

24 August 2017
A Leeds Beckett University Media Professor will ask the public, ‘is there life for women after 50?’, at a free event held in Leeds.

Taking place on Wednesday 6 September from 12.30-1.30pm in the Sullivan Room at Leeds Town Hall, Professor Jayne Raisborough will discuss her research: ‘Is There Life After 50? You'd Better Believe it! Women Celebrate Getting Older.’

Jayne, who is Professor of Media in the School of Cultural Studies and Humanities at Leeds Beckett, explained: “Most of what we know about getting older comes from the media – and much of that is telling us that we should be doing all we can to look youthful!  We should be looking ‘10 years younger’, stopping the appearance of those fine lines, dyeing our hair, whitening our teeth, and we should be considering cosmetic surgery for all the bits that potions and lotions can’t reach. Women over 50 are spending an average of £2,000 per year on anti-ageing creams in a £multi-million anti-ageing market. 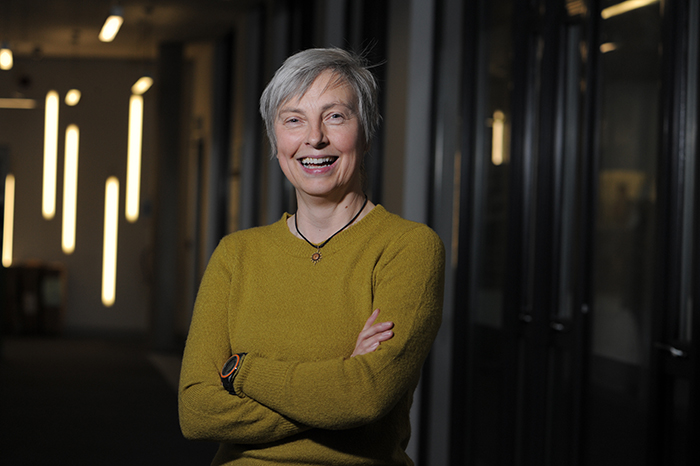 These questions were Jayne’s starting point when she began her research into the topic, interviewing more than 60 women aged from 40 to 101 to explore what was good about being older and getting older. Jayne felt that anti-ageing was a poison that dripped into all aspects of our lives and invited other women to join her in making an antidote.

Jayne said: “All of the women I spoke to were angry or bemused at the cult of youth and spoke with passion about what age had given them."

Some of the stories were made into a short film which will be shown at the event at Leeds Town Hall. The film, Women and Ageing, made by Mark Bader and produced by Dee Rudebeck, was a shortlisted finalist in the 2016 Women Over Fifty Film Festival. It features women learning new skills, taking on new adventures, exploring their creativity and a deep contentment that comes from being happy in one’s own skin.


Women And Ageing from Mark Bader on Vimeo.

Jayne added: “Ageing, especially advanced age, can bring more challenges like loneliness and some illness. However, on the whole, these women regarded ageing as a gift and found ways of working around some of those challenges: like getting online, making more contact with others, refusing to be addressed as ‘dear’, and getting involved with politics or local events.

“My research shows that few of the problems of age come from the ways we look rather from the way we are looked at - it is the stereotypes of older women that are the problem.  The secret of age doesn’t come in having fewer wrinkles but from deeper connections with others, a new confidence in work for those over 50, more ‘attitude’, a deeper appreciation of things in life, developing new passions and staying interested in the world. As Victoria, one of the women in the film says, ‘there is so much more to being older if only society could see it’.  The first step may be to stop buying those magazines, lotions and potions and brave the world without our 'face' on!”

The event, which takes place ahead of Older People’s Day on Sunday 1 October, is part of Leeds Cultural Conversations – a series of free lunchtime talks organised by the Centre for Culture and the Arts at Leeds Beckett University. To book a place, please click here.

Jayne wants to use the event to celebrate age and ageing and to discuss way that we can tackle anti-ageing when it impacts on our lives. She said: “What the women that I interviewed said suggests that there’s a lot about age that we can celebrate, not hide or mask: women spoke about having more confidence, freedom from the male-gaze, ability to take risks, appreciating family and friends more and generally growing to like oneself. All of these women refused to be written off by the poison of anti-age. They refused to see signs of age as weakness: rather they embraced them for they were hard earned.  The women were determined to enjoy life – and they wanted media representations that reflected their reality of age!”

Jayne is now co-writing a book called Women and Guns as well as researching representations of the NHS in newspapers with colleagues from the University of Brighton and University of Surrey.

She has written more than 20 journal articles and book chapters and authored the 2016 Routledge book, Fat Bodies, Health and the Media.